If you have a question you’d like an expert to answer, send it to curiouskids@theconversation.edu.au. Where did rats first come from? – Lewis, age 7, Brisbane. Rats are everywhere – at least everywhere that humans are. In almost every big city in the world, rats are eating our rubbish, breeding in our buildings, and running through our streets. But there are lots of different types of rat. And where they originally came from depends on which rat species you are talking about (species means they’re of the same animal type). Read more: Curious Kids: Where did the first person come from? Black rats and brown rats There are two rat species that usually live in cities. One is the black rat (what scientists would call Rattus rattus). They’re sometimes called the “ship rat” because they’ve been spread around the world on ships. They’re also known as the “roof rat” because they like to live in roofs. Rattus rattus is originally from India and began to live with humans more than 4,000 years ago, and slowly spread west into Europe about 3,000 years ago. 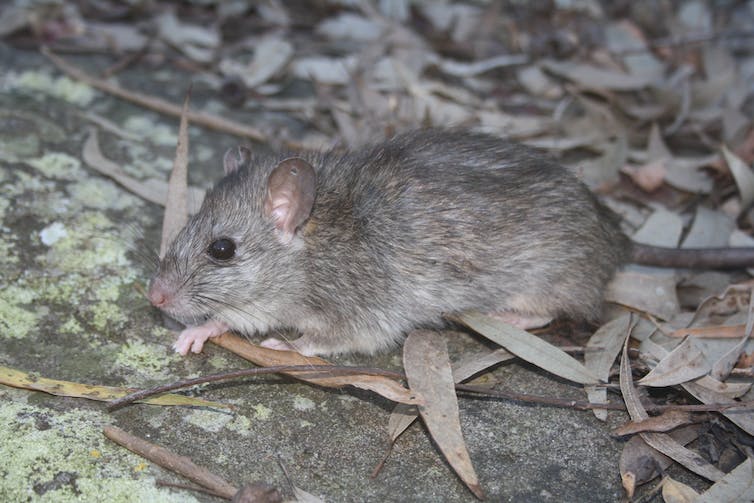 Here is a black rat. Mal Weerakoon, Author provided Then there’s the brown rat (which scientists would call Rattus norvegicus). They are twice as big as black rats. They’re the main city rat in Europe and America, but they live in Australia too. They’re also known as the sewer rat (because they like to live in drains) or the Norway rat (because people mistakenly thought they came from Norway.) Most pet rats and lab rats are brown rats. They originally came from China and spread around the world later than black rats. They probably arrived in Europe around the 1300s and spread worldwide in the late 1700s. Black rats are the most common species in Australian cities but brown rats can be more common in older inner-city areas. There are a lot of brown rats in Brisbane, so chances are you have seen one. Both black and brown rats came to Australia with Europeans on ships, which is how they spread to many other places in the world too. Skeletons of black rats were found in the gun barrels of Dutch ships that sank off the west coast of Australia in 1616, but black rats probably entered Australia with the First Fleet in 1788. Some Europeans thought at first these rats were a native Australian species, as they look quite similar to local rats and liked living in our native trees. But now we know they arrived with the Europeans. Brown rats also probably arrived with the British but we don’t know exactly when. Cities are perfect for rats City rats have three main secrets to their success. First, they eat pretty much anything. Second, they produce lots of babies, and fast. A female can have up to 12 pups in a litter, every month, and those babies can breed in just a few months. And third, they’re bold but smart and have worked out what’s safe and what’s dangerous in the city. It’s no wonder rats survive and thrive in the city. 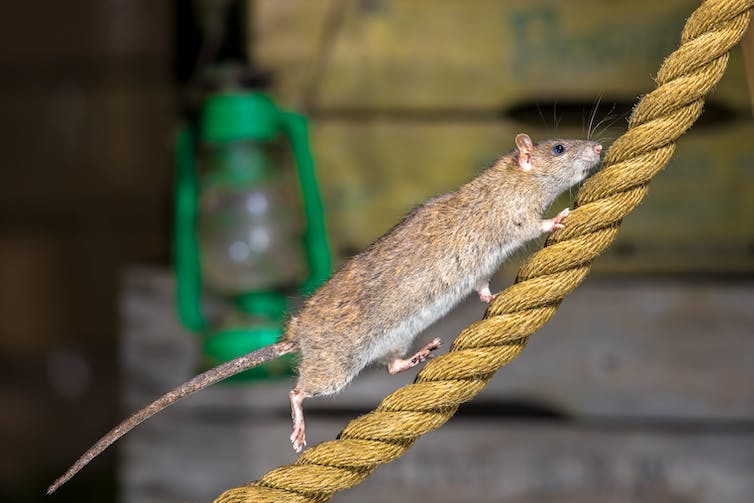 Brown rats originally came from China. Shutterstock Australian native rodents Rats are a type of animal called a rodent. There are about 2,200 different species of rodents, including mice, squirrels, guinea pigs, beavers, and many more. Rodent-like mammals have been around for 66 million years, appearing soon after dinosaurs went extinct. They are now spread across the globe. Australia has more than 60 species of native rodents that evolved here, and rodents make up a quarter of all our native mammal species. Our largest is the water rat (Hydromys chrysogaster), which can weigh more than 1kg. That’s more than four times the size of black rats! You still sometimes see them in cities like Sydney, Melbourne, and Perth. The smallest is the delicate mouse (Pseudomys delicatulus), which weighs less than 10g and lives in Australia’s central deserts. Unfortunately, many of Australia’s native rodents are threatened with extinction, mostly due to introduced predators like foxes and feral cats. 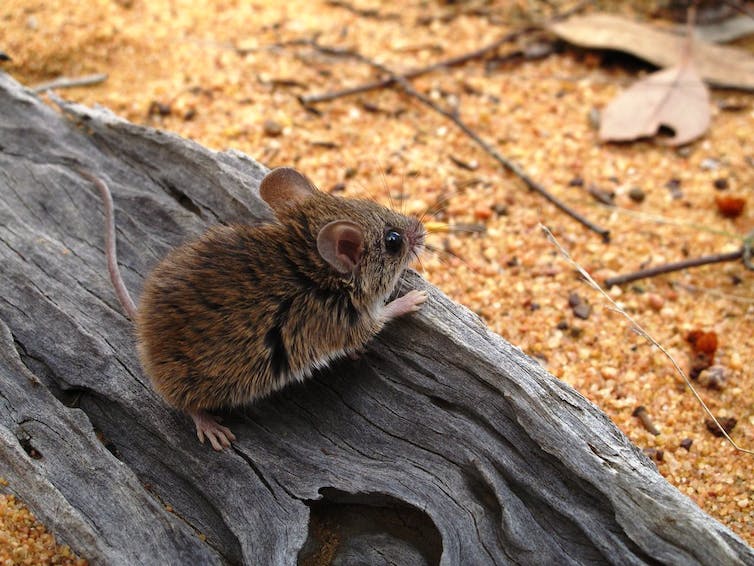 A delicate mouse weighs less than 10g. beyondandgas/flickr, CC BY Read more: Curious Kids: how can penguins stay warm in the freezing cold waters of Antarctica? Hello, curious kids! Have you got a question you’d like an expert to answer? Ask an adult to send your question to curiouskids@theconversation.edu.au