On a sunny day in Sydney last Sunday Tim Flannery, former Australian of the Year, appeared on a panel of international journalists convened to discuss the reporting of climate science. Kerry O’Brien kicked things off by asking about the prognosis. Flannery said he wouldn’t answer until the young people at the Sydney Opera House had been given a chance to leave. Things were so dire he feared for their mental health.

My first reaction was that Flannery had developed a taste for the theatrical. No. In the conversation that ensued it became clear that the world cannot avoid 1.5 degrees of warming and the devastating damage that entails, and many far worse scenarios were in play. Flannery’s deep anger and distress was palpable. He said that once he’d viewed climate sceptics with the same indulgence you might afford an eccentric uncle, but now the gloves were off. Deniers were destroying the lives of our children.

Many countries are gripped by policy paralysis, he said, Australia chief among them. And journalism has utterly failed to convey the urgency and magnitude of the problem. Kyle Pope, the editor and publisher of Columbia Journalism Review, told the Antidote festival audience that in 2018 the major TV news networks in the US aired just two and a half hours of climate coverage. In the three prime-time US general election debates in 2016 there was not a single question on the topic.

So how do responsible journalists sound the alarm without sounding alarmist? At The Conversation we are committed to bringing you the voices of scientists and researchers who understand the evidence. We think the proper role for journalism is to provide the clean information that is the lifeblood of democracy. But we also understand it’s vital that these messages gain traction beyond the academic communities from which they emanate. 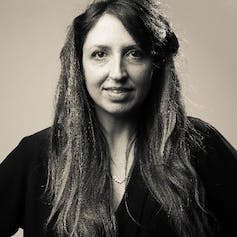 With this in mind we have recently appointed a new editor to lead our coverage of Environment & Energy. Nicole Hasham is a Walkley Award-winning journalist who for the past four years has been based at Parliament House covering environment and energy for the Nine/Fairfax newspapers.

Nicole will remain in the Canberra press gallery for The Conversation, bridging the gap between policymakers and scientists, and promoting a more informed discussion based on evidence and solutions. She will work alongside the deputy section editor Madeleine De Gabriele and will build on the work of her predecessor Mike Hopkin, who is now our Science and Technology editor.

The Conversation Australia has also joined more than 170 other media outlets in an initiative called Covering Climate Now, co-founded by the Columbia Journalism Review and The Nation. The idea is to provide a single week of dedicated high quality coverage of climate change ahead of the United Nations Climate Action Summit in New York on September 23.

We see this as the beginning of a new phase in our climate coverage, a vital conversation between scientists and politicians. We don’t want to be alarmist, but if Flannery and the scores of scientists who share his view are right, we are sleepwalking toward disaster. We cannot rest until the scientists are being heard, and solutions are in place that can provide a secure future for all our children.