Two weeks after the September 12 Democratic presidential debate, Joe Biden continues to lead with 29.0% in the RealClearPolitics Democratic national average, followed by Elizabeth Warren at 21.4%, Bernie Sanders at 17.3%, Pete Buttigieg at 5.8% and Kamala Harris at 5.0%.

No other Democrat candidates have more than 3% support. And the last three polls average to a tie between Elizabeth Warren and Joe Biden.

Since the debate, there have been gains for Biden, Warren and Buttigieg, and a continued slump for Harris. After the first debate on June 26 to 27, Harris surged from about 7% to 15%. Now, she has lost all that support and can no longer be considered a top-tier candidate.

The contests that will select the Democratic presidential candidate will be held between February and June 2020, with four states permitted to hold contests in February.

Iowa (February 3) and New Hampshire (February 11) are the first two states, so doing well in one of them is important. To win any delegates, candidates need at least 15% in a particular state or congressional district. 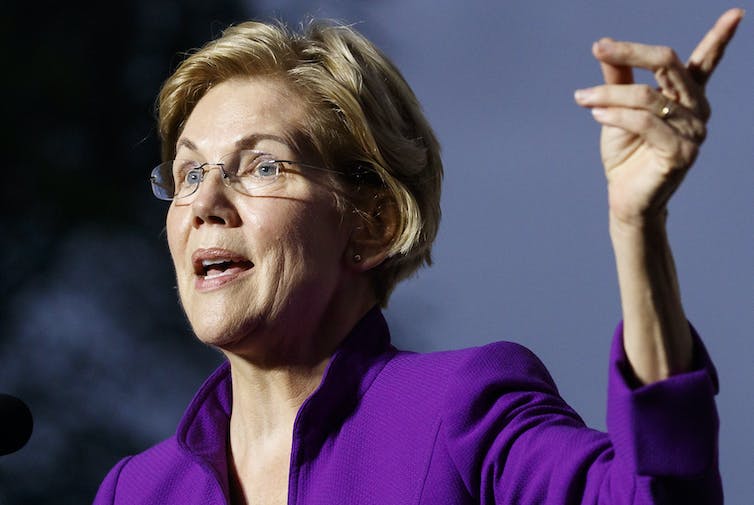 Elizabeth Warren is surging into the Iowa lead with 23.0%, followed by Joe Biden. Justin Lane/EPA

There have been three Iowa polls conducted since the debate, including one by the highly regarded Selzer poll. The RealClearPolitics average shows Warren surging into the Iowa lead with 23.0%, followed by Biden at 20.3%, Sanders 12.0%, Buttigieg 11.3% and Harris 5.3%. The one post-debate poll in New Hampshire also has Warren leading with 27%, followed by Biden at 25%, Sanders 12% and Buttigieg 10%.

Read more: In the Democrats' bitter race to find a candidate to beat Trump, might Elizabeth Warren hold the key?

In South Carolina, where black voters made up 61% of the 2016 Democratic primary electorate according to exit polls, Biden leads by over 20 points, though none of those polls were taken since the debate. South Carolina votes on February 29.

The next Democratic debate will be on October 14, with the same rules for participation as in the September debate. At least two more candidates will qualify, and this will mean a two-night debate with the 12 candidates split over these nights. The participation threshold has been increased for November and further debates.

Trump’s ratings rise, likely due to the economy

In the FiveThirtyEight poll aggregate, Donald Trump’s ratings are currently 42.9% approve, 52.8% disapprove (that equates to a net -9.9%) with all polls.

With polls of registered or likely voters, his ratings are 43.8% approve, 52.1% disapprove (net -8.3%). Trump’s approval has not been higher since November 2018. But since my September 5 article on the polls, Trump’s net approval has risen about three points.

In August, there were prominent predictions of a recession, and the Dow Jones tanked. In September, there has been far less recession talk, and the Dow recovered its August losses. The economy likely explains the recovery in Trump’s ratings.

Will Trump’s ratings take damage from the impeachment controversy?

On September 24, Democrats launched an impeachment inquiry over allegations Trump attempted to get incriminating material on Biden from the Ukraine, including by threatening to withhold funds.

The next day, a White House memo of Trump’s phone conversation with Ukrainian President Volodymyr Zelenskiy showed Trump asked for “a favour”, and for Zelenskiy to “look into” Biden.

I do not believe this affair will do lasting or serious damage to Trump’s ratings: the better-educated voters already detest him, and the lower-educated will be far more concerned with the economy.

Removing a president from office requires a majority in the House and a two-thirds majority in the Senate. Democrats control the House, but Republicans have a 53-47 Senate majority. So there is very little chance of Trump being removed before the November 2018 election.

Impeachment may not do lasting or serious damage to Trump’s ratings. AAP Image/Mick Tsikas

Biden’s electability argument is enhanced by these figures. The pro-Trump Rasmussen polling company showed Trump leading Biden by four, but did not poll other match-ups. Without this Rasmussen poll, Biden would be placed 10.0 points ahead.

Why is Biden doing much better against Trump than other Democrats?

I think a key reason is he sometimes says things that are not politically correct, which the media construe as gaffes.

But those with a lower level of education are very dubious about the values of the “inner city elites”. Saying things the elite disagree with probably makes some Trump 2016 voters more comfortable supporting Biden than Warren.

There have been four major upsets in the US, UK and Australia in the last three years: the June 2016 Brexit referendum, Trump’s November 2016 victory, the UK Labour surge that produced the current hung parliament in June 2017, and the Australian Coalition’s triumph in May 2019.

My theory is the Remain campaign, Hillary Clinton and Australian Labor performed worse than expected because they were all seen as too close to the “inner city elites”.

In contrast, UK Labour adopted a pro-Brexit position before the 2017 election, and this assisted them as they were not seen as serving elite opinion.

To win elections, perhaps the left needs to break free of elite opinion in ways that do not compromise its core agenda. 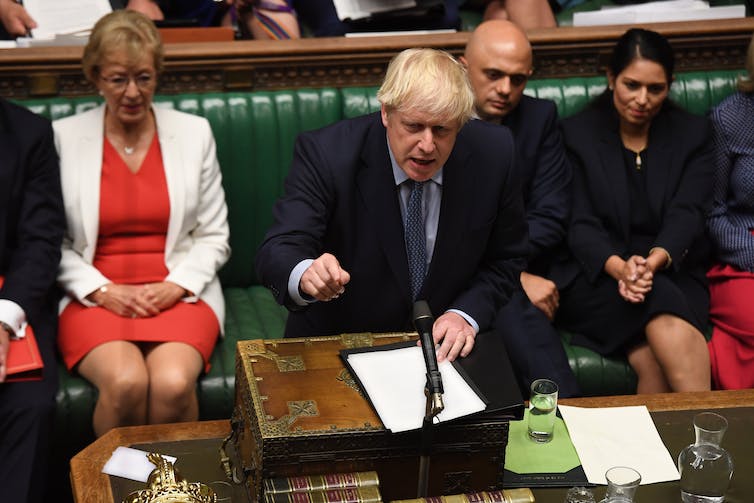 The UK’s Brexit referendum is among four major upsets in recents years that may show the left need to break free of elite opinion to win elections. Jessica Taylor/EPA

On September 24, the UK Supreme Court – the highest UK court – ruled the prorogation of parliament was illegal. The House of Commons resumed sitting the next day. Had parliament still been prorogued, the Commons would not have sat until October 14.

With both parliament and the courts hostile to Prime Minister Boris Johnson, it is unlikely he can deliver Brexit by October 31 as he has promised.

As I wrote for The Poll Bludger in mid-September, parliament bears a large portion of responsibility for the Brexit shambles as it can only agree to procrastinate. It cannot agree to any method to resolve Brexit.

I recently wrote for The Poll Bludger about the September 17 Israeli election results and said it is unlikely anyone can form a government. I also wrote about upcoming elections in Austria (September 29), Portugal (October 6), Poland (October 13) and Canada (October 21).All these countries except Canada use proportional representation, while Canada uses first-past-the-post after Prime Minister Justin Trudeau wimped on electoral reform after winning the October 2015 election.

In the last Newspoll, conducted September 5-8 from a sample of 1,660, the Coalition led by 51-49, unchanged since mid-August.

Scott Morrison’s net approval was +10, up four points, while Anthony Albanese slumped into negative net approval at -5, down 12 points. Morrison led as better PM by 48-28 (48-30 previously). Figures from The Poll Bludger.