In the past five years, more than 95,000 people who arrived by plane have lodged a claim for asylum in Australia, new statistics show.

Peter Dutton’s incompetence and recklessness has allowed people smugglers to run riot and traffic record-breaking numbers of people by aeroplane to Australia.

Read more: Peter Dutton is whipping up fear on the medevac law, but it defies logic and compassion

In 1989, for example, after events in Tiananmen Square, Australia provided refuge to thousands of Chinese students who had entered Australia with visas.

Instead, the “crisis” is the Australian government’s failure to properly manage the refugee-processing system. It gutted the ranks of experienced decision-makers and made organisational changes that undermine the quality of decisions, contributing to long processing delays and backlogs.

These organisational failures may have contributed to the increase in asylum applications over the last five years.

Protection visa decisions are highly complex. They must examine a variety of factors, including country-specific conditions and individual circumstances.

Yet, as the Australian National Audit Office noted in 2018, the Home Affairs department experienced a significant loss of “corporate memory” due to staff turn-over, “with almost half of SES officers present in July 2015 no longer in the department at July 2017”.

In a Senate Estimates hearing last year, Home Affairs officials said the average processing time for permanent protection visas, from lodgement to primary decision (not including appeals), was 257 days, or 8.5 months. 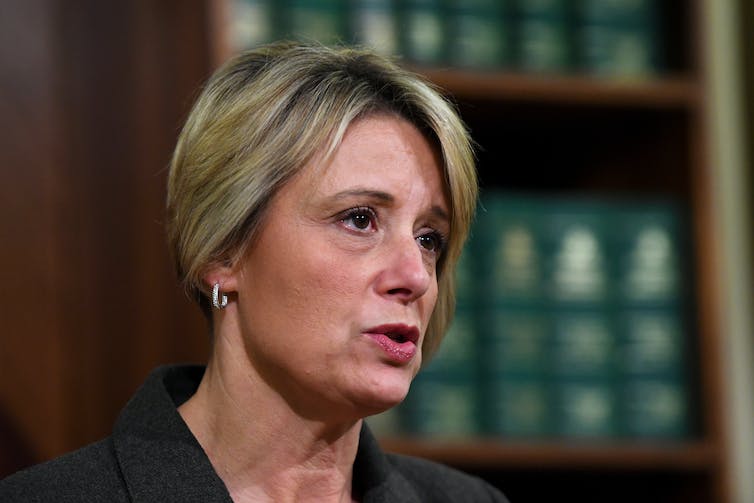 And the department’s training deficiencies are well-documented. The most recent Australian Public Service Employee Census put the department’s organisational management problems into stark relief: only 35% of employees said the department inspired them to do their best work, while two-thirds of respondents said they did not consider department senior executives to be of “high quality”.

These publicised problems raise important questions about the quality of decision-making at the primary level.

Stacking the AAT with political allies

Poor decision-making at the primary level can lead to higher numbers of appeals. So it’s perhaps unsurprising that appeals to the Administrative Appeals Tribunal (AAT) from people who arrived by plane are also experiencing significant blowouts.

Read more: Cruel, and no deterrent: why Australia's policy on asylum seekers must change

This results in a backlog. In 2017, the tribunal made 5,153 decisions on refugee claims, and this year only 815 refugee claims have been concluded.

In part, these worrying figures are due to the federal government appointing people with Liberal Party ties to the AAT over the last couple of years.

The Attorney-General recognised these problems in the 2019 Report on the Statutory Review of the Tribunal, which pointed to “competencies of members” as a key contributor to complications in the operation of the tribunal.

Stacking the AAT with political allies, many of whom are not lawyers and who are not appointed on merit, has removed independent expertise from the tribunal, risking errors and further delays.

Read more: How the Biloela Tamil family deportation case highlights the failures of our refugee system

And with more errors come further appeals in the courts. This not only places a heavy burden on the resources of the Federal Circuit Court and Federal Court, but also leads to more delays and backlogs in the AAT, where the court sends matters which were unlawfully decided for re-determination.

The solution is in proper organisational management. Instead of blaming refugees for fleeing persecution by safe means, the government must address the failures of its refugee processing system.

To this end, an urgent review of the Department of Home Affairs policies and organisational failures is needed. A review could find out whether there’s a management culture stopping Home Affairs from attracting and retaining staff who can make reasoned and well-supported decisions in an environment they can be proud of.

Similarly, there must be a transparent and independent system for appointing AAT members that prioritises skills and experience over politics – exactly what was recommended by the Attorney-General’s recent review.

If people seeking asylum can have their claims assessed quickly and fairly, then those who are not refugees can be sent home, while those needing safety could receive it.

Without the chance to remain in Australia for years while their claims are assessed, there would be no loophole for traffickers and others to exploit.

In turn, the number of non-genuine claims will go down, allowing decision-makers to focus on those who are actually fearing persecution.

We should be supporting refugees to access safety by air. If people fleeing persecution can access a flight to Australia, they won’t risk a dangerous journey by boat to find safety.

This is not an airport border “crisis”, it’s a management failure that can be fixed with more staffing, better resourcing, and transparent and meritorious appointments of decision makers.