In the varied responses to the ABC’s report into the fate of ex-racehorses, the consensus was that something should be done. Many have called for racehorse slaughter to be banned outright.

This reaction differed significantly from that to footage of the mistreatment of livestock. Cattle and sheep are equally sentient as horses, yet exposés of livestock cruelty don’t lead to calls to ban their slaughter altogether.

And despite industry and government condemnation of activists who obtain covert footage of livestock abuse, few people have criticised those who filmed horses being mistreated and killed.

These responses reveal a double standard, and suggest we care more about what racehorses mean to us than what’s necessarily best for the animal. 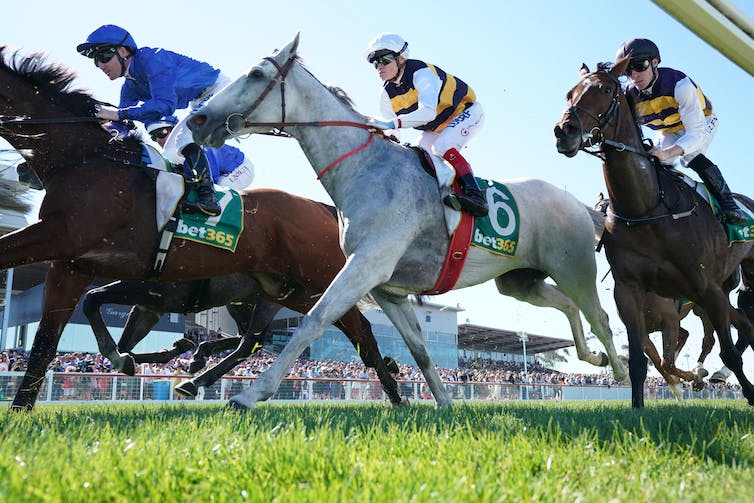 A race at Geelong Cup Day this month. Michael Dodge/AAP

It’s about the horse, not us

Racing NSW’s rules prohibit the sale of racehorses to abattoirs and knackeries. Following the ABC reports, horse trainers, politicians and others said a legal ban should be enforced.

The assumption underpinning such arguments is that because racehorses provide a “service” to their owners, punters and the industry - including winning substantial prize money - we have a moral duty to protect them from slaughter.

Read more: Horse racing must change, or the court of public opinion will bury it

This is a human-centred bias. It views racehorses through a prism of their value to us: what they mean to us and how they make us feel, rather than on what they mean to themselves as sentient creatures with their own needs and wants.

A truly horse-centred bias would prioritise finding homes that meet their mental and behavioural needs. This may involve allowing them to behave naturally without having to serve as competition or riding horses. It might also mean killing an ex-racehorse humanely if a good home cannot be found. 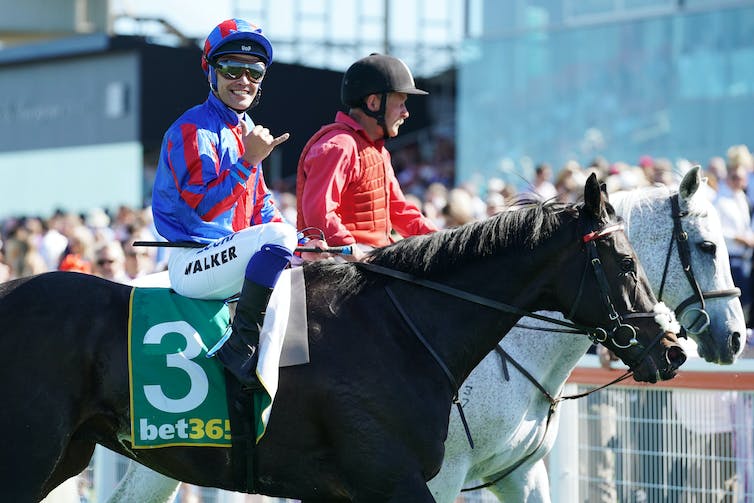 A jockey celebrates after riding a horse to victory at the Geelong Cup this month. Some have suggested that we owe a moral duty to prize-winning horses to keep them from being slaughtered. Michael Dodge/AAP

Not all racehorses will have a good retirement

Just because a horse has been spared slaughter does not guarantee it will have a good quality of life. Inexperienced owners, inadequate diets, bad training practices, economic hardship and drought can all lead to poor welfare outcomes for ex-racehorses. For example, research shows that full-time stabling prevents a horse from grazing and moving, which can lead to health issues.

Industry actions to increase re-homing rates are commendable - especially if efforts are made to ensure new owners have the appropriate skills and finances. But the sheer number of racehorses retiring each year and their longevity - 25 years or more - means it’s unlikely all thoroughbreds needing a home will find one, even on industry retirement properties.

Abattoirs and knackeries will probably always be dealing with unwanted racehorses. So it is crucial the transport and slaughter of horses is conducted according to best practice.

Horses are at risk of poor welfare during transport and processing. They are easily frightened and can bolt, buck, rear or freeze when scared. This can lead to injury in confined spaces at the abattoir, slippery concrete floors or transport vehicles.

Horses confined in small spaces with unfamiliar horses become highly stressed and aggressive, often leading to injury. Horses sent for slaughter may suffer from untreated injuries making them vulnerable to further welfare insults in transit or at the plant. 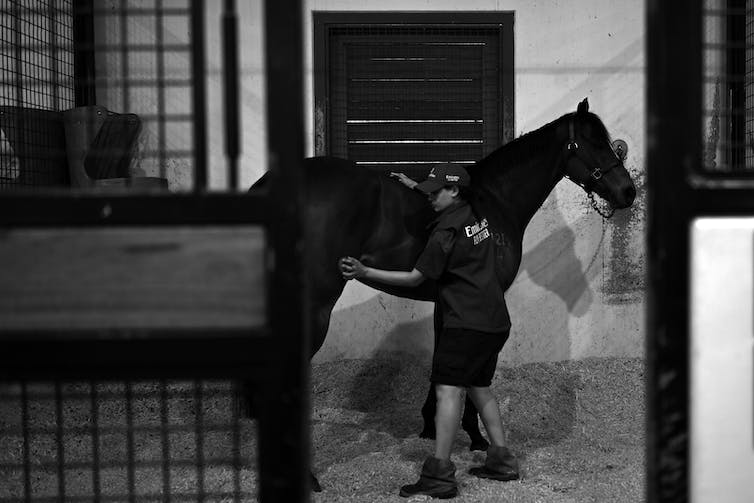 A stablehand tends to a horse ahead of Sydney’s Everest race this month. Horses stabled for long periods can develop health problems. Dean Lewins/AAAP

Transport is a significant stressor and welfare risk. Voluntary guidelines in the Land Transport of Animals welfare standard should be mandatory. The code should be updated to ban group penning during long-distance transport and mandate partitions between horses as is practised in the European Union.

Rules should be enforced to ensure horses that are lame, injured, emaciated or heavily pregnant are not transported long distances. This would reduce the risk of horses arriving in poor condition, or dying en route as depicted in the ABC report.

Read more: We could reduce the slaughter of racehorses if we breed them for longer racing careers

Real time monitoring via CCTV as now occurs in the UK should be immediately implemented.

Welfare standards at all horse-slaughter facilities should be best-practice and informed by science. They should be enforced with the same vigour as food safety regulations, including random audits by independent inspectors. And the use of electric prods on horses should be banned.

Creating a culture of respect for animal welfare amongst abattoir workers can be challenging due to the nature of the work, which results in the normalisation of callous attitudes and animal mistreatment. Researchers have explored how to achieve worker compliance and attitude change about animal welfare and their findings should inform training programs. 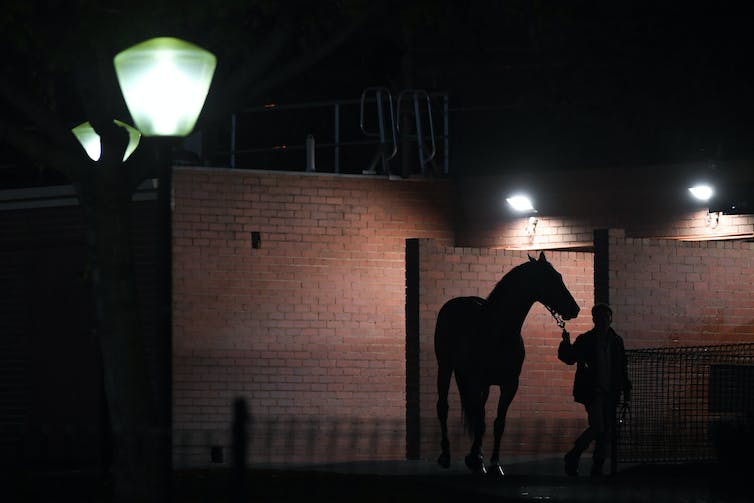 A horse at Moonee Valley Racecourse in Melbourne this month. VINCE CALIGIURI/AAP

Banning the slaughter of thoroughbreds could expose unwanted horses to prolonged neglect or mistreatment if their owners can’t keep or rehome them. It would also do nothing for the welfare of other horse breeds that could still legally be slaughtered.

If good homes can’t be found for all racehorses, it is up to society, which has given horse racing its social licence to operate, to ensure they are given a good death.