The Victorian government’s logging business is cutting native forests on steep slopes, in an apparent rule breach that threatens water supplies to Melbourne and rural communities.

Our research indicates that across vital water catchments in the Central Highlands of Victoria, state-owned VicForests is logging native forest on slopes steeper than is allowed under the code of practice. Logging also appears to be occurring in other areas supposedly excluded from harvesting.

Logging operations are prohibited from taking trees from slopes steeper than a certain gradient, because it can lead to soil damage which compromises water supplies. There are far better commercial alternatives to this apparent contravention of the rules, which must immediately cease. 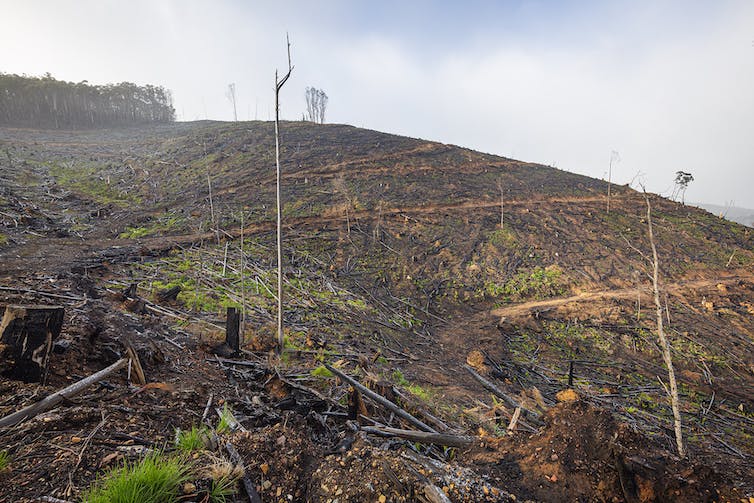 Water catchments are areas where the landscape collects water. They are defined by natural features such as mountain ridgelines and valleys. Rain drains into rivers and streams, which supply water to reservoirs.

Forest cover protects the soil in water catchments by preventing erosion and other damage which can pollute water.

Areas that provide water for drinking, agriculture and irrigation are known in Victoria as special water supply catchments. Under the state’s Code of Forest Practice, logging in these catchments is prohibited on slopes steeper than 30 degrees (or 25 degrees in some catchments). VicForests claims it does not log trees on such slopes. 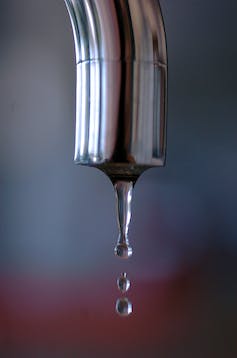 Water in some affected catchments ends up in Melbourne’s drinking water supply.

We analysed slopes across multiple special water supply catchments. We first examined the relationships between slope and logging disturbance using data from the Victorian government, Geoscience Australia, and the European Space Agency. To confirm the results, we visited multiple sites in the Upper Goulburn catchment, which supplies water to Eildon Reservoir, to measure the slopes ourselves. 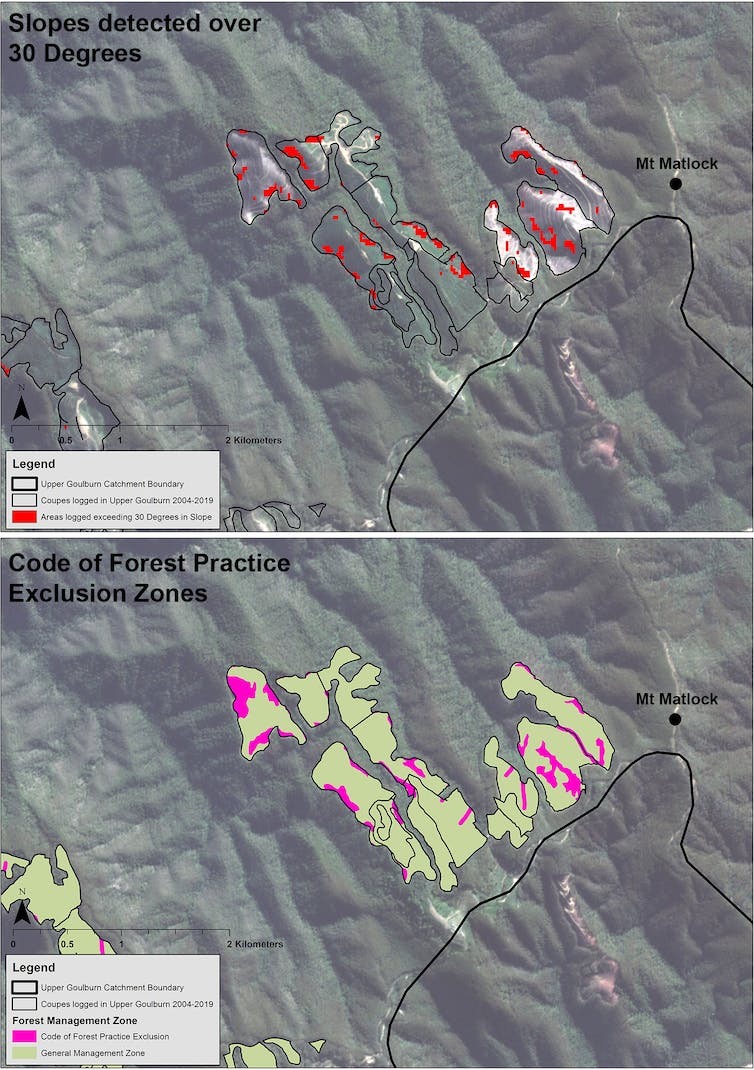 Last week, VicForests rejected our allegations of slope breaches. VicForests claimed it was complying with a rule under which 10% of an area logged can exceed 30 degrees. This rule applies to general logging areas; our interpretation is this exemption does not apply to the special water supply catchments.

Forest on steep and rugged terrain is economically marginal for wood production because the trees are relatively short and widely spaced. Almost all timber from these areas is pulpwood for making paper.

So why are such areas being logged at the risk of compromising the water catchments that supplies Melbourne and regional Victoria?

We suspect pressure to log steep terrain is tied to the Victorian government’s legal obligation to provide large quantities of pulp logs for making paper until the year 2030 (coincidentally the year the government plans to phase out native forest logging).

This pressure is reflected in recent reductions in log yields. Some commentators have blamed efforts to protect the critically endangered Leadbeater’s possum for this trend. However, only 0.17% of the 1.82 million hectares of forest allocated to VicForests for logging has been taken out of production to protect this species.

In our view, other possibilities for declining yields are past over-cutting and bushfires. VicForests failed to take into account the effects of fire on its estimates of sustained timber yield - despite some of Victoria’s forests being some of the world’s most fire-prone environments.

Pulp logs sourced from native forests is not a commercial necessity; there are viable alternatives. Victorian hardwood plantations produced 3.9 million cubic metres of pulp logs last year. Most of this was exported.

If just some of these logs were processed in Victoria, it would be enough to replace the pulpwood logged from native forests several times over. Plantation wood is better for making paper than native forest logs, and processing the logs in Victoria would boost regional employment.

Degrading soil and water by logging steep terrain is not worth the short-term, marginal gain of meeting log supply commitments, especially when there are viable alternatives. The Victorian government must halt the widespread breaches of its own rules.

In a statement, VicForests said it “strongly rejects” the allegations raised by the authors.

In addition to the refutations included in this article, the company said: