Around one in six Australian women have had an abortion by their mid-30s. These women come from all age groups and demographics: some are mothers already, while others are child-free; some are partnered, others are single.

Abortion was removed from the New South Wales Crimes Act in October and is now legal in all Australian states and territories, under certain circumstances.

However, many women have difficulties accessing these services, especially in rural and regional areas. This needs to change.

Read more: One in six Australian women in their 30s have had an abortion – and we're starting to understand why

What is a medical abortion?

One option for women seeking a termination is to have an early medical abortion, as opposed to a surgical termination.

A medical abortion involves inducing a miscarriage using a combination of two oral medications – mifepristone and misoprostol – which can be used in pregnancies up to nine weeks.

Women can take the medications home, along with instructions of how the process works and possible complications to look out for, and a telephone number to call with any questions or concerns.

In 2013, mifepristone and misoprostol were subsidised on the Pharmaceutical Benefits Scheme (PBS). Since then, any GP has been able to provide an early medical abortion, as long as they’ve completed a free, online training course.

While these measures were hoped to improve access for women in rural and remote areas, medical and surgical abortion services remain concentrated in capital cities and major regional centres. So rural women must travel – often at great expense – to seek a medical or surgical abortion. 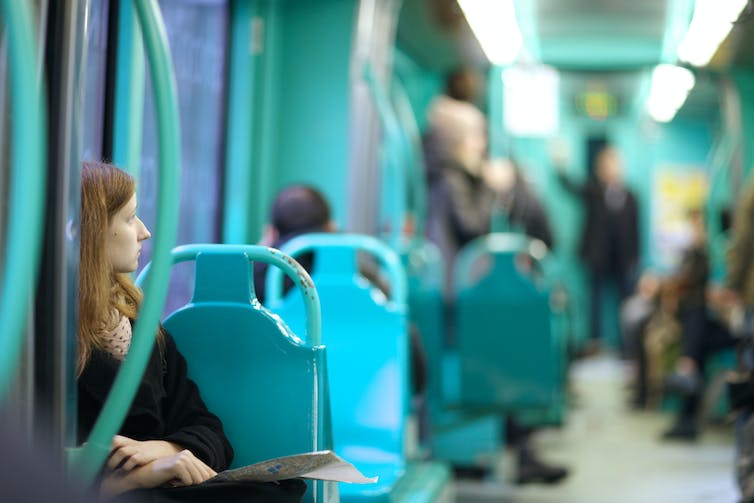 Australian women sometimes have to travel long distances to get an abortion. Anna Jurkovska/Shutterstock

There are several barriers to early medical abortion in rural areas.

Some rural doctors have inconsistent knowledge about medical abortion, either not knowing what it entails or even, at times, that it’s an option. Others lack training in abortion. They may have missed out on it in their undergraduate studies and haven’t done any further training in the area.

Rural GPs sometimes lack support from the local hospital service to provide abortion care or if something goes wrong, which can deter them from performing medical abortions. Doctors in emergency departments may not have training about medical abortion and how it works, or may even object to abortion.

Rural communities also have higher numbers of overseas trained doctors who are more likely to have conscientious objection to abortion (65%) than doctors trained in Australia (15%).

Read more: Attitudes to women who have more than one abortion need to change

In rural areas, it’s often difficult to access affordable and timely ultrasounds. An ultrasound is required before the medical abortion to determine the gestation (which must be less than 63 days) and to ensure the woman doesn’t have an ectopic pregnancy (when the embryo implants in the fallopian tubes rather than the uterus).

Time ticks away for these women if they realise they have an unplanned pregnancy at, say, six weeks. They often have to wait up to a week or two to see a GP, have an ultrasound and blood tests, and undergo counselling before having the abortion. If it takes a week or two to get an appointment for ultrasound after seeing the GP, there’s a risk the woman may pass the 63 day cut-off and will need to have a surgical termination instead. 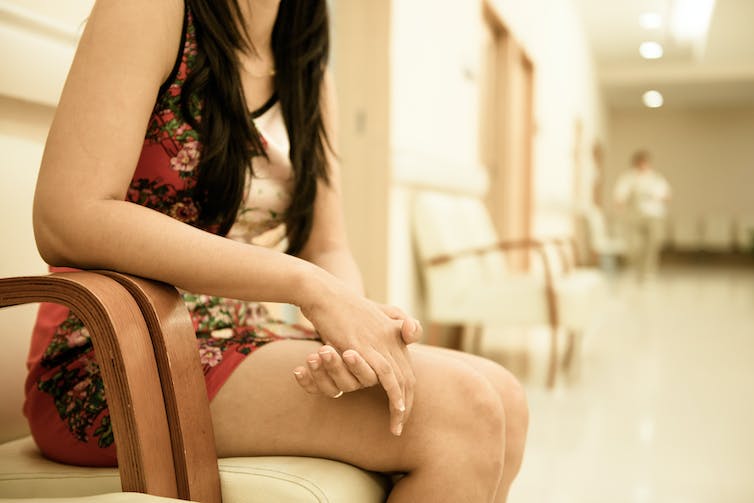 Every step takes time, and this can push women over the 63 day cut-off. Bohbeh/Shutterstock

Some rural GPs therefore see the cost of providing abortion as unaffordable. Providing medical abortion takes GPs more time than a standard consultation to ensure all options for the woman are explored. Usually more than one consultation is required and the remuneration received through Medicare is minimal.

Another barrier women may face when seeking abortion in rural areas is community stigma. In rural communities, “everyone knows everyone” and women worry about their privacy and how people will judge them for choosing to have an abortion.

When you have fewer choices of health care professionals, you can also face institutional stigma if, for example, the closest hospital, pharmacist or sonographer (who performs the ultrasound) has ties to a specific religious group or clearly objects to abortion.

GPs are often the first point of call for women with an unplanned pregnancy in rural areas. They are well placed to provide early medical abortion.

But nurses can also play an important role. In recent years, a number of small Victorian towns have successfully integrated early medical abortion into their community health services. These clinics are predominantly led by nurses, working with a GP.

Nurse-led early abortion services are safe, affordable and welcomed by women. Our clinical audit and interviews with women found no unexpected complications. Women were grateful to have affordable access in their own community and relieved they didn’t have to go to Melbourne or Sydney.

Better access to early medical abortion also requires the creation of a specific Medicare item number so GPs and nurses can be adequately remunerated for providing the service.

Finally, we need to increase the number of GPs and practice nurses who can provide medical abortions by providing better training. Early medical abortion needs to be seen as part of women’s sexual and reproductive health and should be incorporated into nursing and medical education at both the graduate level and in post-graduate specialist training.