Scientists warned the government that very high numbers of horses would be the inevitable consequence of its inaction over horse management.

With no horses removed in 2017 or 2018, and only 99 removed this year, the population has been allowed to grow at about 23% per year, close to the maximum of about 25% known for feral horses.

More than just allowing numbers to increase, the NSW parliament legislated to protect feral horses within Kosciuszko National Park, effectively prioritising the preservation of horse populations over native alpine species and environmental values, where they are in conflict.

This was despite the strong advice from scientists, and amid substantial controversy around the origins and timing of the bill.

High feral horse numbers forced the closure of the popular Blue Waterholes campground in November, after substantial risks and several injuries to visitors were reported. Freedom of information requests were needed to bring to light crashes between cars and feral horses in Kosciuszko.

Despite the NSW government trying to keep this information from reaching the public, several incidents of feral horses being struck by vehicles have now been reported.

The community group Reclaim Kosci has warned it is only a matter of time before someone is killed in a collision with a feral horse unless numbers are drastically and rapidly reduced. 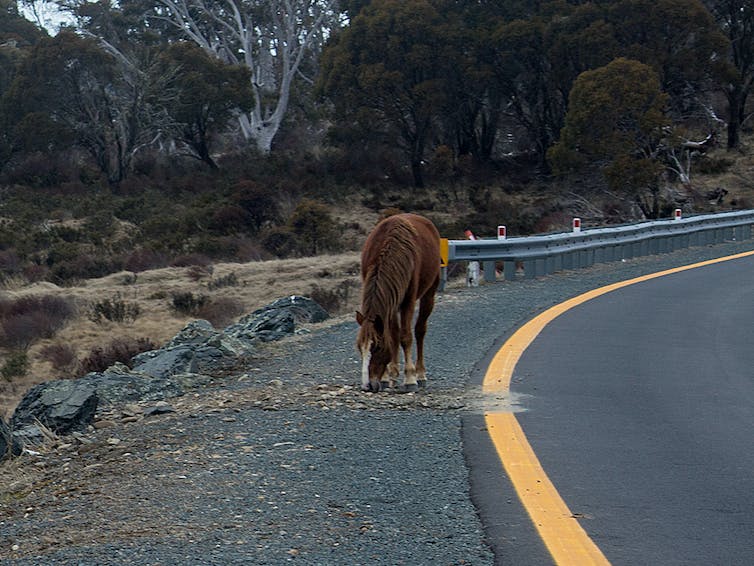 Besides impacts on people, the lack of effective feral horse policy in NSW has now set the stage for another mass animal welfare disaster.

With an estimated 25,318 feral horses distributed across the surveyed area (more than 7,400 square kilometres) of the Australian Alps, many thousands of horses will face starvation when the region next burns. This is predictable, inevitable and tragically also completely avoidable had effective feral horse control been implemented.

The prolonged drought hitting Australia has worsened the impacts of horses in the high country. Plants already struggling to survive are being trampled and grazed, and areas around standing water resemble feedlots.

These impacts will worsen over summer, both for the national park and the horses themselves, with herds suffering in the heat and struggling to survive. Horses starved to death along the snowy river in Kosciuszko in 2018.

Now many more animals are at risk of this fate because scientifically-supported solutions have been dismissed by NSW deputy premier John Barilaro.

Evidence presented at the Kosciuszko Science Conference and research published earlier this year showed how a broad range of Alpine species and ecosystems were being affected by feral horses. These effects will now be more intense and occur across more of Australia’s ecologically sensitive and biodiverse alpine environments.

For example, the native broad toothed rat depends on dense vegetation along watercourses. With feral horses eating out or trampling plants along streams, these delightful, rotund fur-balls may lose their homes, and hence be more exposed to the elements and predators.

Right now, feral horses are reducing the habitat for these animals, causing already threatened populations to become smaller and more fragmented. As these small populations blink into extinction we can expect widespread losses across the national park. 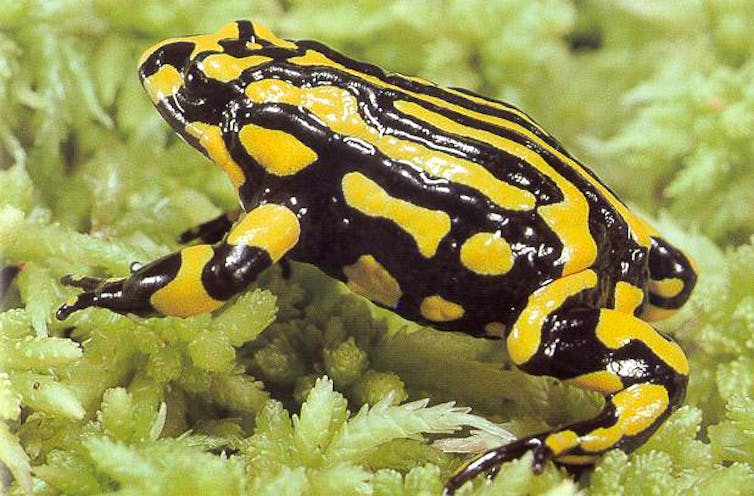 Corroboree frogs will now be under enormous pressure. We already know feral horses destroy the wetlands these iconic yellow-striped black frogs depend on for breeding. This destruction will likely now impact many more swamps, reducing breeding success and reducing options for reintroduction of this critically endangered frog.

Another species, the Stocky Galaxias, teeters on the brink of extinction. This small native fish now only lives in a 3km stretch of stream in Kosciuszko National Park. Feral horses trample the river banks and rip out vegetation that causes silt to accumulate in the stream.

The high numbers of feral horses in Kosciuszko mean this process of stream destruction will likely worsen, potentially hastening the demise of this species unique to Kosciuszko National Park.

Hope for change now rests with the new feral horse management plan being developed by the recently established Kosciuszko National Park Wild Horse Community Advisory Panel and the Wild Horse Scientific Advisory Panel. The community panel has expressed interest in working with the scientific panel, and such collaboration will be essential for making progress.

Read more: Australia's threatened birds declined by 59% over the past 30 years

These committees will need to consider all options for resolving this human safety, animal welfare, and ecological crisis. Although trapping is crueller and many times more expensive than aerial culling, if the trapping effort is substantially ramped up across the park, it could potentially limit population growth and reduce horse numbers.

Aerial culling, despite being the most cost-effective and humane method to lower the horse population size and reduce impacts, is misrepresented by the pro-brumby lobby and sections of the media as cruel, and hence has been deemed unacceptable. These costs, and animal welfare and political trade-offs, must be carefully considered by the committees.

The scientific committee said the draft plan for action will be open for comment in February 2020 to meet NSW environment minister Matt Kean’s deadline for a final plan by May 1, 2020. This rapid timeframe is absolutely essential, as the increase of feral horses in the Alpine National Park will not abate any time soon without urgent and substantial control measures.