Review: A Boy’s Own Story at the Johnston Collection, East Melbourne

Johnston Collection director and curator Louis Le Vaillant was weary of hearing that men could not knit or sew. After all, he can and so could antiques and decorative arts dealer William Johnston, whose estate comprises the East Melbourne house museum.

So Le Vaillant planned a summer exhibition to challenge audiences used to seeing the work of skilled craftswomen.

They said, bring it on. They were open to challenging the boundaries of art and craft in an exhibition house. We thought we would see what would happen. I thought, ‘the challenge is out there’.

The statistics do suggest an imbalance. Since the collection began its “inspired by” shows in the early 2000s there have been 3754 women participants and three men.

Nonetheless, it is questionable whether, in a #metoo climate pushing for women’s voices to be heard, an all-male exhibition is appropriate. 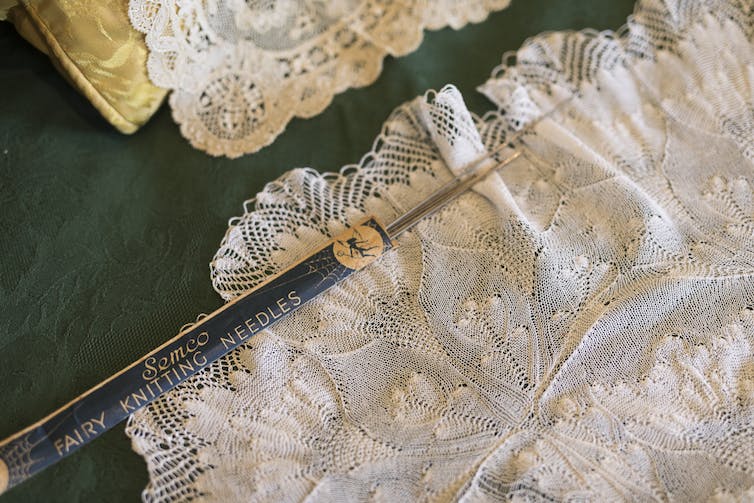 Three generations of the Collyer family contributed to the exhibition. Photo: Adam Luttick

Artist Kate Just, head of graduate coursework at the Victorian College of the Arts, has created art with knitting for almost 20 years. Her new work is a year of knitting Anonymous Was a woman. She’d reached 41 panels from 730,825 stitches by early December.

Key to the project is Just’s exploration of reports on the under-representation of women in art. She cites global figures showing there are no women in the top 0.03% of the Western art auction market, where 41% of the profit is concentrated. 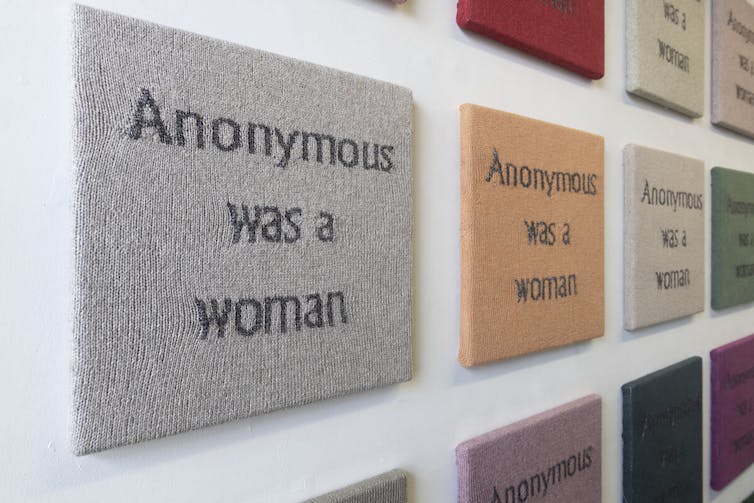 Anonymous Was a Woman by Kate Just. Photo: Simon Strong

The income gap between men and women is wider in the arts than the average gap across all industries in Australia. Research shows that artists earn a little more than a third of their income from their creative efforts, with women making an average of $15,400 from their art while men earn $22,100 from theirs.

Australian gender representation in the contemporary arts is monitored by the Countess Report, which most recently analysed the work of 13,000 exhibiting artists, outcomes of Australia Council grants, and staff and board members of arts organisations. It found signs of a turnaround in 2018 compared with 2016, with women equally represented in art prizes, fairs, commercial galleries (52% up from 30%) and organisations.

However there was still an imbalance in taxpayer-funded state galleries, with the representation of women falling (37 to 34%) since 2016.

Le Vaillant had prepared himself for criticism and trolling in response to the men-only exhibition, having received outraged emails and social media criticism in the past (that time over yarn bombing and some decorative street art with cake icing).

Is there a gender-based double standard at play? Le Vaillant concedes this: “Maybe it’s because men have done these works in the show.” Are men allowed to push the boundaries, while women are pigeonholed?

Some of the work in the exhibition is traditional – the superb handmade lace and embroideries by three generations of Collyer men, the basic knitting by Tristan Brumby Rendell and Luke Hockley’s handmade shirts.

Other pieces are more pointed in their intent. Audiences are warned of the confronting nature of textile artist Douglas McManus’s sculptural gallows chandelier.

Inspired by a Green Room chandelier in the Johnston house and a portrait of Edward Lord Montagu, a founder of the Guy Fawkes night observance, it includes bleeding limbs and a hanging man – a commentary on the damage to men’s souls from society’s expectations.

It’s important to note the quality of this and most – but not all – the work, displayed with collection items. The five women in my tour group (visits are by booking) agreed that most works warranted exhibiting but some did not.

Le Vaillant accepts this assessment. “I thought it would be a very simple exhibition to do but … it took a lot of encouragement in terms of some of them putting their work in a public space,” he says. 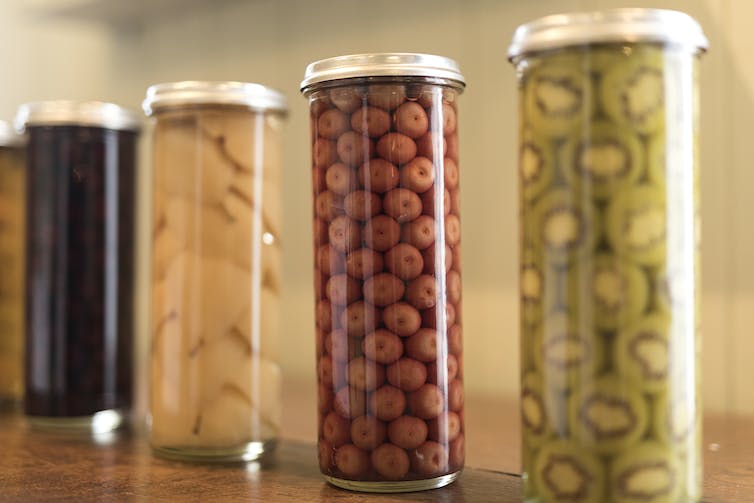 While this appears to contradict his assertion that numerous men undertake these traditionally gendered crafts, it tallies with my own research in which I found male knitters who would not knit in public because they feared homophobic attacks.

Artist Jude Skeers told me in an interview for my research that the novelty of being a male knitter helped publicise his art knitting, especially given the devaluing of knitting as women’s work.

The craft that men do is more highly prized than the craft dominated by women – working with glass, ceramics and in particular wood. It’s seen as a higher craft than any textiles. This is not just true of textiles.

A Boy’s Own Story, although challenging and with significant creative merit, feeds into this long-standing gender inequity. In seeking to rebalance the scales it leans too far in the other direction, excluding women completely.

A Boy’s Own Story is on at The Johnston Collection until 4 February 2020.