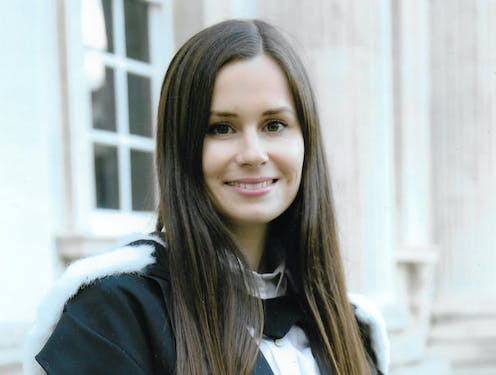 Diplomacy and hostage negotiation are both subtle businesses. The training, culture and professional instincts of diplomats and negotiators make them inclined to operate behind the scenes to solve problems.

Better to work relationships to sort things out quietly, they argue, than get all shouty in public where the messaging can get out of hand.

So it is with the case of Australian-British academic, Kylie Moore-Gilbert, who has been in Ward 2-A of Iran’s notorious Evin prison since October 2018, where she is serving a 10-year sentence for “espionage”.

Read more: As pressure on Iran mounts, there is little room for quiet diplomacy to free detained Australians

The Australian government unequivocally rejects the charges as baseless. Asked by reporters what his government was doing to get her out, Prime Minister Scott Morrison vaguely said

we’re doing everything that we can do to bring her home.

Foreign Minister Marise Payne wasn’t much more forthcoming. In response to a question about Moore-Gilbert, she said recently,

Our view is that we don’t accept the charges upon which she was detained, held, charged and convicted, and we want to ensure the conditions in which she is held are appropriate.

But if, after almost a year and a half since her detention, things are still dire for the Middle East specialist, the strategy has failed spectacularly.

‘In the midst of a serious psychological problem’

In a series of handwritten letters smuggled out and published last week by the Centre for Human Rights in Iran, the academic said her “health has deteriorated significantly” and

I think I am in the midst of a serious psychological problem, I can no longer stand the pressures of living in this extremely restrictive detention ward anymore.

She describes being held in solitary confinement, with the lights on 24 hours a day and without medical attention, adequate food or phone calls to her family. In another note to the prosecutor, she points out that under Iran’s own laws, after being convicted she must be moved to a “normal” prison ward.

The Washington Post journalist Jason Rezian, who was himself held on charges of spying in the same prison wing run by the IRGC (Islamic Revolutionary Guard Corps), called it “a place beyond government oversight”.

Her situation is much more dire than the (Australian) government is letting on.

So, when the traditional methods have failed so dismally to improve anything about Moore-Gilbert’s situation, surely the time has come to shift gears and get shouty to ramp up public pressure on both Australian diplomats and Iranian politicians.

Whether they admit it or not, governments everywhere tend to respond to public uproar. In 2015, after I was released from a prison in Egypt where I had been held on terrorism charges for 13 months, I asked a European diplomat what my colleagues and I should be doing to free other colleagues who remained in jail. He responded:

Keep up the protests and the lobbying from human rights groups. Get on Twitter and Facebook; give interviews to TV and radio stations. Stay noisy.

But I and my colleagues do. And by keeping the fire burning under our backsides, you not only keep us focused, you also give us the tools to say to the Egyptians, ‘we can’t move on to other business until you sort this situation out’.

It is risky to draw direct comparisons between our case and Moore-Gilbert’s. But it was clear that in our campaign, the extraordinary public pressure gave then-Foreign Minister Julie Bishop the political weight she needed to mobilise more muscular diplomatic and consular resources than usual.

It pushed both her and the Prime Minister Tony Abbott to speak publicly and forcefully in favour of our release. The attention pushed the Egyptians to keep us in better conditions than other “terrorists”. It created space for a more coordinated international response. And in the end it proved too much for Cairo to resist.

The dangers of negotiations

To be clear, it is always difficult for governments to balance their responsibility to help a citizen in trouble in a foreign land against broader national interests, particularly when it involves a strategically important country like Iran.

But if the Australian government is involved in any negotiations or “bargaining” to free Moore-Gilbert, it risks validating the Iranian strategy and encouraging more hostage-taking.

In this case, we still don’t know why Iran is holding Moore-Gilbert or what it might be asking for in exchange for her release. But given the escalating tensions between Tehran and the West, she is almost certainly being used as a bargaining chip.

If her family, colleagues and the public continue to heed the diplomats’ advice and remain quiet, and if Morrison and Payne keep tiptoeing around the issue, it is almost certain nothing will change.