As per usual after incidents of violence against minorities in India, Prime Minister Narendra Modi responded with days of silence. Finally commenting on Twitter, he said, “peace and harmony are central to our ethos” and appealed for “peace and brotherhood at all times”.

But under Modi, India’s ethos is Hindu, and peace and brotherhood requires religious minorities to know their place. It is this sort of Hindu nationalism that led to the attacks on Muslims, their homes, schools and their places of worship. 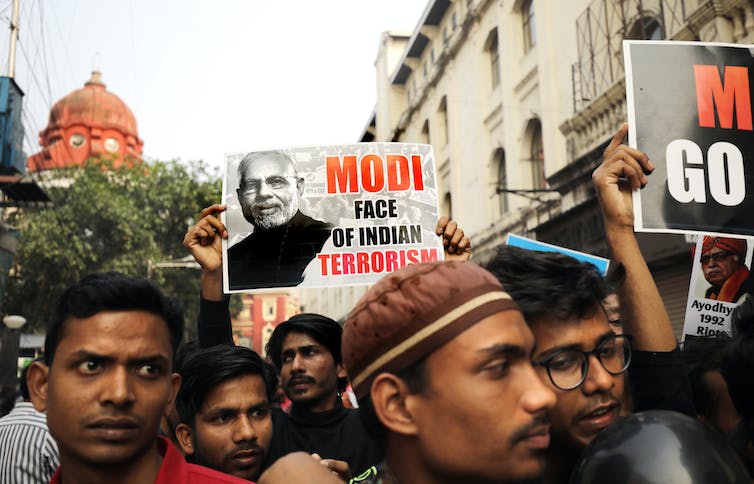 Angry people across India are protesting against the communal violence in Delhi last week. PIYAL ADHIKARY/EPA

Modi was elected in 2014 on the promise he would bring his “Gujarat model” of high growth rates driven by private-sector-led manufacturing to national prominence.

But the Gujarat model also involved the promotion of a vicious right-wing populist politics, which sought to create and elevate a Hindu majority out of a socially and economically diverse population to act as a voting bloc for Modi’s Bharatiya Janata Party (BJP).

This strategy relied on the creation of a common enemy in Muslims and secular liberals. It involved the strategic use of violence to polarise communities in areas where the BJP faced the most electoral competition.

Critics warned that although Modi had seemingly adopted a technocratic focus on governance and development during the election campaign, his right-wing populist politics of division bubbled just below the surface and would be unleashed if the BJP came to power.

As polarisation has intensified over the past six years, the critics were proven right.

Muslims and Dalits have been the targets of lynchings by Hindu activists in the name of protecting cows, a long-standing Hindu nationalist preoccupation.

University students, activists, opposition politicians and protestors who challenge the government have been charged with sedition or incitement to violence.

Since being reelected in May with an even bigger majority, the Modi government has claimed a mandate to fulfil long-standing Hindu nationalist demands to further marginalise minorities in India. 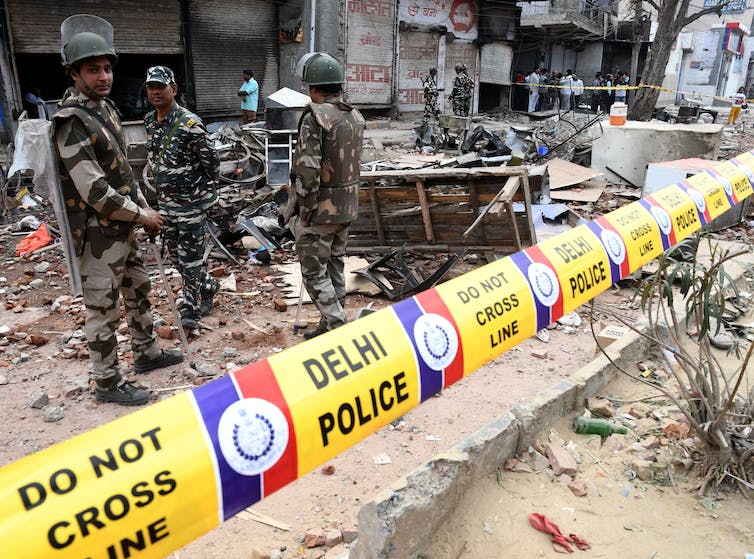 The Citizenship Amendment Act and National Register of Citizens

The Citizenship Amendment Act was one of these demands. The act violates the non-discriminatory spirit of India’s constitution by allowing persecuted Hindus, Parsis, Jains, Buddhists, Sikhs and Christians from Bangladesh, Pakistan and Afghanistan – but not persecuted Muslims – a fast-tracked route to citizenship.

Modi’s government has also promised a National Register of Citizens that will require Indians to provide documentary evidence of their citizenship.

A version of this exercise was conducted in the state of Assam, with disastrous effects. About 1.9 million Assamese were declared non-citizens and will now have to go through a long appeals process in special courts that function poorly.

Read more: Indian citizenship has now been reduced to 'us' versus 'them'

Human rights groups have called the proposed NRC an anti-poor measure. Indian Muslims fear the government will also rob them of their citizenship and constitutional rights.

The joint CAA-NRC agenda of the Modi government has stirred millions of Indians into peaceful protests around the country, showcasing a spirit of collective resistance not witnessed since India’s independence movement in the 1940s.

The most powerful protests have been led by Muslim women – a first in Indian history – in Delhi’s Shaheen Bagh area. The protesters have occupied a public space here for two and a half months, braving the bitter cold of northern Indian winters.

Shaheen Bagh has also inspired over a hundred other women-led permanent protests around India.

Travelling to Delhi to energise voters, Adityanath, the militant Hindu monk in Uttar Pradesh, said the protesters should be fed “bullets”. Anurag Thakur, a BJP member of parliament and minister of state, chanted “shoot the traitors” at an election rally, referring to protesters.

This was followed by two incidents of shootings at students and protesters by individuals who identified as Modi supporters.

Read more: Narendra Modi has won the largest election in the world. What will this mean for India?

Despite being roundly defeated in the Delhi election, BJP leaders have continued their campaign of polarisation in preparation for future elections.

Last week’s violence was sparked when BJP leaders and supporters mobilised to break up protests against the CAA and NRC in Delhi. It was no accident the violence was concentrated in fiercely contested electorates where BJP leaders had urged voters to show their anger against the Shaheen Bagh women by voting for the party.

The perpetrator of the hate speech that sparked the violence, BJP leader Kapil Mishra, continues to make provocative statements against opponents. The police, who are accused of being indifferent and complicit in the violence, have yet to charge him with an offence.

Nothing to see here

While parts of Delhi burned, Modi was entertaining US President Donald Trump, who praised India’s tolerance. Australian Trade Minister Simon Birmingham was also visiting India with a large trade mission and touted India’s rule of law and tolerance as its strengths. Both declared the violence to be a matter for India. 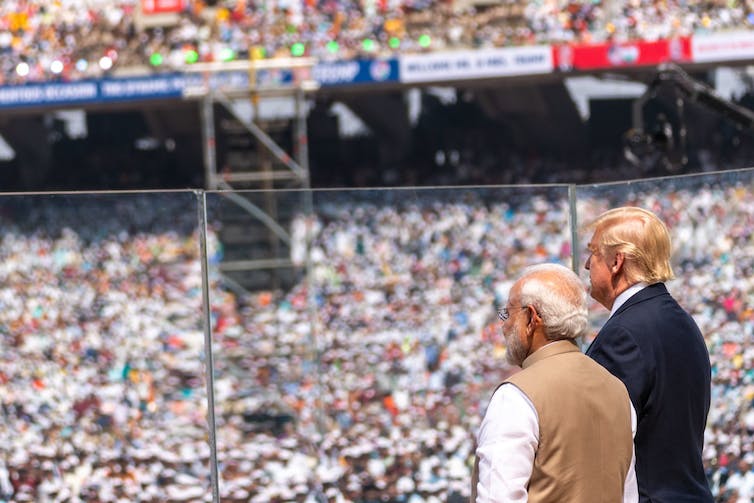 Trump and Modi addressing a ‘Namaste Trump Rally’ during the US president’s visit. White House

The tide is beginning to turn, however. Potential Democratic presidential nominees Bernie Sanders and Elizabeth Warren have both criticised the Modi regime. (The BJP president, BL Santhosh, responded by threatening to interfere in the 2020 US presidential election.)

The Greens’ Mehreen Faruqi, meanwhile, has moved a motion in the Australian Senate that is critical of the Indian government.

Mounting international criticism is unlikely to alter the BJP’s policies or approach, which are rooted in its Hindu nationalist raison d’etre.

But international support will bolster resistance within India against a regime striving for political domination through violent polarisation.