We need ways of getting our culture hit from home - whether we’re sick, caring for others, playing it safe or just facing limited external options.

We asked our experts for recommendations to help arts lovers stay connected. 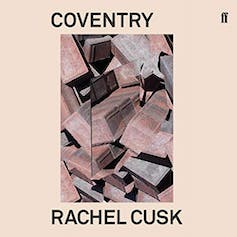 Audible I switch between big audio books I’ll struggle to find time to read (hello Middlemarch) and new titles. Rachel Cusk’s collection of essays, Coventry, shows she is one of the most interesting writers around. The Music Show on Radio National and podcast is hosted by Andrew Ford. The show’s range and eclecticism is matched by the wit and expertise of its incomparable host. - David McCooey, Deakin University Chill on the couch and listen to songs in Indigenous languages – the Australian Indigenous playlist compiled by the Australian Institute of Aboriginal and Torres Strait Islander Studies. 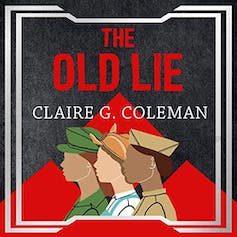 Audible There are some great audiobooks by Indigenous authors. Claire Coleman’s The Old Lie is a great start or the award winning novel by Melissa Lucashenko, Too Much Lip. To learn more about what it is like to be an Aboriginal person in contemporary Australia listen to the short stories compiled by Anita Heiss, Growing up Aboriginal. (Meanwhile, let Little J and Big Cuzz occupy the kids.) - Bronwyn Carlson, Macquarie University Read 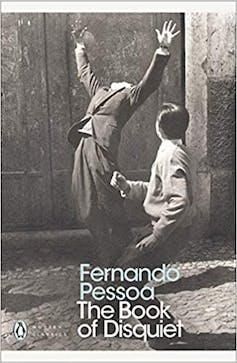 Amazon The Book of Disquiet is written as a fragmentary diary, tracing the struggle of an office worker to find meaning and beauty in his life. The Handbook of Epictetus, written by a former slave in Ancient Rome, is a short, powerful example of our capacity to resist life’s difficulties. For Epictetus, we shouldn’t waste time and energy on that which we can’t significantly control, a wise approach indeed. - Jamie Parr, Australian Catholic University 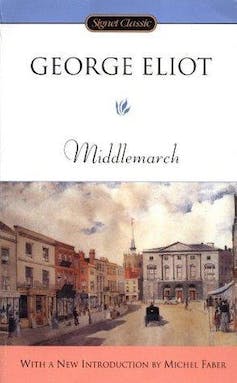 Goodreads In George Eliot’s Middlemarch (1871), Dorothea Brooke is young, charismatic, and intense. She wants to make the world a better place for everyone around her, and to devote her life to a great man. Unfortunately, she chooses the deeply mediocre Edward Casaubon, a clergyman who has been battling on into dusty middle age while not finishing his Key to All Mythologies. Dorothea’s moral and intellectual trajectory is compelling, but is only part of the wider tapestry of the middle English town of Middlemarch. - Robert Phiddian, Flinders University 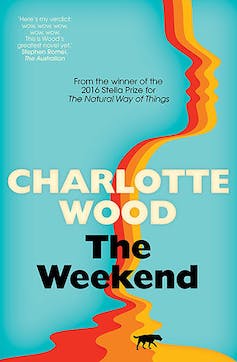 Allen & Unwin Charlotte Wood is one of Australia’s best novelists (I am resisting that horrifying urge to put the qualifier “best female” in, because she is one of our best novelists full stop). Her cunning new novel The Weekend will tell you things about yourself and your friendships that you’d probably prefer not to know! Wood also launched The Writers Room podcast in December. She talks to a bunch of intriguing writers and readers about their life and work. - Camilla Nelson, The University of Notre Dame Australia 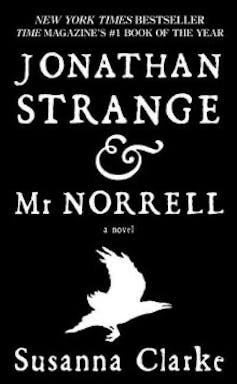 Goodreads Jonathan Strange and Mr Norell, by Susanna Clarke, is a sweeping tale of two magicians aiming to bring magic back into the modern world. Set during the Napoleonic Wars, with a beautiful languid style, the compelling plotlines are suited to a slow read. Also good preparation for Clarke’s next novel, Piranesi, due out later this year. For something different, Lore Olympus is a web comic based on the story of Persephone and Hades, with more than 100 episodes. Dreamy, funny, powerful – read in snippets, or dive in for a while. - Elizabeth Hale, University of New England 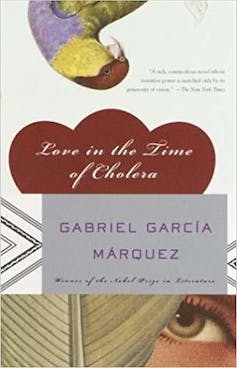 Goodreads Love in the Time of Cholera (Gabriel Garcia Marquez) – a tale of obsessive love that lasts a lifetime – is not really about being sick, at least not with cholera. The disease metaphor draws together the lovesick central character Florentino Ariza and his elusive childhood sweetheart, Fermina Daza. It’s a charming escape into the old world of Latin America with plenty of irrational behaviour, such as Florentino eating flowers and drinking cologne so he can be surrounded by the scent of Fermina. By the end of the novel, the lovers are trapped on a riverboat bearing the yellow flag signalling the “plague” of cholera. Truly, a story for our times. - Donna Mazza, Edith Cowan University Look Even though the Louvre has closed, it is possible to take a virtual tour of some of its exhibitions. Closer to home, Newcastle Art Gallery in the Hunter Valley also has a virtual tours of the collection and an exhibition of the work of Tim Maguire. Galleries like the Art Gallery of New South Wales suggest both thematic views and artist searches. Online visitors can create their own virtual exhibitions and see what others have made. And Art UK includes the digitalised art from 3200 British public collections. - Joanna Mendelssohn, University of Melbourne Curate your own exhibition with AGNSW Art Sets.When the Google Cultural Institute introduced its Arts & Culture App in 2016, it became possible to visit Ivan Durrant’s portrait of Johnny O’Keefe, A little bit louder now, in the National Portrait Gallery, and examine it in extraordinary detail through the Art Projector function. Using the Art Zoom feature you could even engage with the entire life work of Johannes Vermeer in a virtual museum or take a selfie and check for your doppelganger in museums and galleries around the world. It’s a technology now used by many museums, including the Lawrence Wilson Art Gallery at the University of Western Australia, enabling visits to past exhibitions like Nikulinsky Naturally and Philip Noakes: Sculptural Silver or current exhibitions through our website. - Professor Ted Snell, Lawrence Wilson Art Gallery UWA Watch I’ve been recommending Babylon Berlin to everyone who will listen since the first season was released on Netflix in 2018. If you’re impatient with formulaic “golden age of TV” American productions, this, one of the most lavish non-English productions ever made, provides something quite different while still satiating that moreish television appetite. 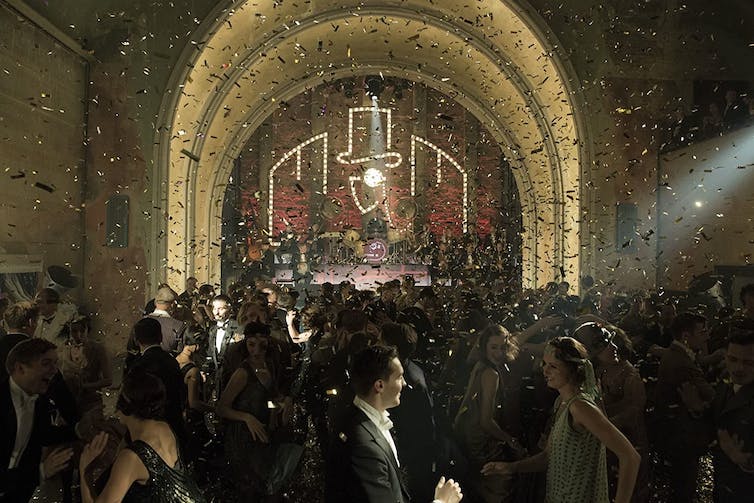 Babylon Berlin streams on Netflix. IMDB Set in a similar period, but a very different geopolitical context, is Park Chan-wook’s film The Handmaiden. Parasite has drawn interest to South Korean film but I’m not sure this 2016 film gets enough love. Sex, betrayal, con men, and a beautiful soundtrack. - Dan Golding, Swinburne University of Technology Watching Succession, I am so thrilled not to be irrationally rich. This stunning work connects the disease of a society with those inherent in family structures. With every episode, I think of Tolstoy’s Anna Karenina: “Happy families are all alike; every unhappy family is unhappy in its own way.” 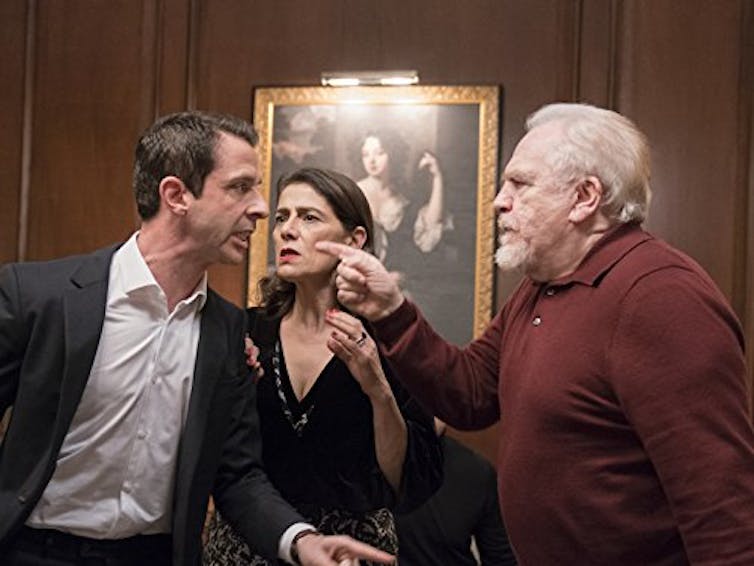 HBO’s Succession deals with society’s ills and family dysfunction. IMDB And go buy the Hammer Horror Blu-Ray Collection. The polished horror of 80s and 90s started with Hammer’s weirdly gothic hijinks. - Bruce Isaacs, University of Sydney The BBC’s 26-part epic 1974 TV costume drama The Pallisers is the perfect escape from our distraught present. Based on Anthony Trollope’s six novels, this is all about sex, ambition, and greed among the grandees of Victorian England. The costumes are fabulous and the acting is glorious. Here are classic English luvvies acting. A glittering Susan Hampshire fills the screen as Lady Glencora while Philip Latham’s Plantagenet Palliser oozes Victorian repression while hinting at explosive passion with a raised eyebrow. - Peter Hoar, Auckland University of Technology 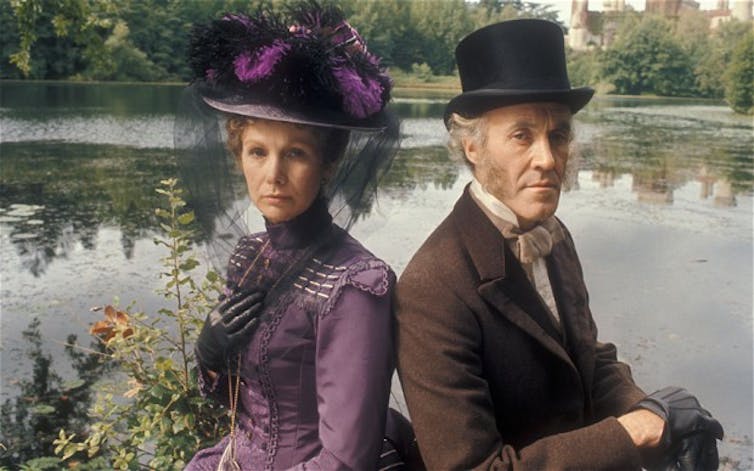 26 episodes of The Pallisiers should keep you busy. IMDB SBS World Movies is a treasure trove of world cinema with a high concentration of French, Japanese, Australian and American cult classics plus some quirky fresh(ish) offerings. The revolving door format means it’s worth checking regularly to see what’s new. My current picks are Martin Provost’s biopic Violette on French author Violette Leduc and David Lynch’s The Straight Story about a man who crosses the US on a lawnmower. The ultimate coronavirus film could be Patricia’s Rozema’s end-of-the-world survival guide Into the Forest with Ellen Page and Evan Rachel Wood. Empty shelves? Tick. All we have is each other.Finally, one cannot survive on streaming alone. You can’t run from the zombies with a face full of Doritos and blue light. The husband and wife team behind Fitness Blender on YouTube are refreshingly normal - no high tech tights or steroid-induced bulk - just real and able to get you moving. - Sally Breen, Griffith University