Similar studies are reportedly being planned in the US, China, Israel, Australia and elsewhere, with at least 20 potential vaccines under development.

The usual time scale for the development of a new vaccine is five to ten years. But the scale of the emergency we are facing creates overwhelming pressure to speed up this process.

Read more: Here's why the WHO says a coronavirus vaccine is 18 months away

The Moderna trial shows this has already been at least partially successful. The speed at which this trial vaccine has been developed is breathtaking, given the virus was only identified three months ago.

However, the shortcuts being taken – including skipping animal trials and going straight to human testing – may end up doing more harm than good.

What’s significant about these trials?

The rapid progress has been made possible, in part, by a promising new technology which is still largely untested.

Unlike traditional vaccines, the Moderna vaccine candidate doesn’t use modified or killed forms of the virus. Rather, it relies on genetically engineered fragments of the virus’ genetic code, which are calculated on the basis of a theoretical model.

But the goal of both types of vaccines is the same: to provoke an immune response that will provide protection against infection.

Similar methods have been tried in small clinical trials of new vaccines for other viral infections (not coronaviruses), with promising, but still inconclusive, results.

The trial is also unprecedented in that it involves testing a completely new therapeutic substance in humans. 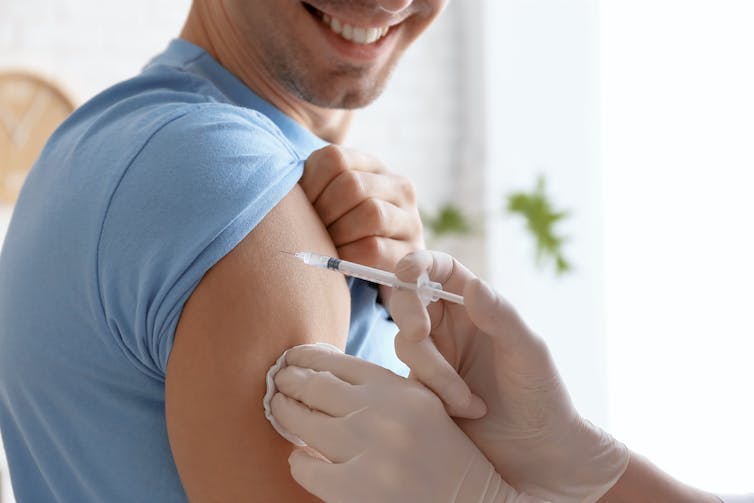 Vaccines are usually tested in animals before they’re tried on humans. Shutterstock

Usually, new drugs and vaccines are required to undergo a thorough assessment of safety in animals before humans are exposed to them.

However, in the present emergency it has been argued that there is no time to undertake such a process.

What’s the problem with jumping to human testing?

Testing a substance on humans that has received a minimal assessment of its safety poses potential risks. It could cause unexpected effects in the study participants, including severe illness and even death.

It’s also possible that an untested vaccine could even accelerate or enhance the effects of the virus instead of blocking them.

Read more: We mightn't like it, but there are ethical reasons to use animals in medical research

Speeding up the approval process and recruitment of participants also runs the risk of eroding ethical requirements relating to consent, privacy and the protection of vulnerable people, especially where payments may be involved. This could both increase the risks to volunteers and undermine public trust in clinical research.

The anti-vaccination movement already seeks to discredit the importance of vaccines. If a new vaccine, tested and introduced without established safeguards, is associated with major health problems, people may be less likely to undergo other vaccinations in future.

The research ethics regulatory system has protected us against these risks for 50 years. It ensures newly released products will be safe and effective.

But the system has problems. It has become deeply bureaucratised and ethical discourse has often been replaced by rigid administrative rules and the slavish completion of forms.

Often the approval process can take months, and involve an extensive cycle of quibbling with little or no ethical content. 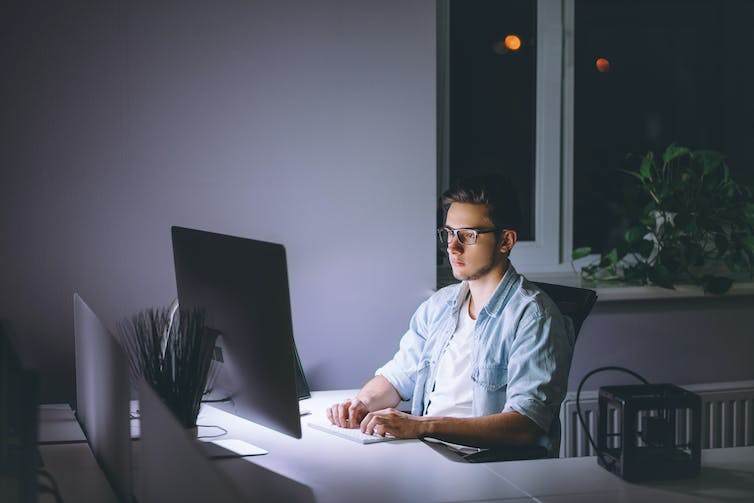 The challenge of COVID-19 research may prompt a rethink of this bureaucracy. The sheer urgency of the task may force a review of current ethics processes and open the way for a more efficient, streamlined system.

This process could stimulate a move away from the focus on formal rules and procedures and a return to the core idea of ethical deliberation in the service of urgent social needs.

Is there still a role for animal testing?

The question of the use of animals in research is more complex than it may first appear.

Animal testing has played a fundamental role in the development of many vaccines in the past and will continue to do so. But different viruses may produce different effects in different species. A candidate vaccine that appears useful in one animal species may not be effective in humans.

At the same time, animal rights groups have rightly pointed to a history of cruelty towards animals and have strongly advocated for the reduction or elimination of animal testing.

It would, however, seem premature to dispense with animal testing, which can provide invaluable guidance for human clinical studies. The search for animal models which mimic the effects of coronavirus in humans, and the testing of candidate substances, should continue, albeit with great care.

We need to maintain safety standards

The development and testing of COVID-19 vaccines is urgent and it is important to find ways to speed things up.

However, it has to be undertaken without compromising standards of care and safety.

Tried and tested processes to assess risks and benefits, protect research participants, and ensure the ethical conduct of clinical trials, must be preserved.

Read more: The coronavirus pandemic is forcing us to ask some very hard questions. But are we ready for the answers?