Climate Explained is a collaboration between The Conversation, Stuff and the New Zealand Science Media Centre to answer your questions about climate change.

If you have a question you’d like an expert to answer, please send it to climate.change@stuff.co.nz

Does the white roof concept really work? If so, is it suitable for New Zealand conditions?

Generally, white materials reflect more light than dark ones, and this is also true for buildings and infrastructure. The outside and roof of a building soak up the heat from the sun, but if they are made of materials and finishes in lighter or white colours, this can minimise this solar absorption.

During the warmer part of the year, this can keep the temperature inside the building cooler. This is especially important for building and construction materials such as concrete, stone and asphalt, which store and re-radiate heat. 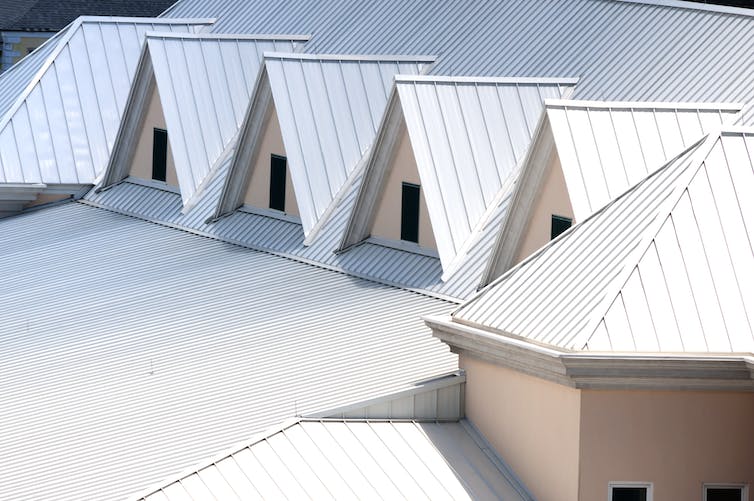 On a hot day, a white roof can keep the temperature cooler inside the building. from www.shutterstock.com

A New Zealand study tested near-identical buildings in Auckland with either a red or white roof. It found that even in Auckland’s temperate climate, white roofs reduced the need for air conditioning during hotter periods, without reducing comfort during cooler seasons.

This research suggests that there is potential for white-roof installations to significantly reduce the amount of energy needed to cool buildings. This would in turn reduce greenhouse gas emissions and also help us to adapt to rising temperatures.

It is difficult to quantify the impact for New Zealand’s housing stock because existing studies are mostly limited to larger commercial buildings. But research carried out so far suggests white roofs could be a viable approach to minimising the heat taken up by buildings during hotter parts of the year.

White roofs can also help reduce the temperature of whole cities. Many city centres include large buildings made of concrete or other materials that collect and store solar heat during the day. In a phenomenon known as the “urban heat island” effect, city centres can often be several degrees warmer than the surrounding countryside.

When cities are hotter, they use more energy for cooling. This usually results in more greenhouse gas emissions, due in part to the energy consumed, and contributes further to climate change.

New Zealand is different because our land mass has a maximum width of 400 kilometres. This means that unlike many urban islands on the African, Asian or American continents, New Zealand’s city centres benefit from the cooling effects of being near the ocean.

There are many international studies showing white roofs are effective in mitigating the urban heat island effect in densely populated cities. But there is little evidence that using white roofs in New Zealand cities could result in significant energy reductions.

A growing number of studies suggest making the surfaces of buildings and infrastructure more light reflecting could significantly lower extreme temperatures, particularly during heat waves, not just in cities but in rural areas as well. A recent study shows strategic replacement of dark surfaces with white could lower heatwave maximum temperatures by 2℃ or more, in a range of locations.

But studies have also identified some practical limitations and potential side effects, including the possibility of reduced evaporation and rainfall in urban areas in drier climates.

In conclusion, white roofs could be a good idea for New Zealand to keep homes and cities slightly cooler. As temperatures continue to rise, this could reduce the energy needed for cooling. We should consider this option more often, particularly for commercial-scale buildings made of heat-retaining materials in larger cities.