The past few months have shown us the importance of public servants making public statements as well as limits involved with this.

The limits have been most clearly demonstrated by Victoria’s deputy chief health officer, Annaliese van Diemen, who recently created controversy when she posted a tweet comparing Captain Cook’s voyage to Australia with the coronavirus pandemic.

Public servants are required to be apolitical.

Last week, Victoria’s public service watchdog found van Diemen did not breach the Health Department’s code of conduct. But she was nonetheless counselled about her social media use.

Public servants are also citizens and have the right to participate in the democratic process, including the right to free speech. But these rights are constrained by their obligations.

The High Court last August clarified those constraints in the Banerji case. In a unanimous decision, it found the 2013 dismissal of then immigration department employee Michaela Banerji for her social media activities was lawful.

The decision emphasised the constitutional role of the public service and its values: in particular, being professional, apolitical and impartial.

In his judgment, Justice James Edelman helpfully identified six factors that should be considered in deciding whether public comments are acceptable. These are:

Similar reasoning would surely apply in Victoria. While van Diemen’s most recent tweet is not directly partisan, it does confirm the anti-Coalition views demonstrated in her earlier tweets that were still visible last week on her Twitter account.

The counselling of van Diemen was clearly warranted; I am surprised she was not found to have breached her department’s code of conduct.

She would be in trouble on almost all the Edelman factors.

The value of public servants speaking to the public

More positively, we have seen over the past six months that public servants can play a critical role through public statements and a public profile.

The most impressive examples are Shane Fitzsimmons, who was until recently NSW Rural Fire Service commissioner, and Georgeina Whelan, the ACT Emergency Services Agency commissioner. 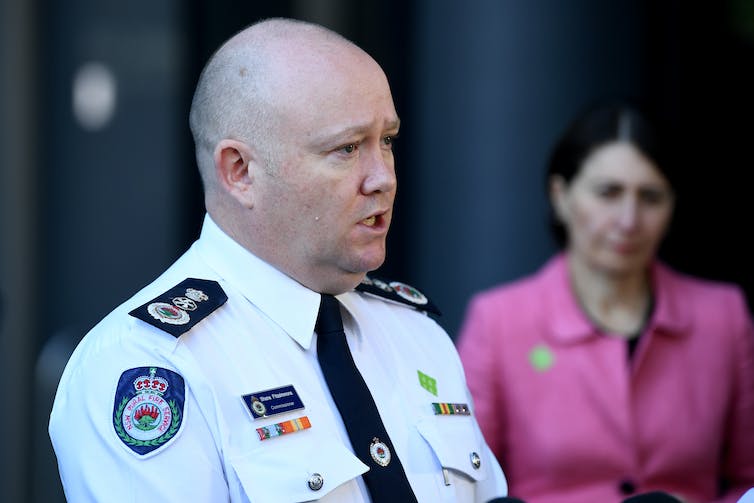 Shane Fitzsimmons recently stepped down as commissioner of the NSW Rural Fire Service after more than 12 years in the top job. Joel Carrett

Both contributed greatly to public safety and confidence as they kept people informed and exercised the authority they were given during the bushfires. Their political leaders stood beside them but allowed them to take the lead.

The Commonwealth’s chief medical officer, Brendan Murphy, and his deputies have played broadly similar roles during the COVID-19 crisis, as have the state and territory chief health officers.

However, theirs has been a more ambiguous role than that of the fire commissioners. They do not have direct authority to make decisions - they advise their ministers who are the decision makers. 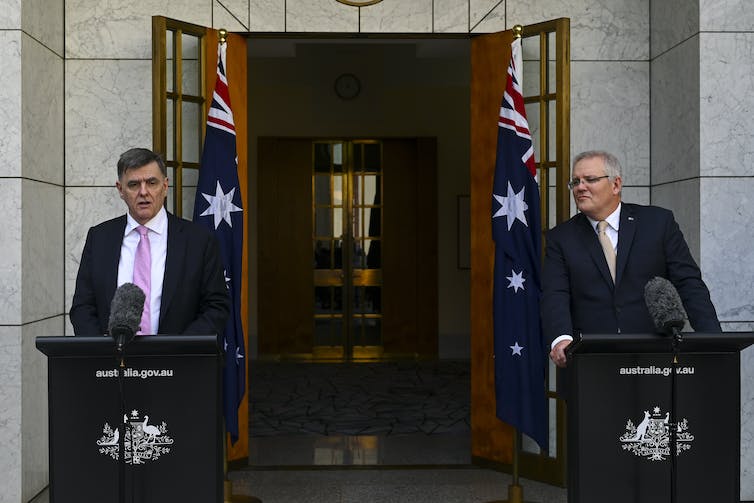 The political leaders nonetheless need to be seen to be relying heavily on the professional expertise of these public servants to ensure public confidence and widespread compliance with the behaviours needed to limit the spread of COVID-19.

The difficulty for public servants is to stick strictly to their professional advice and not to feel it necessary to directly support the decisions their political leaders have taken.

Treasury secretary Steven Kennedy is taking a lower profile. But his public statements, including to the parliamentary committee monitoring the COVID-19 response, have been important in providing expert explanation of the context of government decisions and the likely impact on employment and the economy, reinforcing community trust.

Read more: To restore trust in government, we need to reinvent how the public service works

The Morrison government’s recent reliance on public service advice, and its determination to be seen to do so, contrasts sharply with its attitude up until Christmas.

Directly after the election, Prime Minister Scott Morrison instructed departmental secretaries to concentrate on the implementation of government policies. Hopefully, his new-found appreciation of expert public service advice will continue.

Whether, when and how officials speak publicly are not new questions, but the dilemmas involved have become more acute.

On the one hand, public servants’ anonymity has long gone, since the advent of parliamentary committees, the Freedom of Information Act and other administrative laws that provided public access to information and rights to review public service (and ministerial) decisions. 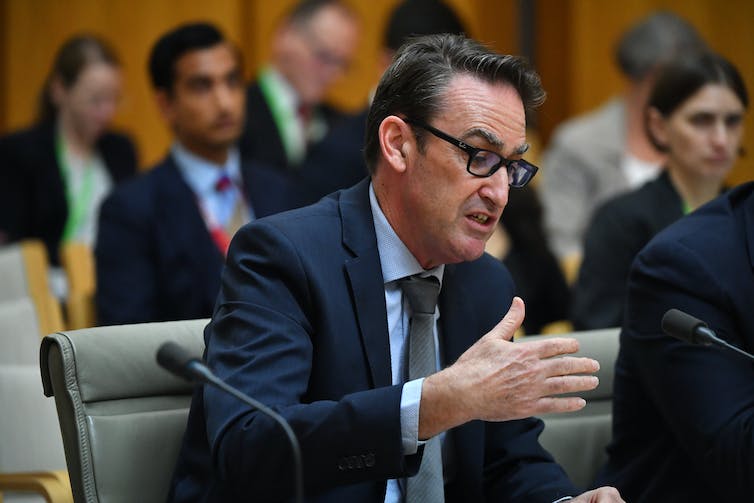 On the other hand, the professionalisation of politics has led to closer control of government communications. This often demands clearance of speeches and publications by ministers or their staff and constraining open engagement between public servants and external stakeholders and the public.

The current guide only lists the risks to be managed. Under Kennedy’s leadership, Treasury officers have taken the positive approach, for example in publicly opening up Treasury’s latest modelling of retirement incomes to academic scrutiny. However, it is clear some other departments are too cautious.

The challenge for public servants is to get the balance right. For their own professional development and the quality of public service advice and administration, they need to publicly engage.

Read more: View from The Hill: Morrison won't have a bar of public service intrusions on government's power

There is also public interest in public servants providing background analysis that explains the context and impact of government policy.

But public confidence is essential so that officials can serve governments of any persuasion. A lack of it can only lead to staffing based on political sympathies rather than merit, destroying the institution that is the professional public service.