Generally in Australia, we all get along pretty well and feel good about our society.

Studies show we have a strong “social cohesion index,” which has remained relatively stable for the past seven years.

But we cannot take this for granted, especially if the coronavirus pandemic also leads to a recession.

In the context of COVID-19, Australia has seen its politicians take quick and decisive action to protect our health and our economy. But in the flurry of recent press conferences from state and federal leaders, social cohesion has been dangerously neglected.

We already have racism in Australia

The advent of coronavirus has lead to disturbing reports of racism in Australia, including accounts of Asian Australians being spat on, verbally abused and bashed.

The Australian Human Rights Commission says it recorded more complaints under the Racial Discrimination Act in February than at any time over the previous 12 months.

While complaints have remained within the high end of the normal range, since the start of February, one-third of all racism complaints made to the commission have been COVID-related.

Even before coronavirus, we were already seeing worrying examples of racism in Australia. 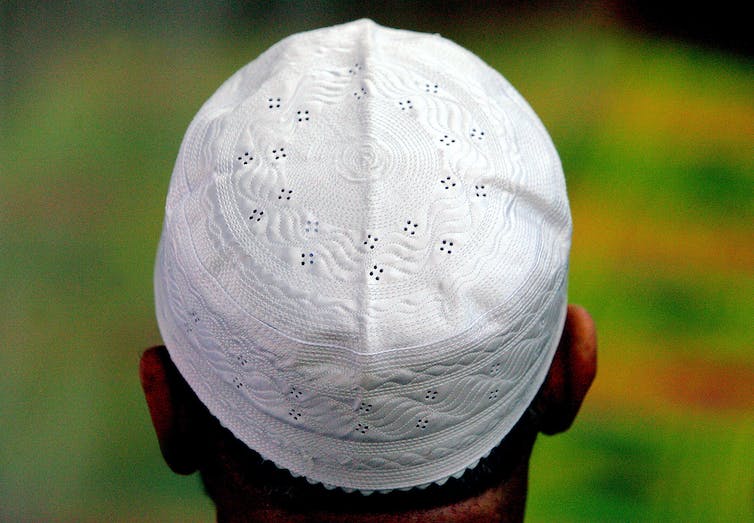 Even before coronavirus, there were worrying examples of racism in Australia. Darren Gray/ AAP

Last year, one in three NSW and Victorian school children reported being on the receiving end of racial discrimination from other kids.

The Executive Council of Australian Jewry has found a marked increase in the number of more serious incidents of anti-Semitism. In 2019, 40% of respondents to the Scanlon survey reported negative or very negative attitudes towards Muslims.

Far-right extremism is also on the rise, with ASIO warning small cells of people are meeting to salute Nazi flags.

Current levels of racism could get worse

None of this is good. What’s even more troubling is that it has the potential to balloon into something far worse in the near future, thanks to the COVID-precipitated economic downturn.

More precisely, it leads to scapegoating. Economic downturns precipitate scapegoating, because struggling people are looking specifically for someone, not just something, to blame. Often, that blame falls on ethnic minorities and immigrants.

Read more: Pandemic dents Australians' views of both China and the United States

Lawrence University psychologist Peter Glick is an expert on prejudice and discrimination. He says one of the main reasons people blame ethnic minorities is because it’s psychologically more appealing to do that than blame one’s own group, or accept that something happened outside of one’s control.

Indeed, accepting events that severely impact our lives (like recessions) are the result of natural forces (like an organically occurring virus) reinforces our feeling of a lack of control. And feeling a lack of control is arguably the defining feature of the COVID-19 pandemic.

Scapegoating is not haphazard

But blaming a group of people means action can be taken, often against them.

We may even be able to predict which ethnic minority groups are particularly vulnerable to scapegoating in these situations.

Scapegoating in this scenario is not haphazard. It focuses on specific type of ethnic minority - those that are perceived to be successful, but unintegrated or competitive with the dominant group.

So, ethnic minorities perceived as poor and unintegrated are less likely to be on the receiving end of blame and thus discrimination. It is the prosperous but untrusted minority we will accuse.

In recent times, there was an increase in racial prejudice in places like Italy and Britain during economic downturns such as the Great Recession of the 2000s.

Looking further back in history, there is the horrifying and violent treatment of Jewish people in Nazi Germany and Armenians in Ottoman-era Turkey, both of which occurred in the context of economic downturns.

Of course, it is ridiculous to suggest economic downturns are the sole cause of genocide, or that we are heading in such a monstrous direction.

But it is also unwise to ignore the repeated lessons about the impact of recession on relationships between ethnic groups in society.

In Australia, the historical precedence of the recession-racism link, coupled with our current struggles with race issues, means our nation is primed for strife.

We are in a moment of collective pause and planning. But in amongst the thinking about economic recovery, school openings and international travel, we need to be planning for a likely upswing in bigotry against ethnic minorities.

In particular, we should be anticipating which groups are most likely to bear the brunt of an increase in racism.

Chinese Australians were perceived as a threat to Australia before COVID-19, and are already reporting an increase in racist abuse during the pandemic. Most importantly, they are stereotyped as “competent but cold ” - a characterisation that makes them likely to be targeted in times of economic downturn.

Given these factors, it would be prudent to offer this community-specific, proactive support, and tackle any racism - towards them or any other group - decisively.

We need our leaders to step in

Political leaders are crucial in this regard.

Politicians can either stoke antagonism or lead the discourse in the other direction. They can aggressively counter any suggestion of racism and steer Australia through a difficult time, without allowing it to devour itself from the inside in the process. 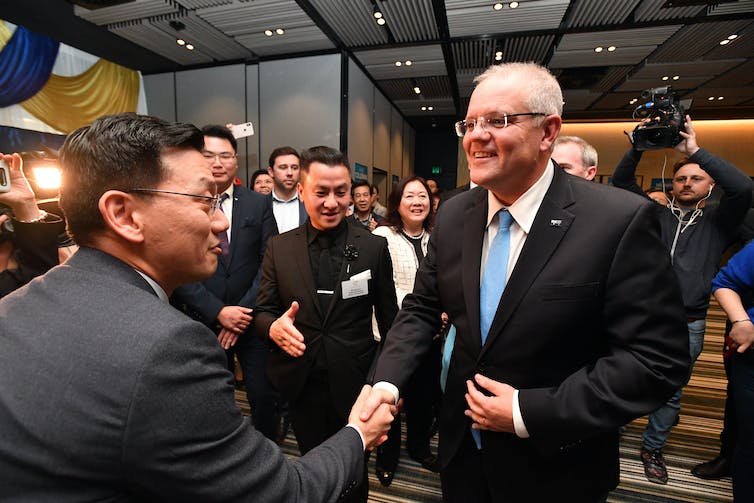 We need our politicians to lead the discourse away from racism. Mick Tsikas/AAP

Recently we have seen examples of both.

But other MPs have had a different emphasis. In the context of coronavirus, Labor’s multicultural affairs spokesperson Andrew Giles has been repeating Labor’s calls for an anti-racism strategy.

On matters as important as this, unequivocal guidance from the highest levels of politics is required.

Prime Minister Scott Morrison has already criticised COVID-related racism. But given that history shows us we are just at the beginning of what could be a protracted and dark period for race relations in Australia, much more must be done - and soon.

Read more: As restrictions ease, here are 5 crucial ways for Australia to stay safely on top of COVID-19

An uptick in racial prejudice during our economic downturn is not inevitable.

But the fallout of ignoring this prospect would be ugly for all Australians.

This is another outbreak we can anticipate. It, too, needs to be prepared for, contained, and eliminated.