The Jerusalem District Court has ruled that Malka Leifer is fit to stand trial on charges of child sexual abuse. This is a significant ruling in a very long process seeking Leifer’s extradition to Australia.

Leifer was employed from Israel to be headmistress of Melbourne’s Adass Israel Girls School in 2000. She is accused of 74 counts of child sexual abuse against former students of the school.

Read more: Explainer: what is extradition between countries and how does it work?

A six-year court battle for extradition

Her alleged victims – sisters Dassi Erlich, Nicole Meyer and Elly Sapper – have described their relief at this ruling, in a “bruising” six-year court battle involving 66 hearings to date.

The sisters had a difficult home life within an ultra-orthodox Jewish community, and for many years did not disclose their alleged abuse to anyone, even each other. 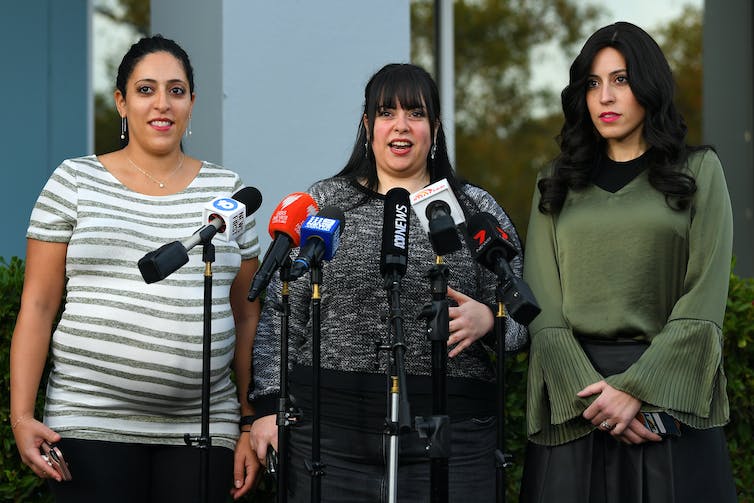 When allegations against Leifer emerged in 2008, the Adass Israel School funded her flights to flee with her family to Israel. Australia issued an extradition request in 2013, which Israel eventually acted on by arresting Leifer in 2014.

Leifer has by turns been bailed and imprisoned in Israel since that time. She has repeatedly claimed she suffers from mental illness to the extent that she is unfit to face trial on the charges against her. Government minister Yaakov Litzman has been accused of altering medical documents in Leifer’s favour to influence the outcome of court hearings regarding her health and fitness. Israeli police have recommended Litzman’s indictment.

One result of the delays and twists in the case is that no Israeli court has yet considered the substantive issues that are key to Australia’s extradition request.

In January this year, an expert psychiatric panel determined Leifer had been feigning her claimed mental illness to avoid extradition. In this week’s District Court ruling, Judge Chana Miriam Lomp accepted the panel’s opinion and decided Leifer was fit to stand trial.

Where to next for Leifer?

Judge Lomp has scheduled an extradition hearing for July 20. Leifer’s lawyers stand prepared to appeal a decision of that hearing.

This means Leifer’s alleged victims are hopefully at last close to the point where an Israeli court will make decisions central to the extradition process. The court will need to be convinced a clear case exists against Leifer to justify her extradition.

The point of extradition is to facilitate Leifer’s trial for crimes allegedly committed within Australia, which fall within the state of Victoria’s jurisdiction to prosecute. Although extradition is a concept emerging from international law, it is not governed by a multilateral treaty obliging one country to accept another country’s jurisdiction over its national.

Where Australia believes extradition is justified – and that a request fits within the framework of the Extradition Act 1988 – it can request but not expect extradition to occur.

Israeli law will govern the process followed in Israel. This may mean Israel would only permit Leifer’s extradition to Australia on the proviso she be returned to Israel to serve any prison sentence delivered to her by an Australian court.

Any appeal against an extradition ruling will delay the process further. Prosecuting authorities in Israel may challenge a successful appeal, but it is impossible to say what prospects of success would be. Although the most recent ruling is a very positive development for the alleged victims, it by no means secures the outcome they and the Australian government are seeking.

The lengthy history of this case has strained relations between Australia and Israel. Several Australian politicians have directly approached Israeli officials to seek an expedited process.

Even Israel’s ambassador to Australia publicly celebrated the latest ruling.

The allegations against Ms Leifer are very serious and the Australian Government remains strongly committed to ensuring that justice is served in this case. To achieve that, it is appropriate and remains the Government’s strong view that Ms Leifer is ultimately extradited to stand trial in Australia on the 74 counts of child sexual abuse against her and I travelled to Israel last year to make that case to Israel’s Attorney-General.

At this time, the thoughts of the Australian Government are very much with alleged victims and hopefully this positive development will give them some confidence that proceedings in Israel are moving towards their aim of seeing proceedings commence in Australia within the Australian justice system.“

Such high-level representations between governments reflect the extent to which Australia is committed to seeing Leifer tried in the Victorian courts.

Australia’s willingness to advocate for the rights of Leifer’s alleged victims vindicates the sisters’ long-standing commitment to pursuing this matter publicly, despite the inordinate toll the process has taken.