Over successive Sunday nights, the ABC has premiered two important television programs recounting the history of nuclear testing in Australia – the documentary Maralinga Tjuratja and a six-drama series Operation Buffalo. Both explore the ramifications of the Anglo-Australian nuclear venture conducted at Maralinga during the cold war – but in very different ways.

Interest in exploring Australia’s atomic history has lingered long after the 1980s Royal Commission into the British nuclear tests in regional South Australia between 1953 and 1963. The new programs seek to add to our understanding of the traumatic and bizarre nature of this time. 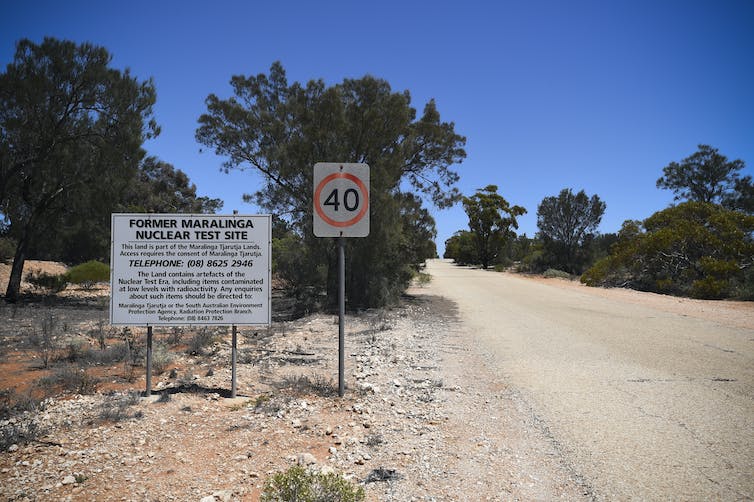 The safety of land for traditional practices at Maralinga remains uncertain. AAP/Lukas Coch

There is an important back catalogue of documentary making on the subject, including Backs to the Blast (1981), The Secret Country (1985), Fortress Australia (2001), Silent Storm (2003) and Australian Atomic Confessions (2005).

By contrast, Australian film and television drama has made rare ventures into the domain, most notably with Michael Pattinson’s Ground Zero (1987). Clearly, there is still more to say about the events at Maralinga and the other test sites.

I’ve met with displaced indigenous populations, military veterans and downwind communities affected by cold war nuclear testing and heard their testimony over the years. It was refreshing to encounter a local documentary on the subject produced and narrated by Indigenous Australians.

Written and directed by Larissa Behrendt, Maralinga Tjarutja stresses that the Indigenous people of this area should not be solely defined by their displacement and exposure to the nuclear tests, but by millennia of being in-country, where culture, knowledge and country are indivisible. The Indigenous elders interviewed for the documentary reveal a perspective of deep time and an understanding of place that generates respect for the sacredness of both. 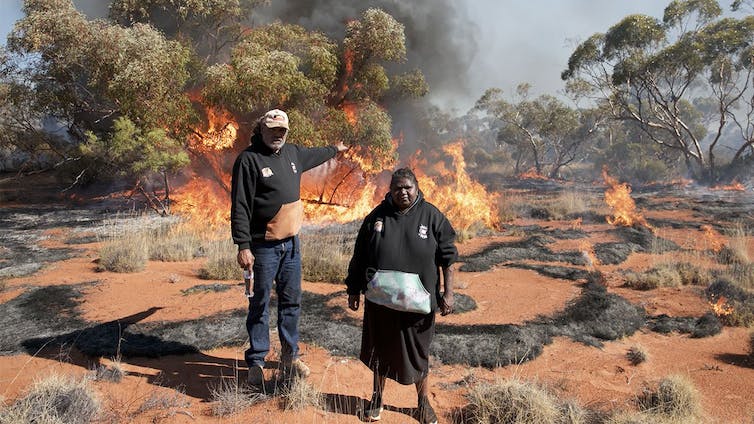 Sadness and loss is expressed in Maralinga Tjarutja by the land’s traditional owners. IMDB

Importantly, the documentary foregrounds a genuine hunger for knowledge and “truth” alongside the desire to reconcile two at times conflicting narratives, black and white.

It reveals the uncertainty that some Maralinga lands remain problematic for habitation, especially for traditional cooking. Elders, children and grandchildren describe the sadness and loss still affecting them, tinged with a hope for the future through the regeneration of the bush overseen by local Oak Valley rangers.

The profound and often tragic legacy of British nuclear testing in Australia will continue to have a long cultural and environmental half-life impacting flora, fauna and families for many generations to come. With people gagged by the UK Official Secrets Act and missing, inconclusive or disputed findings about the impacts from exposure to radiation, intergenerational trauma will linger due to uncertainty and anxiety.

Last Sunday’s introductory credits to the new six-part ABC series, Operation Buffalo, declares it “a work of historical fiction”, a point immediately qualified with the proviso “but a lot of the really bad history actually happened”.

Viewers expecting a serious docudrama forensically recounting the major controversies surrounding the British atomic tests in Australia will be disappointed.

An incongruous melange of satire, nostalgia and drama, Operation Buffalo functions akin to the traditions of Dad’s Army or M*A*S*H* rather than the deliberately grotesque and absurdist black comedy of Stanley Kubrick’s Dr Strangelove or Catch-22.

Longstanding larrikin and ocker tropes are paraded for parody alongside colonial tensions.

In the first episode men are mostly depicted as boozy, randy philanderers, unidentified rapists, lisping British boffins, or pompous and imperial patricians. The few women encountered are wily sex workers or world-weary nurses. Against this bumbling and corrupt assembly of miscreants, the initial representation of Indigenous characters is curiously played straight. Future episodes hint at a broadening of these stereotypes to include female scientists, spies and thuggish ASIO agents. 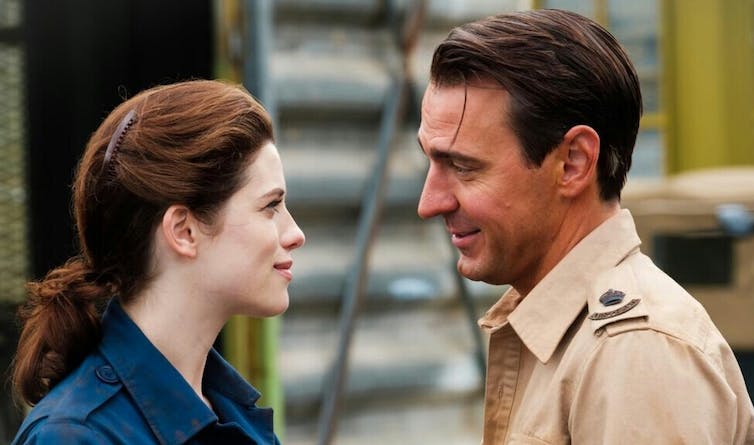 Operation Buffalo occasionally lapses from satire to farce, sprayed with scattergun effect, missing as much as hitting its comedic or political targets. Overall, the idea that such buffoons would be in charge of the nuclear testing enterprise is, of course, ludicrous. But the historical record remembers ethically odious British and Australian personnel, who ignored their own safety protocols to proceed with nuclear detonations.

The narrative economy dictated by a historical drama format often results in the conflation of characters and events, as evident is the 2019 HBO series Chernobyl. So, what obligation if any do the series creators have to accurately present these events?

In the weeks to come, Operation Buffalo will likely touch on matters still raw in the national psyche. They include Britain’s unilateral abandonment of major military and scientific joint-ventures in Australia, secret human radiation experiments, the mistreatment of Indigenous populations and service personnel, and the compounded denials and deceit over the contamination of the Maralinga lands. The scattergun approach may yet find its target.

Operation Buffalo is screening over six weeks on ABC and is available to stream on iView. Maralinga Tjarutja can still be watched via iView.