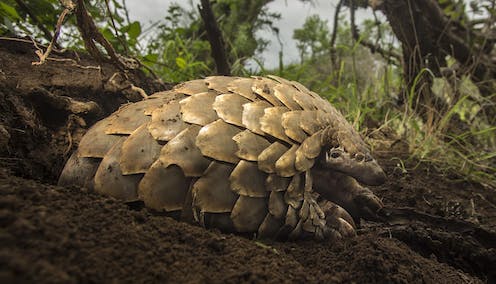 Pangolins are one of the most illegally trafficked animals on the planet and are suspected to be linked to the current coronavirus pandemic.

Pangolins are also one of the world’s most threatened species but new efforts are underway to reintroduce pangolins to parts of Africa where the animal has been extinct...

Pangolins are one of the most illegally trafficked animals on the planet and are suspected to be linked to the current coronavirus pandemic.

Pangolins are also one of the world’s most threatened species but new efforts are underway to reintroduce pangolins to parts of Africa where the animal has been extinct for decades.

Read more: What Australian birds can teach us about choosing a partner and making it last

The reintroduction of pangolins has not been easy. But it’s vital to prevent this shy, mysterious creature from being lost forever.

A cute but threatened species

Pangolins are the only mammals wholly-covered in scales, which they use to protect themselves from predators. They can also curl up into a tight ball.

They eat mainly ants, termites and larvae which they pick up with their sticky tongue. They can grow up to 1m in length from nose to tail and are sometimes referred to as scaly anteaters.

But all eight pangolin species are classified as “threatened” under International Union for Conservation of Nature criteria.

There is an unprecedented demand for their scales, primarily from countries in Asia and Africa where they are used in food, cultural remedies and medicine. 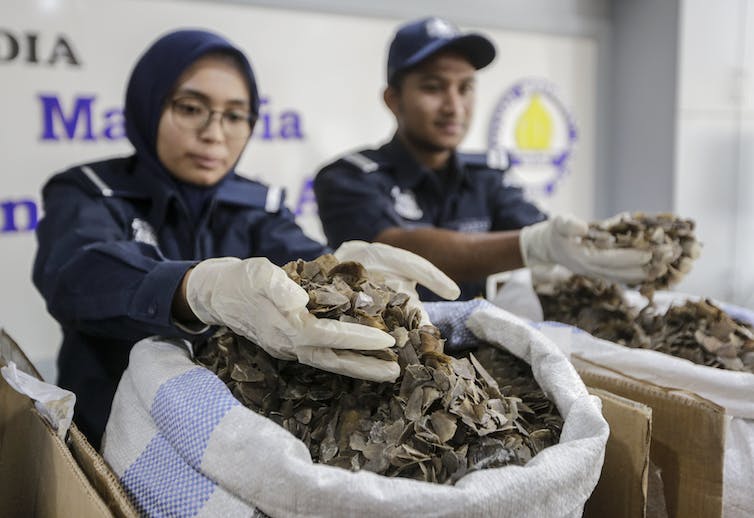 There is further evidence of the illegal trade in pangolin species openly on social media platforms such as Facebook.

Reintroduction of an extinct species

Each year in South Africa the African Pangolin Working Group (APWG) retrieves between 20 and 40 pangolins through intelligence operations with security forces.

These pangolins are often-traumatised and injured and are admitted to the Johannesburg Wildlife Veterinary Hospital for extensive medical treatment and rehabilitation before they can be considered for release.

Nine months on, five have survived. This reintroduction is a world first for a region that last saw a viable population of this species in the 1980s.

During the release, every individual pangolin followed a strict regime. They needed to become familiar with their new surroundings and be able to forage efficiently. 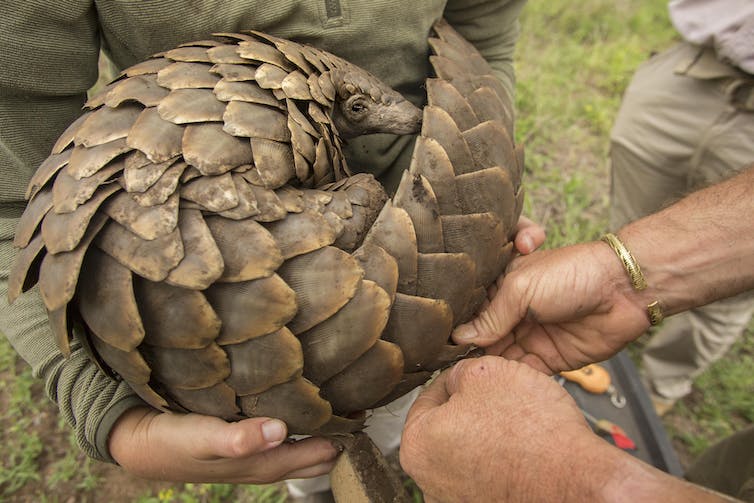 Pangolins curl up into a tight ball of scales. Alex Braczkowski

Previous releases, including early on in South Africa and in other countries such as the Philippines, the Democratic Republic of the Congo and Thailand had minimal post-release monitoring.

Pangolins released immediately following medical treatment had a low level of survival for various reasons, including inability to adapt to their release sites.

A ‘soft release’ in to the wild

The process on Phinda game reserve involved a more gentle ease into re-wilding a population in a region that had not seen pangolins for many decades.

The soft release had two phases: 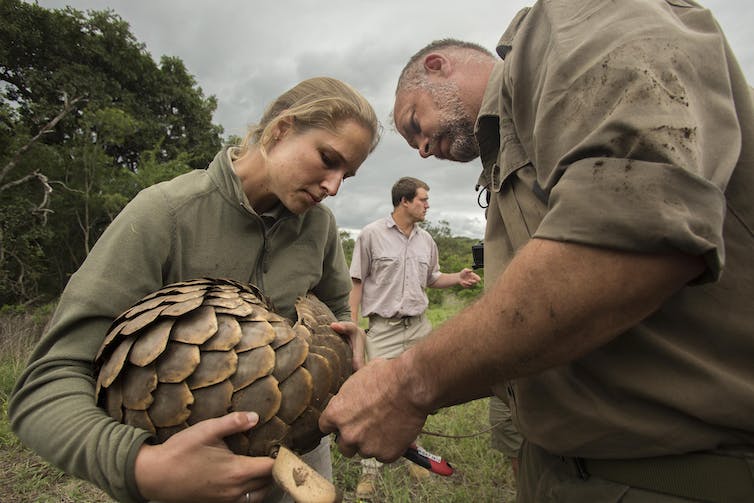 A satellite tag is fitted to each pangolin before release and transmits its location on an hourly basis. Alex Braczkowski

The pre-release period lasted between two to three weeks and were characterised by daily walks (three to five hours) of individuals on the reserves. These walks were critical for acclimatising individuals to the local habitat, its sounds, smells and possible threats. It also helped them source suitable and sufficient ant and termite species for food.

Following that, the post release period of two to three months involved locating released pangolins daily at first, and then twice per week where they were weighed, a rapid health assessment was made and habitat features such as burrows and refuges monitored.

A key component of the post release period was whether individuals gained or maintained their weight.

The way the animals move after release also reveals important clues to whether they will stay in an area; if they feed, roll in dung, enter burrows. Much of this behaviour indicates site fidelity and habitat acceptance.

Read more: No, Aussie bats won’t give you COVID-19. We rely on them more than you think

Following nine months of monitoring and tracking, five of the seven survived in the region. One died of illness while the other was killed by a Nile crocodile. 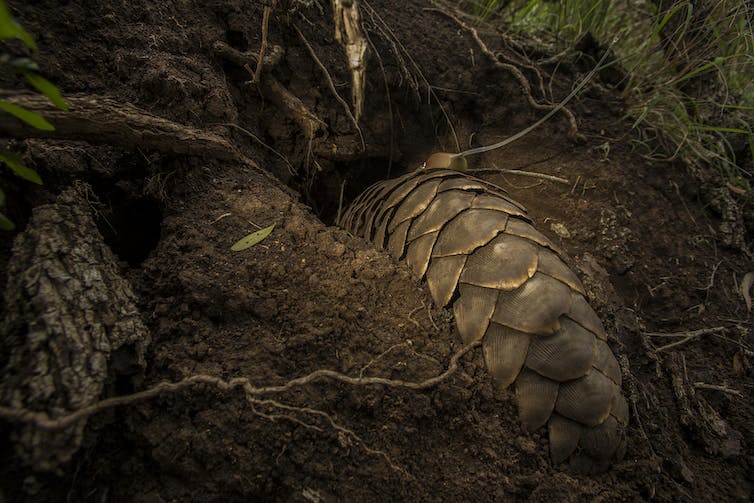 Released pangolins are located at burrows like this one. Alex Braczkowski

Why pangolin reintroduction is important

We know so little about this group of mammals that are vastly understudied and hold many secrets yet to be discovered by science but are on the verge of collapse.

The South African and Phinda story is one of hope for the Temminck’s pangolin where they once again roam the savanna hills and plains of Zululand.

The process of relocating these trade animals back into the wild has taken many turns, failures and tribulations but, the recipe of the “soft release” is working.