The COVID-19 pandemic has opened fault lines in social, economic and health-care policy in Australia. One area in which all three converge is homelessness.

It’s almost impossible to practise self-isolation and good hygiene if you’re living on the streets or moving from place to place. This puts homeless people at higher risk of both catching the disease and transmitting it to others.

At the beginning of the pandemic, governments recognised this problem and responded by housing homeless people in hotels.

But we need to act now to ensure these people aren’t forced back onto the streets as the pandemic recedes.

This is particularly important given we’re worried about the mental health fallout of the pandemic. Evidence shows homelessness and mental illness are inextricably linked.

Read more: Homelessness and overcrowding expose us all to coronavirus. Here's what we can do to stop the spread

The initiative to house the homeless in hotels has been targeted mostly at “rough sleepers”, of whom there are more than 8,000 in Australia.

But people who sleep on the streets make up only a tiny proportion of the Australians we consider to be homeless. Homeless people also include those living in unstable or substandard accommodation, for example.

So this is only a temporary solution to a national emergency, and addresses only the tip of the iceberg.

Mental illness and beyond

At least one in three homeless people have a mental illness.

It’s also a consequence of family violence, which itself increases the risk of poor mental health in children and adults.

But homelessness can also be a cause of mental illness, through its associations with poverty, unemployment, emotional stress, food insecurity, discrimination, exploitation, loneliness and exposure to violence, crime and drugs. 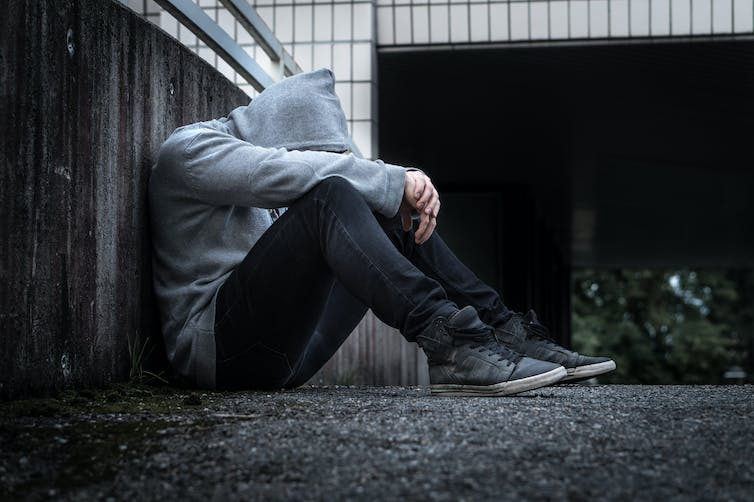 The pandemic has momentarily lifted the cover on homelessness as a widespread and, so far, intractable social, economic and health problem.

It’s not only a reservoir of private suffering for those driven to the social margins through unstable or inadequate accommodation.

Read more: When it's easier to get meds than therapy: how poverty makes it hard to escape mental illness

What will happen to the homeless people currently housed in hotels as the pandemic subsides?

As catastrophic an event as COVID-19 has been, it has created a unique opportunity to improve the long-neglected and critically poor state of social housing in Australia.

The Productivity Commission and AHURI both advocate increased investment in low-cost, secure and good-quality accommodation, linked where necessary with suitable support services.

Many jurisdictions have excellent programs that help people with mental illness to live independently, such as the Housing and Accommodation Support Initiative in NSW. But these need to be scaled up dramatically.

Read more: The need to house everyone has never been clearer. Here's a 2-step strategy to get it done

Affordable social housing combined with government transfer payments (such as pensions, Centrelink and disability payments) sufficient to meet basic living costs would be a major boon to mental health in this country.

Both the Productivity Commission and AHURI highlight bridging the gaps in social housing could promote recovery from mental illness, enabling greater social participation and enhancing well-being. It’s likely this approach would also prevent many cases of mental illness before they take hold.

In the long term this would far exceed the benefits flowing from piecemeal handouts for clinical services, which is the present norm in addressing the mental health fallout of the COVID-19 pandemic. 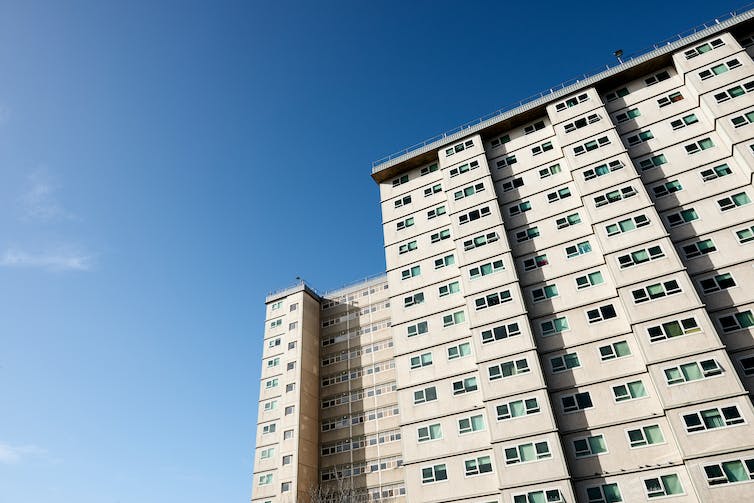 Improving social housing in Australia would have a range of benefits. Shutterstock

Last week the Australian government announced HomeBuilder grants of A$25,000 for owner-occupiers for certain works on their homes. This funding will be going to people who already have homes and can afford substantial renovations.

There is a strong case for making similar investments in housing the homeless, which would substantially benefit the mental health of our most disadvantaged citizens.

Now is the time for a nationally coordinated effort by federal and state governments to institute economic, social and health policies to address the nexus between homelessness and mental health, and the poverty that feeds into both.

Read more: Poor housing leaves its mark on our mental health for years to come