An Indigenous teenager is suing the state of NSW, alleging he was assaulted by police, according to The Sydney Morning Herald.

But this is a rare example.

Amid the Black Lives Matter protests and focus on Indigenous justice here in Australia, there have been increasing calls for police and authorities to be held accountable for the harm caused by their actions.

But this is usually voiced as the need for disciplinary action or criminal prosecution, alongside more systemic change like defunding the police.

Read more: Defunding the police could bring positive change in Australia. These communities are showing the way

There are few calls for victims or their families to take police to court to get compensation, even though this could provide a path to justice and accountability.

There are several main avenues for taking police or prison officers to court, depending on the circumstances.

Situations where officers use physical force may constitute “battery” if there is non-consensual physical contact. Usually, this will only be worth suing for if the victim has been injured as a result.

To make police liable, the physical contact also needs to go beyond what was legally authorised. For instance, earlier this month, the High Court ruled the use of tear gas on four teenagers at Don Dale youth detention centre in 2014 was battery. This was because the use of weapons against minors was beyond the powers given to police and prison officers under Northern Territory legislation.

Another option is “false imprisonment” if police detain someone without any legal authority, while threats of imminent non-consensual physical contact may be “assault”. Technically, this can be grounds enough for taking an officer to court, but assault is usually only worth suing for where it accompanies battery, or where it causes serious psychological harm. 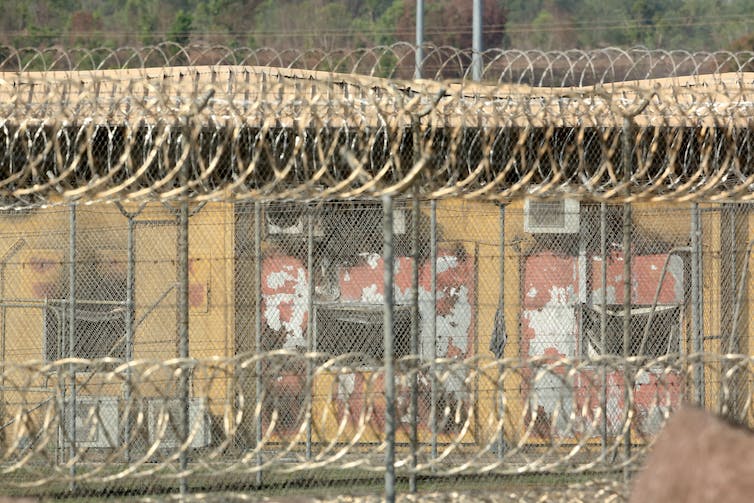 The High Court found teenagers who were tear-gassed at Don Dale are entitled to damages. Glenn Campbell/ AAP

In 2019, the Victorian Supreme Court found the 2015 arrest of Eathan Cruse during a terror raid was unlawful and the use of force was not necessary. Even after handcuffing Cruse, police continued to beat him, threatening that there was “more to come”, and told him “don’t fucking say a word”.

Once a person is in custody, they are owed a duty of care, and this duty can even require protecting them from harm by others or themselves.

This means another potential avenue for suing the police is “negligence”, which involves carelessness that causes harm.

Negligence is relevant, then, in situations where police or prison officers carelessly fail to seek medical assistance for a person in custody or ensure they are safe.

Where negligence leads to a victim’s death, family members can sue on their behalf – as in the case of 19-year-old Trent Lantry, whose mother sued the state of New South Wales in 2005. Prison officers involved were found to have been negligent by placing Lantry in a cell with easy access to a hanging point.

Despite the well-documented crisis of Indigenous deaths in custody, and criticism regarding the failure of governments to implement recommendations from the 1991 royal commission, civil cases against police or prisons are relatively infrequent and usually not well publicised.

To sue successfully, a victim needs to have access to evidence, and effective access to legal aid or resources to fund their own representation.

Read more: 'I can't breathe!' Australia must look in the mirror to see our own deaths in custody

They must also act within statutory time limits. A claim for personal injury must usually be brought within three years from the time of the injury, but exceptions or extensions may apply.

The rigidity of these limits was demonstrated earlier this year, when the Federal Court dismissed Tamica and Edward Mullaley’s application for a time extension. The pair were hoping to sue the state of Western Australia for alleged police negligence causing them significant mental harm.

What can happen if successful?

If a plaintiff establishes liability, then the defendant is typically ordered to pay them a sum of money as compensation.

If the misconduct has been particularly bad, or has resulted in serious humiliation, then “exemplary’ or "punitive” damages may also be ordered. This was the outcome in the 1989 case of Henry v Thompson, in which police officers punched, kicked and urinated on the Indigenous victim.

But some jurisdictions, such as NSW, have laws preventing victims from being awarded compensation if the harm happened while, or just after, they committed a “serious offence” – unless the harm itself was also the consequence of a serious offence.

So there is more to be done

The legal community has pointed to a growing awareness of the option to sue police or the state for wrongdoing in custody. But it is still an under-utilised area of law.

Even in individual cases, it is typically the government department and not the individual police officer or prison guard who pays any compensation.

While this may mean a victim is more able to access compensation, it also means fewer consequences for the individual officer involved, and so less deterrence for other police. 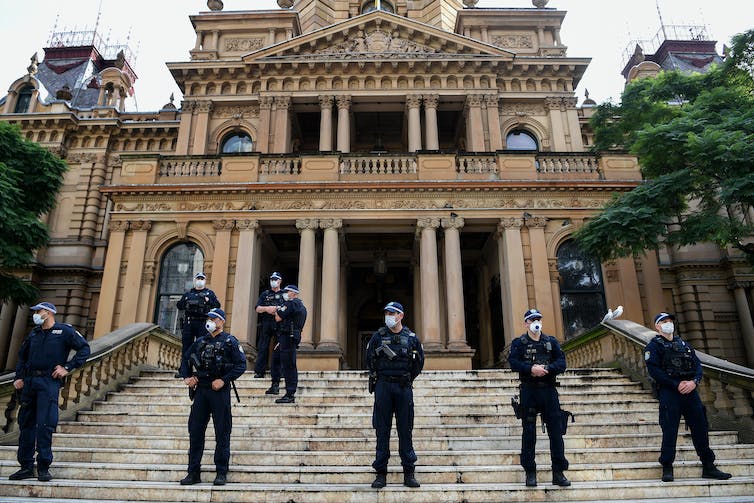 If the departments who are paying see such claims as simply “the cost of doing business”, nothing will change.

These claims are therefore best thought of as part of a “regulatory web”, that sits alongside and boosts policy reform and other mechanisms of accountability.

If more victims can be supported to approach the courts and enforce their rights, then this area of law could help keep police and other authorities accountable in the ways they exercise force.