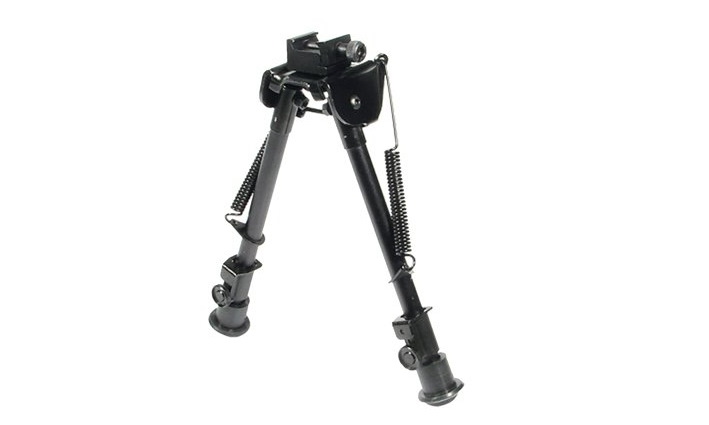 A rifle bipod is a device that is attached to a rifle to keep it steady and help a shooter take a more accurate shot. When you make use of a rifle bipod, you can get up and down stability, as well as side-to-side stability.

When used in stabilizing a rifle, rifles bipods reduce movements and help with forward rest. With a rifle bipod, it is a lot easier to operate a gun. This is because a rifle operator can rest their rifle on objects such as the wall and the ground. Once done, stability, as well as accuracy, are improved.

Rifle bipods come in various styles. Some of them are adjustable while some others are fixed in length. Furthermore, some of them make it possible for the rifle to be tilted while others keep the rifle in just one position.

How Long Have Bipods been around?

Rifle bipods might be very popular in today’s world. They, however, have been around for a very long time. Their first appearance can be traced to the 12th century. While bipods were first used in the 12th century, they were first made use of with rifles in the 19th century. They were used by hunters looking to kill game such as buffalo.

Although rifle bipods were first used in the 19th century, they became a major device used in wars in the 20th century. While various groups of people have made rifle bipods at different times, Harris Engineering, Inc. was the first firm recorded to have manufactured rifle bipods in commercial quantity.

That being said, below are some of the best rifle bipods;

Do you own a modern rifle and need just the right rifle bipod without spending so much money? If yes, you can rely on the CVLife Tactical Rifle Bipod to make this a reality. With this rifle bipod, you can enjoy a height that ranges from 9 inches to 13 inches.

This rifle bipod can be adjusted very easily. All you need to do to adjust it is to push a button. After pushing this button, go on and pull its legs.

With this rifle bipod, you have access to a panning capacity of 360 degrees. The implication of this is you won’t struggle to scan left to right regardless of how far you want to scan. This means you can easily keep an eye on an object as its moves.

This rifle bipod is of top quality. However, beyond being of top quality, it is also very affordable. The UTG Hi Pro shooters bipod is light and can be adjusted from 8.7 inches to 10.6 inches.

While this rifle bipod is not one that gives you a broad range of adjustments so long height is concerned, it is one you can depend on for bench rest shooting, as well as hunting. You do not need to be an expert at using rifle bipods before you can effectively make use of the UTG Hi Pro Shooters Bipod as it is very easy to attach it to any weapon you want to make use of.

This bipod is one that the military seems to prefer over other bipods. It needs an adapter for it to be mounted to a rail system. This is because it is attached to a sling swivel.

This rifle bipod does not come with a centerpiece. Due to this, it is one of the lightest available rifle bipods. It has a maximum height of 8 inches and a minimum height of 5.7 inches. The legs that come with this bipod can be adjusted independently of the bipod. Also, they can take up 5 various positions.