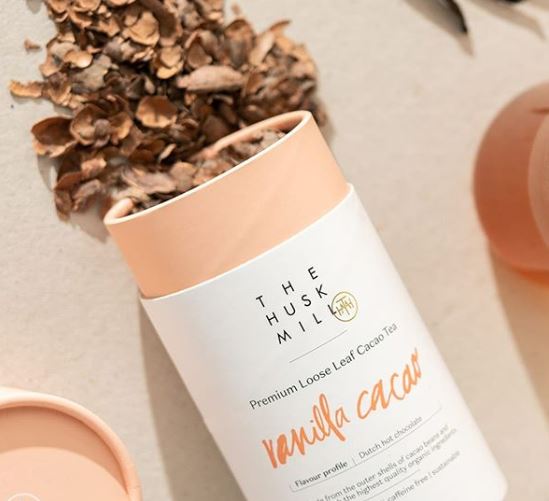 For many years, tea and coffee have been touted as drinks that will speed up your metabolism because of their common ingredient – caffeine.

Now, wellbeing and weight loss experts are turning to a new drink called ‘cacao husk tea’ because of its amazing health benefits and ability to give the metabolism a shot in the arm.    Apart from containing a load of goodies including antioxidants, magnesium and other nutrients, the flavonoids in cacao can also prevent fat-like substances in the blood from clotting and improve blood vessel function.

Cocao husk tea is also rich in theobromine and has a small amount of caffeine – all of which can give your metabolism a bit of a lift – resulting in the burning of more calories!

“Cacao husk tea is not only one of the most exquisite teas you can drink, it is incredibly good for you and the environment too,” Elaina Downey said today.

“We take the outer shell of the cocao bean and give it a new life – where all the gorgeous taste of its interior can be enjoyed without the calories.”

Cacao husks are the outer shell of the cacao bean that have previously been discarded in the chocolate-making process.  However, cacao husks have been used in South America for centuries to create a healthy and indulgent tasting tea.

“Think of cacao husk tea as a rich, dark hot chocolate with no sugar, no dairy, no gluten and almost no calories.  Out of all the ways to taste chocolate, drinking cacao husk tea is easily the healthiest,” Elaina Downey added.

“Chocolate and tea are two of everybody’s favourite things, so when we found out that there was a way to combine them into one tasty and healthy product, we knew that Australians would love it.  Basically, with The Husk Mill’s cacao husk tea, you can have your chocolate and drink it too!

“The pure cacao husk tea is naturally quite dark, so if you’re a sweet tooth, we recommend adding a splash of milk  of your choice and some coconut sugar.”

According to Downey, there are also a number of key wellbeing benefits.

Cacao husks absorb many of the nutrients from the beans themselves.  As a result cacao tea contains many similar health properties such as vitamins A, B1, B2, B3, B5, C and E and minerals including iron, zinc calcium and magnesium.

Cacao husk tea is free from sugar and any additives which makes it the ideal indulgence for anyone with diabetes as it does not affect blood sugar.

Cacao husk tea is rich in antioxidants.   Antioxidants help remove damage causing free radicals from the body which in turn helps to reduce the risk of inflammation, disease and other issues

Cacao is one of the highest plant-based sources of magnesium.   Magnesium is a nutrient that the body needs to stay healthy. It is important for many processes in the body including regulating muscle and nerve function, blood sugar levels, and blood pressure and making protein, bone, and DNA

Cacao husk tea contains caffeine and Theobromine which is a naturally occurring compound found in cacao plants and tea leaves.   It is a slow release stimulant that provides a gentle pick-me-up.   This combined with the caffeine provides a metabolism boosting effect

Cacao husk tea also helps to reduce your blood pressure.  Theobromine causes blood pressure to decrease quickly due to the widening of blood vessels. It blocks phosphodiesterase enzymes and increases the activity of a messenger called cAMP. This messenger activates an enzyme called PKA, which reduces inflammation and causes widening of blood vessels and increases stimulation

Cacao husk tea is not only free from sugar, it is also free from gluten and any additives.   It is full of taste with minimal calories which makes it ideal for anyone trying to manage their calorie intake or lose weight

The Husk Mill has a number of signature blends, which include: Vanilla Cacao, Rose Cacao,  and Coconut cacao.  These three blends, along with all of The Husk Mill’s products, are available for purchase on their online store.

“We’ve noticed that when someone tries one of the blends, they immediately want to try them all.  They’re that good,” Downey said.

The Husk Mill sources most of their cacao husks from Australia and some from the Western slopes of the Andes in Peru.