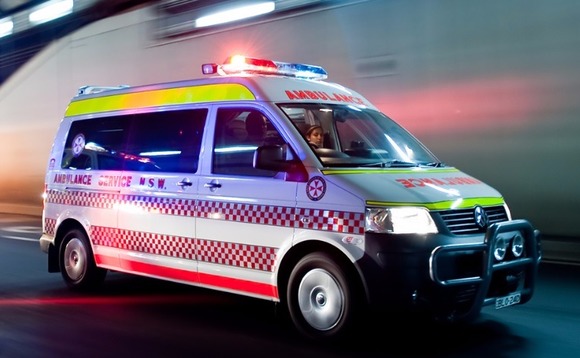 In the middle of National Safe Work Month, it is important to consider the immense cost of work-related injury and disease nationally.  It is undoubtedly a burden that has enormous ramifications economically and socially for workers, employers and the broader community. The impact is borne out by data just released by Safe Work Australia (Key Work Health and Safety Statistics Australia 2017). While the good news is that the volume of workers compensation claims is declining overall, the enormous cost of claims, as well as the shifting nature of the claims being made, suggests significant ongoing challenges.

The economic cost of work-related injury and disease has been estimated by Safe Work Australia at a total of $61.8 billion per annum for the 2012-13 financial year or 4.1 per cent of Australian GDP (using methodology developed by the former National Occupational Health and Safety Commission). Plainly, the economic burden of workplace injury is enormous and is one shared by workers, employers and the broader community. What may be surprising is how unequally the cost of work-related injury and disease is shared and where the burden rests proportionately. Overwhelmingly and, increasingly, it is estimated that it is not employers but workers who bear the brunt of the cost at an estimated 77 per cent (up from 74 per cent in 2008-09). This is in contrast to employers who bear 5 per cent (unchanged since 2008-09) and the community, which bears 18 per cent (down from 21 per cent in 2008-09).

Of course, economics is only part of it. The ultimate cost of workplace injury or disease is loss of life. The fact is, too many Australian workers are still dying because of injuries or diseases sustained at work. In 2016, there were 182 fatalities nationally (1.5 deaths per 100,000 workers). Perhaps somewhat surprising is the age demographic with the highest number of fatalities among those workers aged between 55 and 64. Very deep and long-lasting trauma sits behind these statistics, impacting on families, workmates and the community. There is positive progress in that the fatality rate has decreased by just under half over the past decade. While the highest fatality rates occur not surprisingly in industries such as agriculture, manufacturing and construction and within traditionally hazardous manual occupations of machine operators, labourers and trades workers, workplace-related deaths occur right across occupation groups including ‘white collar’ professional groups.

While death from workplace injury is of most grave concern, as an advocate for injured workers for more than two decades, I have seen time and time again the impact of workplace injuries or disease on workers. Inevitably, injured workers face numerable challenges on top of the injury itself and must contend with financial insecurity and hardship, emotional upset, and, often, stigma in the workplace. The profound aftermath of personal injury, including broader psycho-social consequences, is the reason why Slater and Gordon was the first law firm in Australia to engage a social worker to support clients beyond the legal process. Notably, in the 2016-17 financial year, the highest proportion or 35 per cent of referrals to our national social work practice related to workers compensation claims. This is proof of the far-reaching emotional and social consequences of personal injury and particularly workplace injury.

The good news in National Safe Work Month is that Safe Work Australia data shows rates of workers compensation claims nationally have also been declining steadily over the past ten years. WorkSafe Victoria also reports in its Annual Report for 2016-17 a pleasing reduction in workplace injuries in the order of 22 per cent per million hours worked over the preceding five years.

However, there is a growing challenge for employers and communities, which is that while claims are declining overall, the landscape in Victoria, at least, is changing and becoming more complex due to the increasing numbers of mental health claims. Such claims arise out of a range of circumstances such as emergency services workers witnessing traumatic events in the course of work, workplace bullying and stress caused by excessive or unreasonable demands and pressures. Victorian data shows that claims for compensation for psychological injuries are rising both in terms of treatment expenses and for income benefits. Mental health injuries tend to be more protracted and complex to manage for employers, harder to treat and workers are off work for longer than non-mental injuries and, in my experience, the stigma is often greater. For employers, prevention of workplace injuries in terms of policies to build resilient and positive workforces is vital and is more complex than traditional occupational safety measures such as guard on machines and appropriate equipment.

National Safe Work month is a timely reminder that workplace injury has the potential to impact workers in all aspects of work and all stages of their working lives. Prevention of workplace injury must be a key focus for employers, regulators and all of us as workmates and colleagues and will have key wide-reaching social and economic benefits.