Private enterprise has shaped the skylines of Australia’s cities, and the names of their highest towers reflect this. The towers of Sydney shout finance: Deutsche Bank, MLC, Ernst & Young, ANZ, Suncorp. The tall buildings of Perth read like a mining index: BHP Billiton, Rio Tinto, Woodside. In Melbourne, residential skyscrapers for investors make up the mass of new development, with names like Aurora, Verve, Empire and Vision – names that are timeless (and placeless).

The recent transformation of Australian city centres makes them appear unruly and wild, with their gilded towers, curtain walls compiled from a cladding company catalogue, and hybrid building types. Two-storey Victorian-era fronts abutt six-storey apartment buildings, or are completely engulfed by towers. This bricolage, paired with aspirational branding, creates the impression that property developers and financiers are the main drivers and shapers of this “anything goes” approach to urban development. 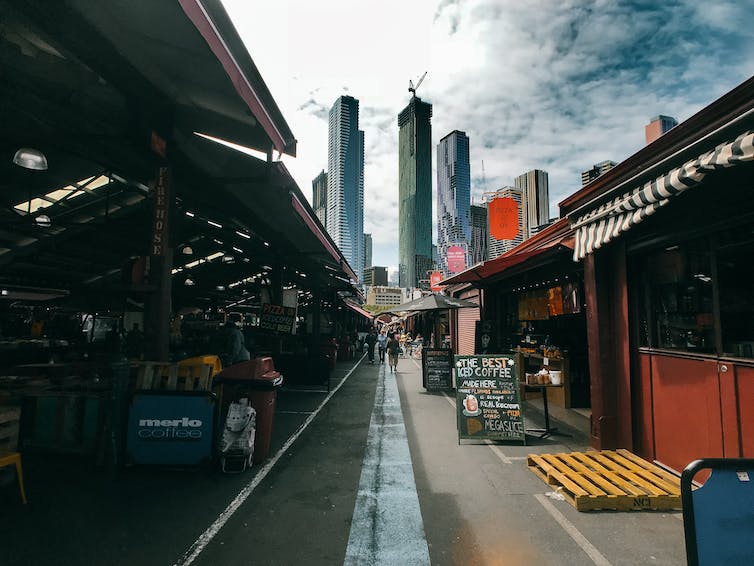 This is partly true. Market-driven development has always played a leading role in the urban settlement of Australia. But markets operate within a framework of rules that mitigate the negatives of urban development for the public good.

Governments have a key role in setting policies, rules and regulations that steer those driving urban development through the morass of planning policies, design guidelines and codes for buildings. Within these planning mechanisms, government actions should reflect the standards and expectations of the communities they represent.

So why is there such a gulf between what the centres of Australian cities look like, including their public spaces, and community expectations? Part of the problem is the lack of guidance about quality design during the planning and design phase and the consistent decision-making necessary to achieve it.

Nowhere is this more obvious than some of Melbourne’s recently built tall towers.

Over the two decades up to 2015 there was a lack of strong regulation of planning schemes around taller buildings. In 1999 – when the economy was sluggish – the state government removed density controls from the city centre to allow maximum flexibility in property development.

These controls had established a maximum floor area ratio (FAR) of 12:1. This means that if a site has an area of 1,000 square metres, the construction of 12,000 square metres of floor space is allowed. It might be a building built across the whole site to 12 storeys, or a building on half the site to 24 storeys.

It is only by chance that Melbourne’s height limit was set between 265 metres and 315 metres, so that buildings did not intrude into aircraft flight paths.

However, setting height limits through density controls – regulating floor areas, and apartments, in a building, block or precinct – is an important lever for achieving better design. It’s a form of regulatory “bargaining power”, permitting a few extra floors in return for better public amenity. Without it, there can be many bad outcomes, particularly at street level, as is obvious in some recently built towers.

The City of Melbourne’s 2018 report, Promoting High Quality Urban Design Outcomes in the Central City and Southbank, notes a “lack of design investment in the lower 20 metres of building facades and in particular in shopfront design” in the past. The problems include allowing parking above ground in podiums, tinted glass that renders active uses (such as common areas or commercial tenancies) invisible, and poor materials and architectural details that undermine the quality of the streetscape. This can contribute to poor visual connections between building occupiers and pedestrians, which reduces surveillance from above that would help make streets safer.

Some developments just look incredibly cheap and bland. There are flat finishes and facades, tinted glass, floor-to-ceiling glazing with repetitious frames and mullions, building services taking up much of the street frontage – despite the luxury apartment taglines used to market these towers. 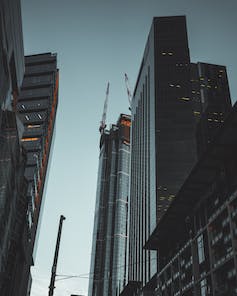 Melbourne has more than 40 skyscrapers, with another 20 or more under construction. Arun Clarke/Unsplash

Planning controls in the central city and Southbank area of Melbourne have become tighter since interim controls were put in place in 2015. These became permanent in 2016. Most of the podium and infill towers recently springing up in Melbourne received planning permission before then.

These new planning controls have already led to a reduction in above-ground car park podiums, as developers aim to increase their yield in the face of restrictions on floor area ratios.

Despite these new planning provisions promoting quality design, there is still ambiguity around what good design means for Melbourne’s taller building proposals. This becomes an issue when tall buildings are subject to discretionary height limits.

The report Measurable Criteria to Assess Development Applications Exceeding Preferred Heights: Analysis and Recommendations by MGS Architects observed through several case studies across Melbourne – including in South Yarra and Collingwood – that extra height can be negotiated for projects that demonstrate a “high standard of architectural design”. But good design here may not relate to setbacks, overshadowing, provision of public space, or quality architectural details. It could be because a building is marketed as a “landmark”, “gateway” or “icon”.

But does a building’s height make it a landmark? If so, how high should it be? And should poor public amenity (such as generating traffic or overshadowing) be traded away because a building is “slender” and “sculptural”?

In the case of projects that went to the planning tribunal VCAT, the City of Melbourne report observed:

Where the tribunal was required to make a decision between an acceptable urban design outcome or project viability (such as the ability to achieve a viable tower envelope), viability and consolidation objectives prevailed on balance.

What more needs to be done?

Certainty and consistency are lacking. MGS Architects writes that this “undermines the public perception of a fair and orderly process for development approvals”.

All property developers, architects and planners desire consistency and clarity in urban planning, design and policy in order to deliver their projects – as do local communities. And despite moves in the right direction in Melbourne, there still is room to improve regulation. This includes introducing clearer density controls in relation to quality architectural design, a design review process in which designers lead decision-making and design-led envelope controls (where quantitative rules about where development is permitted are matched by qualitative rules that focus on how the building interfaces with the public realm).

However, to encourage innovation the regulations should still allow for flexibility. 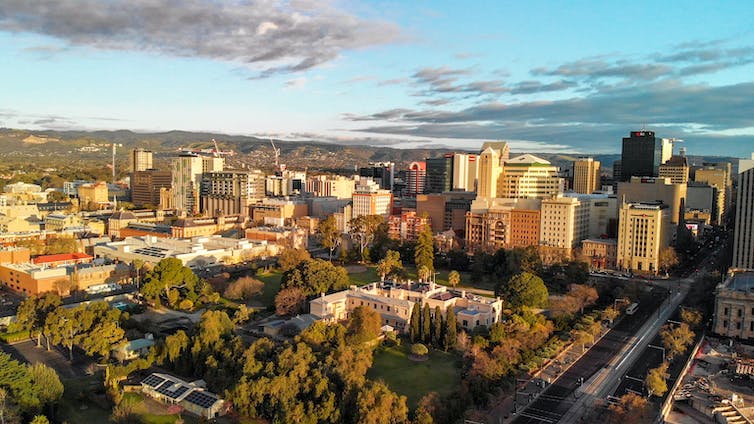 An easing of height restrictions in part of Adelaide has led to a slew of new commercial, residential and hotel building projects over 100 metres. GagliardiPhotography/Shutterstock

The growth in Melbourne’s residential towers reinforces to the inhabitants of Australian cities the need to regulate for quality design outcomes. It acts as a warning for strategic town centres in Melbourne, and across Australia, that lack adequate quality control of their taller buildings.

Height restrictions were eased in part of Adelaide’s city centre this decade with the Capital City Development Plan Amendment. This led to a slew of new commercial, residential and hotel buildings over 100 metres proposed or under construction. Let’s hope that, with strong design guidelines, Adelaide avoids the mistakes of some of Melbourne’s recent additions.

The Conversation is co-publishing articles with Future West (Australian Urbanism), produced by the University of Western Australia’s Faculty of Architecture, Landscape and Visual Arts. These biannual collections of articles look towards the future of urbanism, taking Perth and Western Australia as its reference point. The latest series looks at the notion that urbanism is shaped by design enterprise. You can read other articles here.