With the mega-fires consuming enormous tracts of country Australia, we are witnessing not only a national disaster, but also a failure of national leadership.

In a federal system, much responsibility for local services, and local emergencies, devolves to the states. But fires observe no boundaries.

It is a situation that was foreseen by experienced fire chiefs last April. Indeed, fire chiefs had made a case for more federal resources two years ago. But their calls for national leadership and national coordination were ignored.

Now that what they feared has come to pass, Prime Minister Scott Morrison and his team have handled matters poorly. They have been laggards in their response, reactive rather than proactive, more preoccupied with image management and partisan messaging than the job at hand. They have also responded inappropriately to criticism.

As a result, commentators have weighed in on Morrison’s lack of political authority, judgement and feel for public opinion – and whether the “miracle man” of the 2019 election can regain his footing.

How Morrison compares to other leaders

We can gain a surer sense of how this might play out by asking: how should effective national leadership operate in times like these?

Consider other examples of how leaders have reacted to similar situations. New Zealand Prime Minister Jacinda Adern’s ability to act immediately, reach out compassionately and connect inclusively in response to last year’s Christchurch massacre provides one measure against which Morrison fails to measure up. 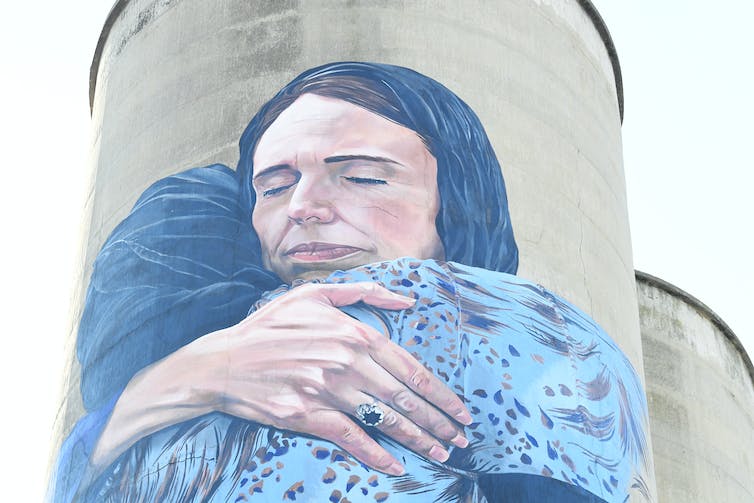 Former PM John Howard’s brave pursuit of gun control, and willingness to face down opposition within his own ranks, after the Port Arthur massacre is another.

Morrison, confronted by distressed representatives of the small towns and regions who delivered his slim election victory, could not summon the humility to listen to their concerns. He walked away from questions from victims in Cobargo, and the outrage of these no longer “quiet Australians” attracted national and international attention.

Morrison’s reiteration of carbon reduction policies that are manifestly inadequate and his unwillingness to deal with the climate change realities presented to him by fire chiefs – but disputed by some Coalition colleagues – have also shown a lack fortitude.

A failure of collective action

More significant, though, is Morrison’s inability to facilitate collective action.

A national crisis in a federal state demands strong and decisive leadership. But it also requires collective action. This means a willingness to seek and listen to the best sources of advice and an ability to generate bipartisan consensus to confront an unusual challenge. It also means the capacity to orchestrate different levels of government, a variety of agencies, relevant NGOs, relevant branches of the public service, and in this case, the Australian Defence Force.

We know the Coalition, and Morrison himself, have been advised about the likelihood of worsening bushfires – and their inextricable link with global heating – for a considerable time.

Read more: Mr Morrison, I lost my home to bushfire. Your thoughts and prayers are not enough

Climate change could not be avoided in discussion of the ill-fated National Energy Guarantee. The risk factors of intensifying natural hazards, such as bushfires, cyclones and flooding, and the need for climate adaptation were front and centre in the Home Affairs Department’s National Disaster Risk Reduction Framework in 2018.

It beggars belief that Morrison’s departmental secretary until last August, Martin Parkinson, would not have given him an unvarnished evaluation of policy directions, given his lament for a decade of climate change inaction shortly after leaving office.

And, as noted, fire experts called for more federal resources two years ago and warned of what was to come last April.

Yet Morrison, far from the strong leader, has been too timorous to take the tough decisions needed, including confronting rancorous dissenters in his own ranks when the “miracle” win had given him the authority to do so.

Partisan attacks instead of real leadership

The failings are compounded by the tendency of the Coalition government to treat even issues related to national emergencies as “political”, when what matters on the ground is survival.

This is the antithesis of what is needed to promote collective action. Morrison has struggled throughout the crisis to put the national interest above party interests. Too often, image management has prevailed over action – until the more resolute state leaders, Gladys Berejiklian and Daniel Andrews, showed him up.

Critics have been devalued as greenies who are said to have impeded necessary hazard reduction strategies. Fire authorities have debunked this canard, suggesting it to be a deflection from the real issue of the government’s failure to consult and its lack of preparedness.

It follows, then, that using the PM’s office to issue a social media post on the military mobilisation authorised by Morrison, with a Liberal Party header, was bound to be seen as a political act. The conventional route for such information has been via the national broadcaster, the ABC, to whom most turn for emergency alerts. But the ABC is seen as suspect by this government.

From the start of the crisis, the Morrison government disregarded the conventional means for crisis management: adequate consultation with state agencies, the expected channels for disseminating information, and drawing people together effectively to work jointly on what is a collective action problem.

Only at the end, after the significance of so many missteps had dawned, did Morrison open the cheque book for measures that might have been initiated well before the fire season.

One might hope the belated launch of a National Bushfire Recovery Agency will prove a learning experience, illuminating when troublesome colleagues within the Coalition should be firmly managed and partisanship must be put aside in the interests of collective action.

This was never a problem Morrison could expect to manage alone.