At least 82 people are dead after a horrific fire swept through the COVID intensive care unit of one of Iraq’s main hospitals over the weekend. The Iraqi prime minster has suspended the nation’s health minister over the incident.

It’s been reported the blaze began when an accident caused an oxygen tank to explode at Ibn al-Khatib Hospital in Baghdad. According to media reports, the hospital “had no fire protection system and false ceilings allowed the flames to spread to highly flammable products”.

The tragedy, which saw COVID patients taken off ventilators as they attempted to flee, speaks volumes about the state of Iraq’s dilapidated health system.

Corruption, sanctions, conflict and years of brain drain have led to widespread systemic problems in many sectors, including health.

A healthcare system under strain from decades of sustained shocks

The recent tragedy at an Iraqi hospital is not at all surprising when you trace Iraqi history and politics over the last few decades.

This begins with the authoritarian rule of the Ba'ath party from 1968 and under Sadaam Hussein from 1979. After the Gulf War of 1991, sanctions crippled the country and the health sector in particular. It became very difficult to get medicine, equipment and training.

If things were bad then, it got a whole lot worse after the 2003 invasion of Iraq, which unleashed waves of violence and political bickering. The consequences are still being felt today.

There was also a huge brain drain effect, which saw a lot of their best doctors and health administrators leave for other countries where pay and conditions were better.

And an already struggling Iraq was torn apart by the horrors unleashed by the Islamic State from 2014, an extremely aggressive and organised terrorist cell that, at one point, controlled more than a quarter of the country.

A lot of money, time and people had to go into fighting the Islamic State instead of making progress helping the system recover from previous shocks.

Then, reeling from all those crises, COVID hit — and hit hard. The vaccine has been rolled out with varying degrees of success.

But by then, hospitals were struggling with a health crisis it was never in a position to handle in the first place. 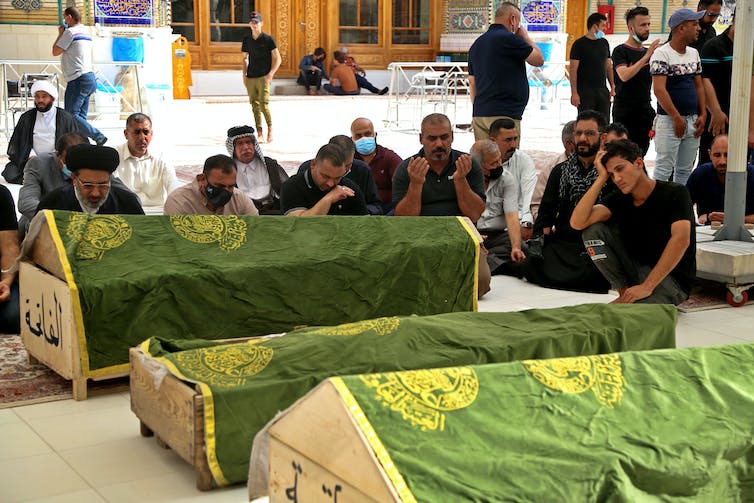 Mourners pray near the coffins of coronavirus patients who were killed in the hospital fire. AP Photo/Anmar Khalil

Corruption trickles into every part of Iraqi life, including healthcare

However, probably the biggest cause of the recent hospital tragedy is widespread corruption. It has emptied state coffers and crippled investment in important public infrastructure like hospitals.

Iraq is one of the most resource rich countries in the world, producing billions of dollars of oil each year. But, especially since 2003, much of this wealth has been siphoned out of the public pocket.

However, the state has been too weak to properly prosecute corruption, and for ordinary people this has affected everything from education to electricity provision, health services to not having potable water in your home.

This has relevant flow-on effects. Fire safety in a hospital is under resourced and comes very low on the list of problems to solve. You get hospitals with insufficient capacity to deal not only with COVID but an unexpected event like a fire. There may be insufficient training or systems in place to reduce fire risk or cope when one occurs. It’s not as though one instance of corruption caused this horrible fire but it’s easy to see how the broader problems of corruption can allow a situation like this to happen.

Read more: Iraq must now rebuild itself – and that means fixing its dreadful governance 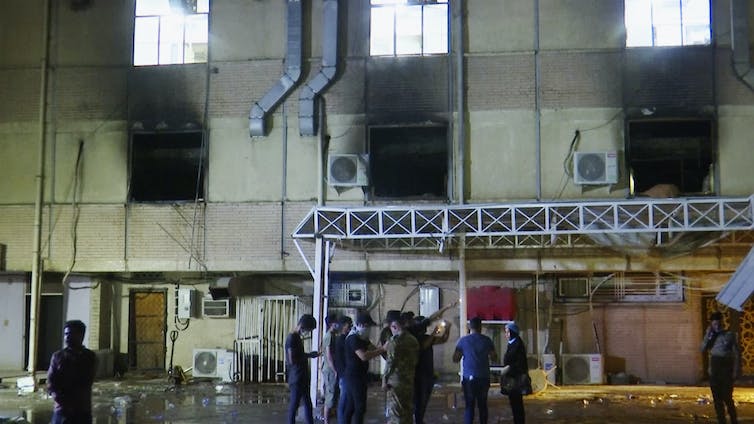 First responders work the scene of a fire at a hospital in Baghdad. AP photo

The prime minister is limited in what he can do

Prime Minister Mustafa Al-Kadhimi has suspended Health Minister Hassan Al-Tamimi and Baghdad Governor Muhammad Jaber over the fire and ordered an investigation. I think that is probably a good move; if issues such as malpractice, corruption, neglect or insufficient funding or training were implicated in the fire then that will come out in the investigation.

The prime minister is largely seen as a man who listens to the people, so he is acting in response to public outcry over the fire.

However, it doesn’t solve the broader problems and you can’t just keep replacing people (other ministers have been suspended in the past over different scandals, yet problems persist). 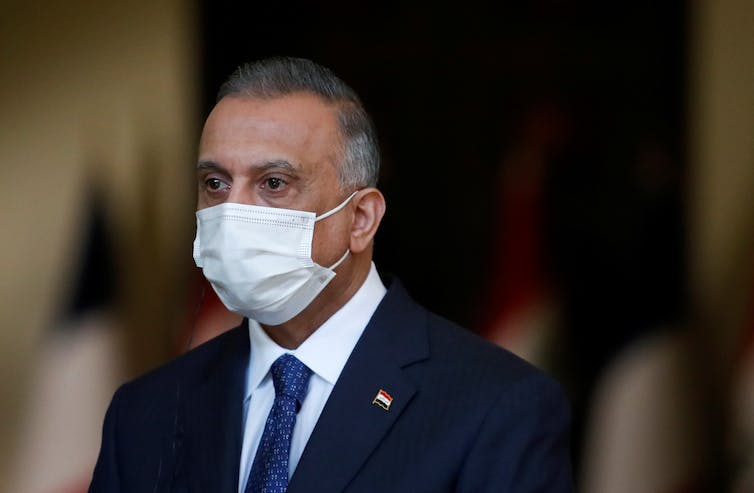 The current prime minister seems to be very determined to fight corruption and doesn’t stand for poor governance. But he is limited in what he can do. EPA/GONZALO FUENTES / POOL MAXPPP OUT

The current prime minister seems to be very determined to fight corruption and doesn’t stand for poor governance. But he is limited in what he can do; it’s hard to have an efficient government when you have people with allegiances across different places, some of which are linked to foreign interference.

The recent visit of the Pope to Iraq marked a moment of hope in the country’s history, with many seeing it as an opportunity to start a new chapter of change. It remains to be seen to what extent that hope can be realised.