Five antitrust laws proposed in the United States aim to aggressively rein in the market power of “big tech” companies and change the way they do business.

The set of bills, introduced on June 11, targets the enormous economic power wielded by the likes of Amazon, Apple, Facebook and Google (owned by parent company Alphabet).

The expansive proposals range from breaking up different businesses run by big tech, to more effectively preventing mergers known as “killer acquisitions”, in which big tech companies buy up rivals to stamp out threats to their market power.

The proposals would represent a massive change to US antitrust laws. US courts applying these laws currently tend to favour the growth of large companies and regard their economic power as a sign of superior economic efficiency.

Each of the bills has some support from both Democrats and Republicans. It’s remarkable the proposals have survived to this stage, in the face of record lobbying by big tech companies in Washington.

Even if only some of the proposals are passed as law, they will likely have significant consequences for the way big tech does business globally.

Who is targeted as “big tech” and why?

The five bills — collectively called “A Stronger Online Economy: Opportunity, Innovation and Choice” — would apply to any “covered platform” which:

This would capture at least Amazon, Apple, Facebook and Google. The proposals are the result of a 16-month investigation into these companies by the US House Judiciary Subcommittee on Antitrust.

The investigation famously saw the chief executives of Apple, Amazon, Facebook and Google each testify before members of the committee. This culminated in a 450-page report published by the majority Democrats in October last year.

The report slammed various strategies used by the companies as being monopolistic and harmful to innovation, competition and consumers. It said:

To put it simply, companies that once were scrappy, underdog startups that challenged the status quo have become the kinds of monopolies we last saw in the era of oil barons and railroad tycoons. 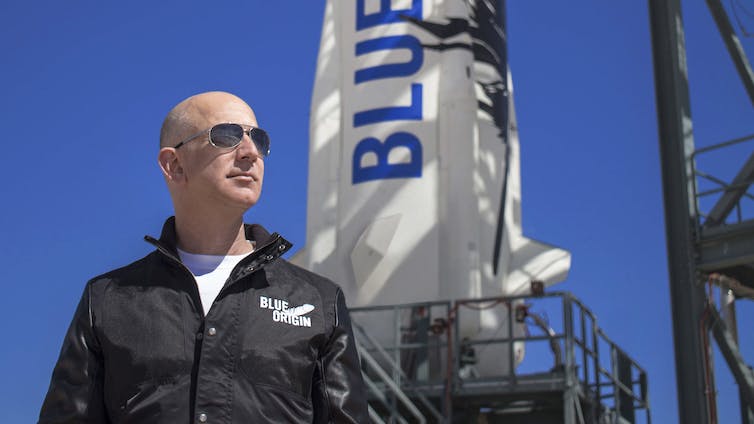 Last year, Amazon founder Jeff Bezos became the first person to have a net worth of more than US $200 billion. Bezos will officially step down from his position as CEO on July 5. Blue Origin

How the proposals would change big tech

The measures included in the bills are extensive, but four key proposals stand out. First, big tech companies could be forced to split or sell certain businesses, in cases where running both the business and the platform creates a conflict of interest.

For example, Amazon has been accused of using data gained about third-party sellers in its marketplace, to gain a competitive advantage for its own Amazon Basics products.

Similarly, Apple might be stopped from selling its own products in competition with others in its app store or music store.

Second, platforms could be prevented from advantaging their own products over rivals’ products on their platform, unless they could prove it wouldn’t harm competition.

Google, for instance, has been accused of advantaging its services such as Google Shopping in search results. This kind of preferencing may prevent rival services getting a leg up, even if they offer a better service.

Third, the proposals target “killer acquisitions” made by big tech companies. These refer to cases where Amazon, Facebook, Apple and Google buy up smaller competitors.

These acquisitions may prevent better or more innovative products emerging. They remove a vital competitive threat, and venture capitalists may be discouraged from funding remaining rivals.

Consider WhatsApp, which began as a champion of privacy in instant messaging. Those privacy protections have been eroded since Facebook was allowed to buy WhatsApp in 2014.

Under one of the bills, big tech companies would face greater hurdles to achieve killer acquisitions. It would place the onus on the acquiring company to first prove it doesn’t compete with the target company. 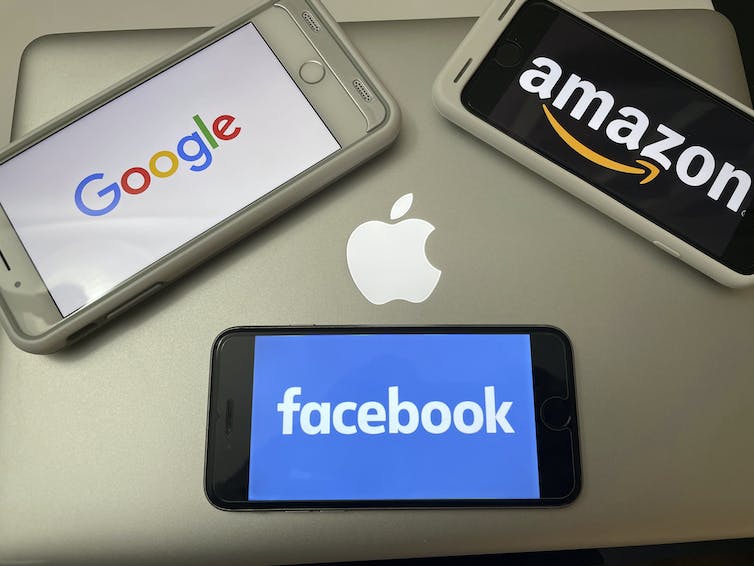 Last year the US government carried out a detailed antitrust investigation looking at the extent of big tech’s market power. STRF/STAR MAX/IPx

How likely is it the proposals will become law?

Lobbyists for big tech are already hard at work in Washington, arguing such laws would weaken successful US companies, which would then be overtaken by rivals from China.

On the other hand, there are representatives from both major US political parties backing each of the bills, which could increase the chances of success.

However, this doesn’t amount to a general consensus between the parties. Each tends to support measures against big tech for different reasons.

Many Republicans believe the platforms have a bias against their party and want to see more conservative-friendly rivals emerge. Democrats, meanwhile, focus on threats to democracy from the platforms’ economic power and their ability to spread misinformation, including about public health and politics.

While it’s unlikely all the proposals will ultimately become law, the strategy and support from both sides of politics means at least some changes will probably be legislated.

Splitting the measures into different bills also increases the chances some will be passed. If they were all included in one, a lack of support for one or two proposals could stop them all in their tracks.

Consequences in Australia and the world over

The effects of the proposed antitrust legislation will be felt well beyond the US.

Where measures are successfully imposed on a US company, it may decide to implement the same changes globally. For instance, Google last week announced it would make changes to its operations globally to comply with commitments Google made, following abuse of dominance complaints from the European Union (EU).

The EU has already been considering its own more stringent laws against large digital platforms. Lawmakers in other countries are likely to be influenced by these moves.

In Australia, the Australian Competition and Consumer Commission has had its Digital Platforms Inquiry extended into an ongoing five-year inquiry and is expected to make recommendations to government throughout this period.