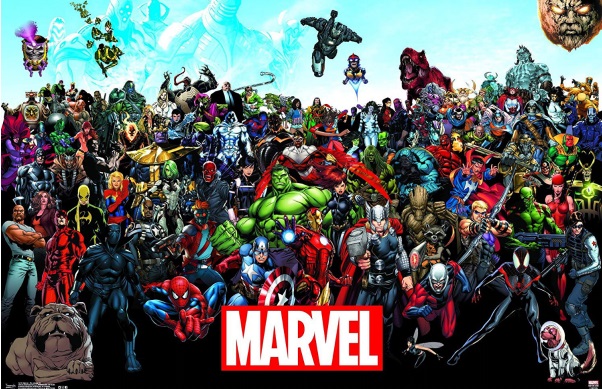 In recent years, Marvel films have dominated the box office worldwide. These films have been incredibly successful; generating on average $300 million per film. While the films themselves are the prime reason for its success (with casting decisions arguably a driving force behind this), the marketing and merchandising techniques employed by Marvel have also provided a large support. Furthermore, these techniques have propelled Marvel from a film franchise to a company partnered with some of the largest brands in the world. Here are three ways that Marvel movies’ merchandising and marketing techniques have contributed to the success of their films.

Marvels merchandise releases are timed to perfectly coincide with film releases, and there is good reason for it. Merchandise is a great way to stir up excitement for a film. It’s a great way for costume upgrades and mysterious new characters to be announced, increasing intrigue in the new film. This not only contributes to the excitement for the film, but creates a constant stream of revenue long after the film loses its original hype. Merchandise makes for great gifts for film fanatics, and can also be sold at comic events featuring the stars of the films.

Another interesting factor to consider, is that Marvel focuses its merchandising on franchises whose film rights are still owned by Marvel. This is highlighted by the fact that X-Men and Fantastic Four items are not commonly seen. This rumour was supported by Forbes, who reported that Disney had been pushing for toys related to Guardians of the Galaxy rather than X-Men. Either way, Marvel have made some hard choices when it comes to prioritising merchandise, and continue to succeed as a result.

While Marvel merchandising began as branded toys and clothing, it has evolved into much more. One example of this is the renaming of Etihad Stadium in Melbourne to Marvel Stadium. In the past, Marvel have partnered with giants such as Coca-cola, Ford and Audi to create mutually beneficial advertisements. This expands the realm of Marvel merchandise to not only include toys and clothes, but cars and even stadiums. Although these items are not technically considered Marvel-owned merchandise, it serves the same purpose, and reaps the same benefits for the business.

Ultimately, with each expanse created within the Marvel cinematic universe, comes a wave of merchandising opportunities. Marvel has taken advantage of its popularity, and succeeded in launching its company to the forefront of pop culture. From toys to stadiums; the sky’s the limit for what can be done for this wildly successful company.