The Equifax hack has come at a time when cybersecurity researchers have been warning of widespread complacency throughout the business world. There have been several data breaches in recent memory. Several years ago, Sony suffered a serious breach and had to offer millions of affected customers free credit report monitoring to help prevent fraud. 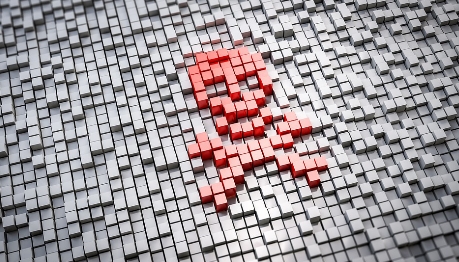 Breaches in the cybersecurity of large institutions are nothing new, but the Equifax breach could well be a turning point. It is a remarkable event for a number of reasons and starkly illustrates one of the most serious dangers currently facing large businesses. The public are increasingly demanding that large corporations take the protection of their personal data more seriously and a breach on the scale of the one that has occurred at Equifax is sure to increase public attention on cybersecurity issues.

Perhaps the most embarrassing aspect of this whole incident, setting aside that fact that Equifax lost 143 million people’s data in a country with a total population of 300 million, is that a fix for the exploit the intruders used had been available for months.

Within days of this particular exploit being made public, there were widespread reports from a number of financial, industrial, and other business institutions that their systems were under attack. While work on a patch was frantically underway, there was a fix available, but it was a labour-intensive process.

Applying the fix was difficult, but not beyond the capabilities of a corporation with the resources of Equifax. Smaller businesses could perhaps be forgiven for hanging on for the release of a patch. It is important that businesses do all they can to address security flaws as and when they are exposed, even if the processes are labour intensive, as the costs of applying a fix are nothing compared to those of suffering a data breach.

More than a week after the first security patch addressing the issue was released, there were still reports of hackers attempting to exploit the vulnerability. As more sites patched against the issue, it became harder for the hackers to successfully deploy the exploit, but the scale of the continuing efforts should have set alarm bells ringing at Equifax.

You should encourage your own IT or cybersecurity teams to monitor as many sources as they can for news about cybersecurity exploits. Generally, when the exploits are revealed to the public, a race immediately begins both to exploit and to fix the vulnerability.

A good hosting service will be keeping any systems under their control up to date with the latest security fixes and will respond promptly to any new threats. It is important to thoroughly investigate any hosting service before deciding to give them your business. For example, you can check hostingaustralia.com.au reviews to see what previous clients have said about their service.

The Equifax breach has been a sobering reminder of one of the greatest threats to advanced economies. Industries across the board need to start taking their cybersecurity more seriously and ensure that every level of their organisation keeps on top of developments in the field.