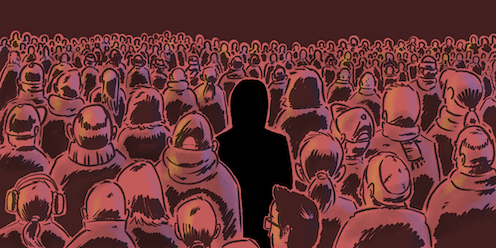 Security services and governments around the world remain vigilant to the threat of lone-actor terrorists in our cities.

But when there’s often no indication of an explicit intention or ideology, questions about mental health and with groups like Islamic State willing to encourage and claim...

Comic explainer: what is lone-actor terrorism?

Brussels Airport bombers Brahim and Khalid el-Bakraoui had previously spent time in prison. EPA/Interpol
A sign in Arabic on the way into Raqqa, Syria reads: ‘Attention, Islamic State check point’. Youssef Rabih Youssef/EPA
Much of the focus of people’s and the media’s attentions is on the victims of terrorism rather than the perpetrators. AAP/Nigel Roddis
Osama bin Laden and his advisor Ayman al Zawahiri. Hamid Mir/wikipedia

Most popular on The Conversation

Write an article and join a growing community of more than 59,400 academics and researchers from 2,226 institutions.