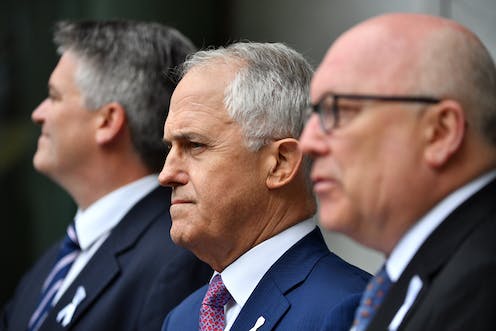 The government has announced a suite of reforms targeting foreign interference and espionage in Australia’s political process. This will include a bill imposing a ban on political donations from foreign bank accounts, non-citizens and foreign entities.

The ban will apply broadly – not just to political parties and parliamentary candidates, but also to trade unions and advocacy groups such as GetUp!.

These proposed reforms follow revelations that Labor senator Sam Dastyari had warned Chinese Communist Party-linked donor Huang Xiangmo that his phone might be tapped by intelligence agencies. Both the Labor and Liberal parties have benefited from donations by Huang to the tune of almost A$3 million since 2012.

But it’s not just foreign donations that can skew the system. If the government is serious about restoring faith in our politics and politicians, there’s much more to be done.

The rationale for banning foreign donations is to stop the threat of foreign interests undermining Australian democracy. The concern is that foreign people or entities could exercise an unduly large influence on our politicians through generous donations.

Internationally, Australia is among the one-third of countries that allow foreign political donations. This is in contrast to comparable liberal democracies that ban foreign donations, such as the UK, US and Canada. New Zealand caps them at NZ$1,500.

Banning foreign donations will certainly reduce the ability of foreign people and entities to influence Australian policy and decision-making. In turn, this will reduce both actual corruption and the perception of corruption in politics. Ultimately, this may improve public confidence in the Australian political system.

But is this ban too broad?

The proposed reforms follow the recommendations of a Senate committee majority that foreign citizens and entities be banned from making donations to political parties, associated entities (such as trade unions and dedicated fundraising bodies), and third parties (such as GetUp! and other campaign groups).

Labor and the Greens supported a ban on foreign political donations to political parties and their associated entities, but rejected extending it to third parties. They argued that banning foreign donations to third parties would restrict the capacity of NGOs to draw attention to their causes, and endanger robust public discourse by civil society.

There may be constitutional issues with such a broad ban on foreign political donations. For instance, banning donations to advocacy groups may be found to stifle the implied freedom of political communication protected by the Australian Constitution.

Advocacy groups are one step removed from being able to directly change government policies and decision-making. It may be disproportionate to ban these groups from raising funds to robustly debate controversial policies.

And will this fix the system?

If ruled constitutional, a ban will certainly reduce the impact of overseas interests on domestic policy.

But the proposed ban is both too broad and too narrow. It is too broad because it may stifle legitimate public debate by targeting activist groups. It is too narrow because it does not capture all donations that might corrupt our political system.

Foreign donations are but one element of influence in our political system. The rhetoric on donations to date has focused on the fear of foreigners – the Chinese, in this case – exercising undue influence on Australian politics.

Donations from rich Australians, unions or corporations can also influence our politicians to behave in corrupt ways. There have been concerns over donations by big business influencing mining, alcohol or gambling policy. Large donations have been followed by government decision-making that benefited these industries.

Victoria has announced that it will implement a cap on donations by individuals, unions and corporations of $4,000 over a four-year parliamentary term.

The Australian government has started to take action to reduce the pernicious influence of money on our democracy. But more needs to be done to restore faith in our political system.