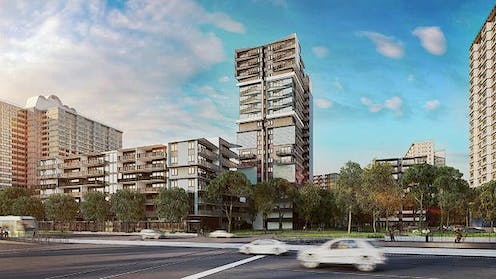 Prime inner-city land, such as the Flemington estate, is being sold to developers to build new housing, but the public lacks basic details about these deals.Artist's impression, Victorian government

The Transforming Housing research network recently held a workshop on how the Victorian government can maximise the social benefits of its Public...

The Transforming Housing research network recently held a workshop on how the Victorian government can maximise the social benefits of its Public Housing Renewal Program. The workshop attracted more than 100 participants – local government, non-profit housing providers, public housing residents and researchers. Despite being invited, the state government was notable for its absence.

This apparent reluctance to engage with stakeholders adds to a serious concern over government secrecy about social housing projects involving private developers. There are many basic pieces of information interested members of the public might want to find out but cannot.

Read more: Why should the state wriggle out of providing public housing?

The number of private units versus new public units, and the size of the units, is just one example. Another example involves the government target of an increase of “at least 10%” in social housing units on former public housing land sold to developers. There has been no discussion of the rationale behind that figure. 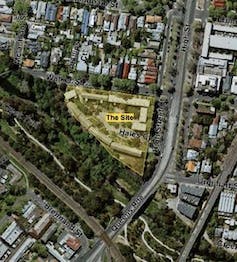 The development potential of sites such as the old Northcote housing estate is clear, but the public has no way of knowing if the deals are good value. Victorian government

Similarly, what prices will be charged for land currently occupied by public housing? The government forecasts Melbourne’s population will grow to 8 million by mid-century. This means any underutilised land in the inner city will become much more valuable.

By selling off public housing land in well-located inner suburbs, the government is forfeiting the future benefits of that land, including the opportunity to add to desperately needed public housing stock in these areas. How is the public supposed to evaluate the trade-offs between costs and benefits if critical information like the repair cost versus the costs of demolition and sale is kept secret?

What we do know is that the need for social housing is acute. The percentage of Australian families living in government and non-profit-owned housing (collectively called “social” housing) has declined from over 7% in 1991 to a little over 4.2% in 2016. This is the lowest proportion in 35 years. Victoria would require almost 70,000 more social housing homes over the next 20 years to meet the needs of lower-income households now facing severe housing stress in the private rental market.

As public housing represents such a small proportion of total housing stock, only the most vulnerable households that are least able to pay rent are eligible to live in this housing. At the same time, federal government subsidy shortfalls have created a maintenance backlog for an ageing public housing stock.

Successive reports by the Victorian Auditor-General’s Office in 2010, 2012 and 2017 have identified the absence of a sound and sustainable mechanism for maintaining, let alone expanding, non-profit housing stock. A year ago, the independent state government advisory body Infrastructure Victoria recommended as one of three infrastructure priorities that the government repair existing stock and create new social housing.

Many questions about public housing renewal

In the context of low government funding and high repair bills, it is understandable that the Victorian government is seeking partners to renew estates. New South Wales is taking a similar approach with its Communities Plus program and it’s central to the US Choice Neighbourhoods program.

What is less understandable is why the state government is selling public housing land in nine central Melbourne estates to private developers in return for very low increases in social housing. The requirement of “at least” 10% of 1,110 units – the quantum being “renewed” – amounts to just 110 units.

That’s a drop in the ocean of need in exchange for selling off irreplaceable, well-located land. Moreover, there is a push towards demolishing four-bedroom homes and replacing them with one- and two-bedroom units. The result could be fewer beds for those in most need.

Our comparative research, covering Australia and overseas, shows that renewal with much higher social housing returns is possible in partnership with non-profit housing providers. 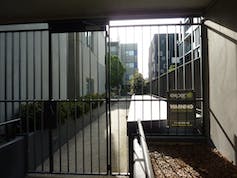 Evaluations of previous public housing renewal in Kensington, Carlton and Prahran estates also suggest the government undervalued the land and was not able to increase the amount of public housing as promised. The private developers created effectively “gated” private community features that did not benefit public housing residents.

Many submissions to a parliamentary inquiry by residents and neighbours of the nine affected estates express frustration and fear over the government’s secretive approach. One frustrated neighbour noted that he had to dig through the appendices of a traffic analysis to find out how many new market-rate units would be built near his home. As housing academics, we share residents’ frustrations at the unnecessary level of secrecy.

Concerns over the absence of a transparent cost-benefit approach to infrastructure planning are evident as well in the debates over the West Gate Tunnel and the recent re-emergence of the East-West Link in the appendix of a budget report. The current government spent A$1 billion to bury the latter project three years ago. The Victorian Auditor-General’s Office also expressed concerns about misreporting costs, benefits and risks under the previous state government.

Other countries show the way on transparency

In many American states, such as California, housing developers receiving government funds have their development cost details published before subsidies are awarded. Details include the cost of the land, numbers of subsidised and market units, and the costs of development. The evaluation of Choice Neighbourhoods is thorough and transparent.

Over the border in Canada, the funding and planning behind the large-scale Regent Park Public Housing renewal in Toronto is publicly available.

Developers and other providers interested in lucrative government contracts complain that transparency jeopardises their hard-earned trade secrets, and thus their businesses. We disagree. The transparency we see elsewhere isn’t stopping developers from doing business.

More importantly, should private firms that keep information about public benefit “commercial in confidence” be in the business of serving taxpayers at all? Shouldn’t those whose “business” is assured by the tax-levying powers of the state be able to be held publicly to account?

Government officials assure us these deals go through complex layers of intergovernmental review to safeguard the public interest. We doubt that any amount of bureaucratic review can replace the accountability of simply revealing these deals to the public, and we suspect the public agrees with us.