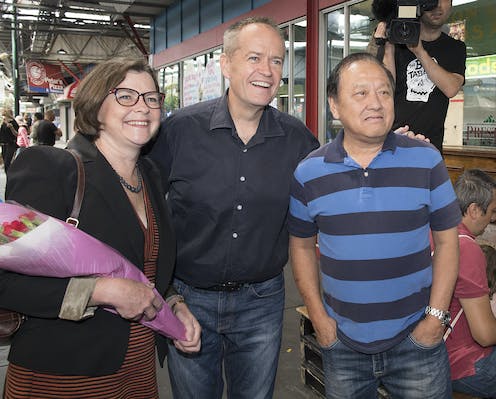 On “Super Saturday”, Bill Shorten dodged a political bullet, while Nick Xenophon took one. South Australian Liberal leader Steven Marshall got the result he should have secured four years ago. The Greens proved the old maxim that disunity is death.

The Batman byelection and the poll in South Australia threw up all sorts of interesting points – even though in other circumstances, contests in a heartland Labor seat and a state with a 16-year-old government might have been routine.

For Shorten, avoiding defeat in Batman was vital – for Labor’s current momentum, for confidence in his leadership and, given his gamble of announcing his latest tax move in the campaign’s last week, for holding the line on a controversial policy.

Many things contributed to Labor’s win, but if you were looking for one, I suspect it might have been that Ged Kearney wasn’t David Feeney. Kearney was the sort of candidate who encouraged Labor voters to be faithful, and not run away in fury.

As for the tax announcement, election watcher Tim Colebatch notes that the pro-Labor swing in the postals and pre-poll votes was much bigger than in the polling booths on the day, and suggests this may show the impact of Shorten unveiling his plan to scrap cash refunds for excess dividend imputation credits.

That the announcement didn’t stymie Labor in the byelection doesn’t mean Shorten has won the argument more widely. Labor will have much explaining to do in this complicated area. But if it had seriously backfired in Batman, that would have given ammunition to the Coalition and caused tensions in the opposition.

Labor was helped in the byelection by the Greens’ internal backbiting. The Greens’ failure to capitalise on a great chance reflects badly on their locals and on leader Richard Di Natale.

The party has deeper problems than its schisms in Batman. It lost a seat in the recent election in Tasmania, its heartland. Nationally, the citizenship crisis has taken its toll, costing it a couple of its strongest Senate performers in Scott Ludlam and Larissa Waters. Batman suggests it may have stalled in its push for inner-city federal seats. The next federal election sees the Greens particularly exposed because of the number of senators the party has going out.

The South Australian result has presented something of a reality check on perceptions of the potency of so-called “insurgencies”. This is the third recent state poll in which a major party has won a majority. Late last year in Queensland, Labor secured a second term, as did the Liberals in Tasmania earlier this month.

In Tasmania, the Jacqui Lambie Network got nowhere. In Queensland, One Nation won votes but only one seat. And in South Australia, Xenophon’s SA-Best crashed after initial too-good-to-be-true polls, with Xenophon failing to win the seat he was seeking and SA-Best expected to have no lower house representation.

At state level, even when such parties achieve a respectable vote (SA-Best received about 14% of the statewide vote, as did One Nation in the Queensland election), the electoral system makes it hard for them to translate that into lower house seats.

Federally, the Senate’s proportional representation voting system has given small players a relatively easy passage to a very powerful place, although changes to the electoral arrangements will make that more difficult in future.

The “disruptors” are important, because the support they attract is a measure of the disillusionment and fragmentation in the contemporary political system. But South Australia reinforces the point that the major parties are still strong. For quite a few voters, the choice is between duelling desires – between sending an angry message or opting for stability.

Outgoing premier Jay Weatherill, gracious in defeat on Saturday night, didn’t look all that upset. Labor’s bidding for a fifth term in this day and age was an almost impossible ask; anyway, Labor won last time with only about 47% of the two-party vote, so it has been on borrowed time.

The huge loser in South Australia was Xenophon. In politics, as in business, you can be too greedy. Xenophon led a three-person Senate block that had a decisive share of the balance of power. It was capable of exerting much influence, and winning concessions in negotiating legislation. Then he decided he wanted to be kingmaker in South Australia – while still aspiring to be the absent master in Canberra.

His party is likely to end up with just a couple of upper house seats in South Australia. Meanwhile, the federal Senate team has been hit by the citizenship crisis as well as weakened by Xenophon’s departure.

Due to a fight with the party, Tim Storer, a replacement for Skye Kakoschke-Moore, a casualty of the citizenship debacle, will be sworn into the Senate on Monday as an independent. The Nick Xenophon Team has been reduced to two senators (and Rebekha Sharkie in the lower house, who could face a byelection in the citizenship saga).

Xenophon is in neither parliament, and the road ahead for his party is rocky. He now talks about SA-Best as a “start-up party” to gloss over its bad result, but it’s hard to see it as a “start-up” with an enduring future. Xenophon dismisses the prospect of a return to the Senate, but it remains to be seen whether his feet will become itchy.

Federal factors were not significant in the change in South Australia. But the outcome has positive implications for Malcolm Turnbull’s government. One of the big arguments between the federal and Weatherill governments was over energy policy, with Weatherill holding out against Canberra’s National Energy Guarantee (NEG). On Sunday, the federal government was welcoming the South Australian result as very good for the future of the NEG.

Another Liberal win at state level, coming after Tasmania, will also be a morale boost, albeit a limited one, for the embattled federal Liberals.

So, Super Saturday had positive spin-offs for both federal leaders, but substantially more for Shorten than Turnbull.