Cats take a hefty toll on Australia’s reptiles – killing an estimated 649 million of them every year, including threatened species – according to our new research published in the journal Wildlife Research.

This follows the earlier discovery that cats take a similarly huge chunk out of Australian bird populations. As we reported last year, more than a million Australian birds are killed by cats every day. Since their introduction to Australia, cats have also driven many native mammal species extinct.

We collated information from about 100 previous local studies of cats’ diets across Australia. These studies involved teasing apart the contents of more than 10,000 samples of faeces or stomachs from cats collected as part of management programs.

We tallied the number of reptiles found in these samples, and then scaled it up to Australia’s estimated cat population of between 2.1 million and 6.3 million. We also collated information from museums and wildlife shelters on the various animals that had been brought in after being killed or injured by cats. 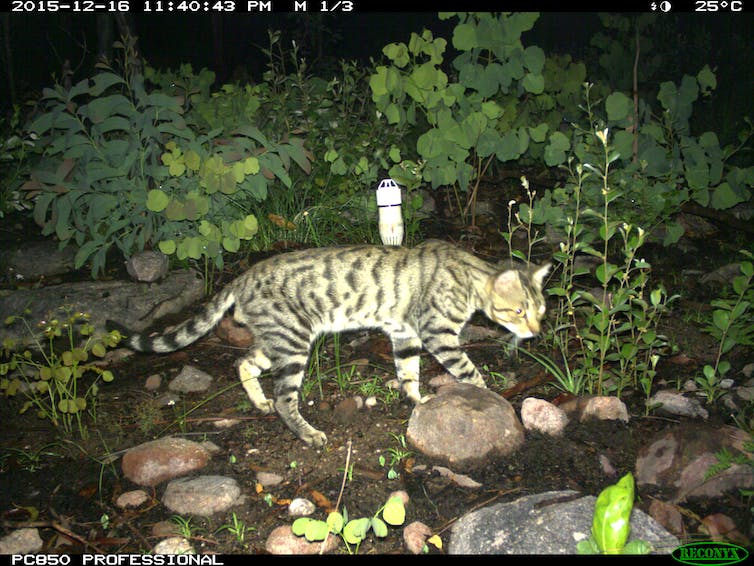 We also estimated that the average pet cat kills 14 reptiles per year. That means that Australia’s 3.9 million pet cats kill 53 million reptiles in total each year. However, there is much less firm evidence to quantify the impact of pet cats, mainly because it is much more straightforward to catch and autopsy feral cats to see what they have been eating, compared with pet cats.

According to our study, cats have been known to kill 258 different Australian reptiles (snakes, lizards and turtles – but not crocodiles!), including 11 threatened species.

The cat autopsies revealed that some cats binge on reptiles, with many cases of individual cats having killed and consumed more than 20 individual lizards within the previous 24 hours. One cat’s stomach was found to contain no less than 40 lizards. 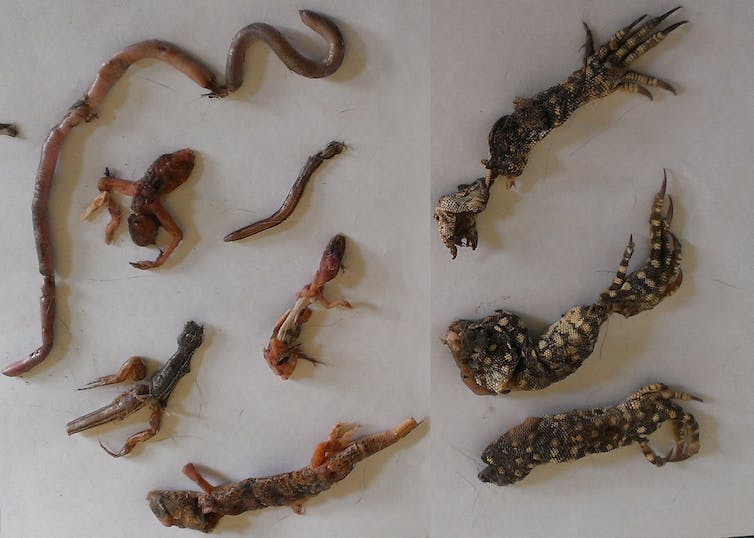 Such intensive predation probably puts severe pressure on local populations of some reptile species. There is now substantial evidence that cats are a primary cause of the ongoing decline of some threatened Australian reptile species, such as the Great Desert Skink.

By our estimate, the average Australian feral cat kills four times more lizards than the average free-roaming cat in the United States (which kills 59 individuals per year). But there are many more such cats in the US (between 30 million and 80 million), so the total toll on reptiles is likely similar.

Read more: The war on feral cats will need many different weapons

The conservation of the Australian reptile fauna has been accorded lower public profile than that of many other groups. However, a recent international program has nearly completed an assessment of the conservation status of every one of Australia’s roughly 1,000 lizard and snake species.

Our research provides yet more evidence of the harm that cats are wreaking on Australia’s native wildlife. It underlines the need for more effective and strategic control of Australia’s feral cats, and for more responsible ownership of pet cats.

Pet cats that are allowed to roam will kill reptiles, birds and other small animals. Preventing pet cats from roaming will help the cats live longer and healthier lives – not to mention saving the lives of wildlife.

The authors acknowledge the contribution of Russell Palmer, Glenn Edwards, Alex Nankivell, John Read and Dani Stokeld to this research.