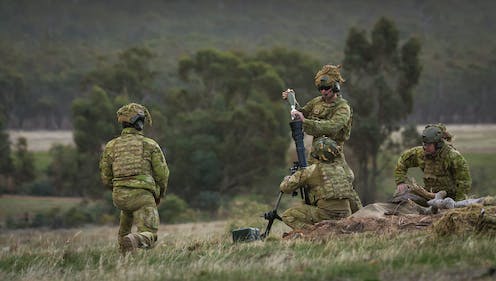 Australia’s military forces will be given power to play a bigger part in dealing with terrorist incidents, under legislation to be introduced into parliament on Thursday.

The bill makes it easier for states and territories to seek help from the Australian Defence Force (ADF) to respond to terrorist and other violent occurrences, especially those that stretch the capabilities of state forces. The move was announced by the Prime Minister Malcolm Turnbull in July last year.

The ADF’s powers to search, seize and control movement at the scene of an incident will be simplified, expanded and made clearer. It will also have greater ability to respond to incidents that span more than one jurisdiction.

The changes also add the minister for home affairs to the existing list of those ministers who can have a role in authorising a call out of the ADF in certain circumstances.

The enhanced remit for the defence forces has come out of the Defence Counter-Terrorism Review.

While the government emphasises that the police remain “the best first response to terrorists and other incidents”, Attorney-General Christian Porter said “amendments to the ADF call-out powers are the most significant changes since the provisions were enacted in 2000” before the Sydney Olympics. The “terror threat we face today is greater and more complex than that we faced when these laws were introduced almost 20 years ago”, he said.

Defence minister Marise Payne said Defence had already strengthened the practical support it provided to police, including a broadened program of specialist training and better access to Defence facilities such a rifle ranges.

The latest anti-terrorism legislation comes as, on a different national security front, the Senate is set on Thursday to pass the government’s measures to combat foreign interference, including setting up a register of agents of “foreign principals”.

The measures have bipartisan support after the parliamentary joint committee on intelligence and security agreed on a range of amendments that have narrowed provisions and inserted protections for bodies such as charities.

Whether the register will capture Chinese non-state companies remains unclear.

Asked about the potential application of the register to Huawei, the chairman of Huawei Australia, John Lord, appearing at the National Press Club on Wednesday, said he didn’t see why he should register “because Huawei’s privately owned, does not have government links other than it’s Chinese. And, therefore, I don’t see why I should.

"However, if at the end of the day the act says something to that effect and the legal advice to Huawei is that we should register, we, Huawei, will have no problems with that and I, John Lord, will have no difficulty whatsoever. If that’s what the government wants, we will do it.”

Lord argued Huawei’s case to be allowed to build the 5G network, amid strong speculation that will be banned from doing so on national security grounds.

He said the 5G decision was not just a tough political one but “this is a long term technology decision that could impact our growth and productivity for generations to come”.

“The suggestions that Huawei, the largest provider of 4G technology in Australia today, should be banned from building 5G networks here should be a concern for everyone and every business in Australia.

"The implications about limiting access to technology competition will be devastatingly high – and is a short term small mind choice rather than seeking to incorporate all technologies in a solution that also secures our critical structures”.