Coral reefs around the world are in crisis. Under pressure from climate change, overfishing, pollution, introduced species and apathy, coral colonies and fish communities are steadily deteriorating.

Read more: $500 million for the Great Barrier Reef is welcome, but we need a sea change in tactics too

One way to address this is through reef restoration. At it’s simplest, this involves the addition of coral or habitat to a reef. It’s generally undertaken on existing coral reefs, but can also be done on rocky reefs or bare sand.

We have looked back through the decades to celebrate the history of reef restoration, not just in science but also in art, business and politics. 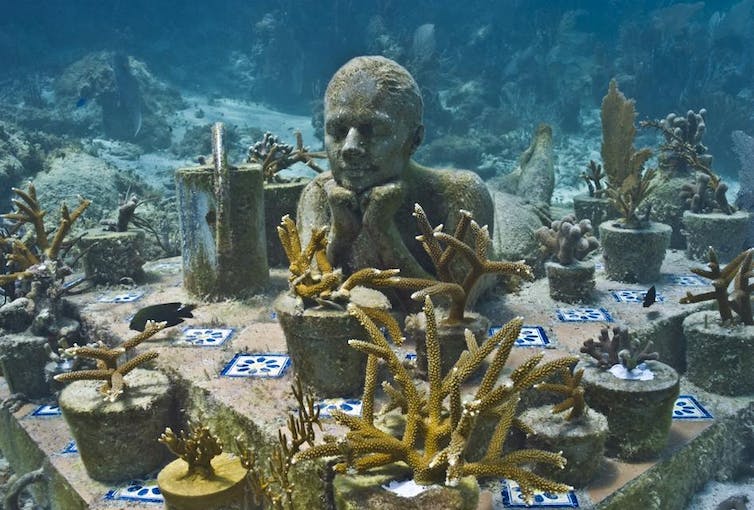 Read more: The surprising benefits of oysters (and no, it's not what you're thinking)

Some scientists have argued that reef restoration is a Band-Aid for the enormous problems that reefs face. We can agree with this point of view, but there are times when a band aid is very useful – and may prevent much more serious injuries. 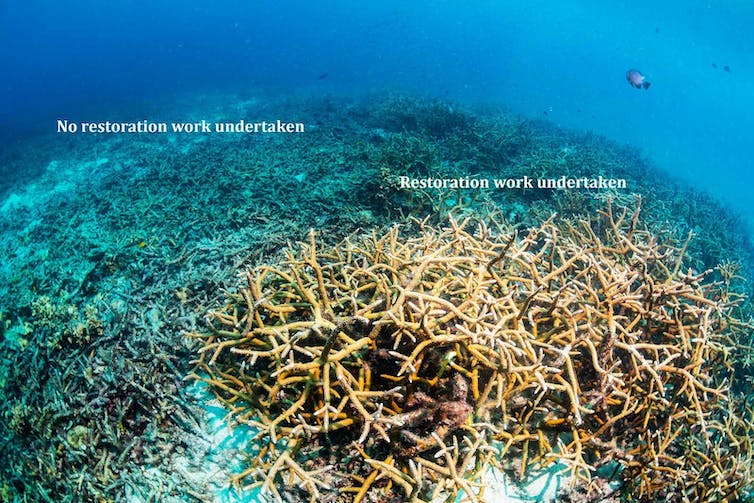 Earlier this year the federal government allotted an unprecedented A$500 million dollars to the Great Barrier Reef. This included A$100 million focused on restoration to improve the health of the reef.

Reef restoration science and projects complement community efforts. There is an increasing focus on addressing local issues such as water quality, overfishing, and outbreaks of crown-of-thorns starfish.

When scientists, industry and government work with local communities we can accelerate the recovery of local reefs.

To do this, we need people who want to make a difference. Once we recognise a degraded ecosystem, we work to reduce stress (like pollution in the water) and add new habitat or helpful species.

The history of reef restoration

People have been restoring ecosystems and degraded land for thousands of years. Reef restoration, on the other hand, is relatively new and rarely documented.

Our research indicates that in the modern era there have been three major waves of reef restoration. The first wave started in the 1970s and ‘80s, as scientists were able to easily SCUBA dive and new protective legislation was introduced around the world. This largely involved the addition of new habitats. These could be coral transplants, or artificial constructs likes shipwrecks, concrete pipes, tyres and a purpose built structure called a reef ball.

The second wave from 2000-2010 was associated with scientists and conservationists responding to local concerns from cyclone damage, overfishing, introduced species and over-crowding at tourism sites, particularly in the Caribbean. Restoration methods at this point expanded to removing items as well as adding them, including algae, crown-of-thorns and lionfish. 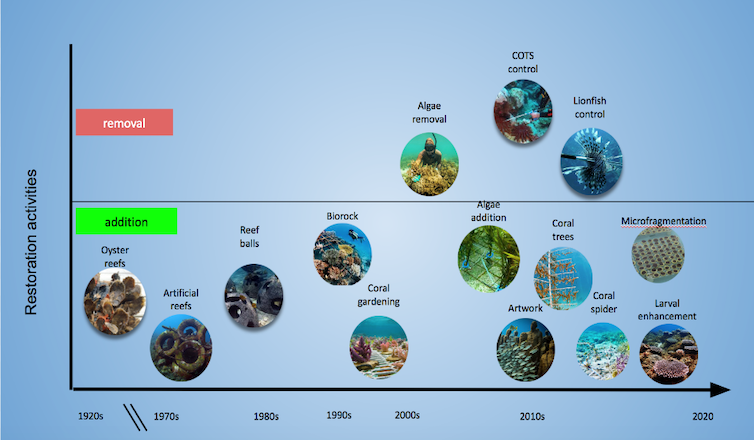 The third wave, from 2016, has focused on new scientific technology such as micro-fragmentation: breaking coral into small pieces so it grows faster. It also emphasises partnerships between government-business-community to reduce threats and restore reefs.

This era also sees a huge increase in communication. Increasingly, we are influenced by social sciences and marketing rather than science and biology in our search for coral reef solutions. Organisations such as Rare, Citizens of the GBR and Reef Check are using citizen scientists, campaigns and pledges to reduce human impact and improve reefs’ health. As an example, the rapid phase out of plastic bags has been led by social media – not science.

Documenting the history of reef restoration is important because it allows us to understand our past and be more informed and inspired to take action in the future. 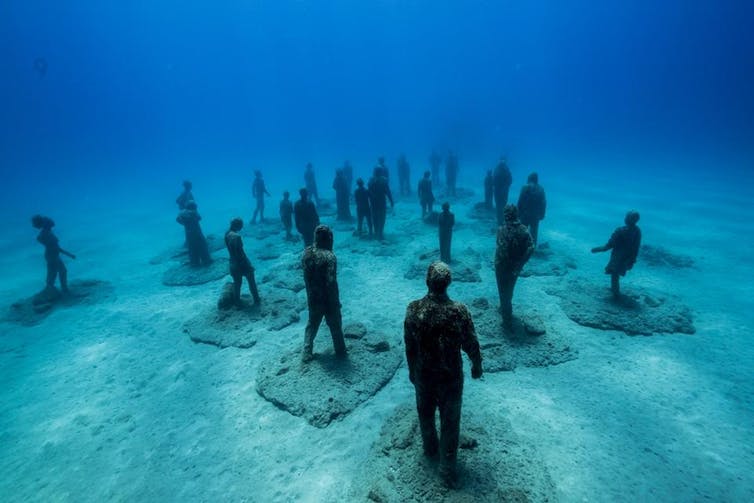 The great men and women in our history were innovators who responded to crisis and went against convention by restoring reefs.

Read more: Coral reefs work as nature's sea walls – it pays to look after them

An idea without action is just a dream. Similarly, an idea that has not been communicated widely and is not known and adopted by the general community cannot result in changed behaviour. Increasingly we recognise that good science and management is not enough without community support and action.

The authors would like to acknowledge the valuable contribution of Nathan Cook, Senior Marine Scientist at Reef Ecologic, to this article.

Thanks to Jason deCaires Taylor for the use of images. See more at underwatersculpture.com.