Scott Morrison remains an intriguing, and polarising, figure on the Liberal Party front-bench. Morrison has been described as relentless, ambitious, and hard-line, although these labels only give us some clues to his personal politics, and ultimately his political agenda.

Morrison entered parliament in 2007. He has both witnessed close-up the leadership instability in the country and been an active participant in it.

Within a year of winning the seat of Cook in Sydney’s south-eastern suburbs, Morrison was quickly promoted to the shadow ministry by Malcolm Turnbull. In 2013, this time under Tony Abbott’s leadership, Morrison became immigration minister before being handed the social services portfolio in 2014.

Since then, under Turnbull, Morrison has handed down three federal budgets. 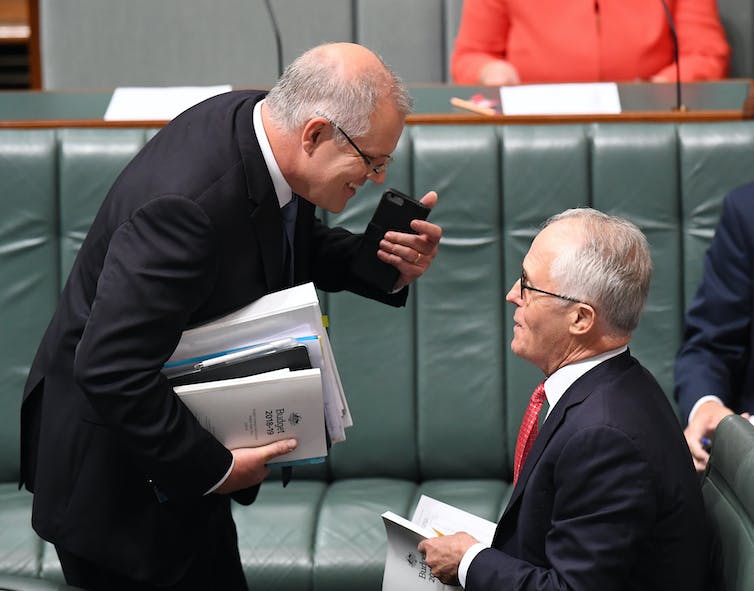 What then of Morrison’s politics?

In part, Morrison’s conservative politics are informed by his faith – he has been a long-standing member of the Pentecostal church. Generally speaking, Morrison is economically liberal and socially conservative. He was just one of ten Liberal MPs, alongside Abbott and Barnaby Joyce, to abstain from the same-sex marriage vote.

Moreover, he signalled a clear willingness to ensure greater religious freedoms during this debate.

Yet, Morrison’s faith plays a secondary role to his political antenna. As he once argued, “The Bible is not a policy handbook, and I get very worried when people try to treat it like one”.

This conservative politics, especially on social policy, might likely appeal to the right- and far-right wing of the party (and parts of the wider electorate).

Morrison was a particularly strident and truculent immigration minister. He was notably forced to backtrack on his “insensitive” comments about questioning the funeral costs after the deaths of up to 50 refugees off Christmas Island in 2010.

His voting record solidly fits the pattern of economically liberal and socially conservative. Morrison has consistently voted against tobacco plain packaging, a price on carbon, and increasing Aboriginal land rights. Morrison has also supported other key conservative flagship issues, such as decreasing funding to the SBS and the ABC. 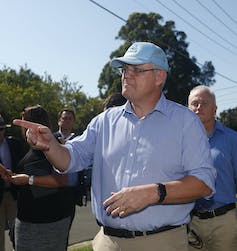 Morrison can be conservative and hard line. But he is arguably far more flexible than, say, Peter Dutton or Tony Abbott.

As social services minister, it is striking that Morrison did some work to soften the infamous 2014 Hockey Budget. What caught some off-guard was a willingness to work with those in the community services sector around superannuation reform. As Nick Bryant, author of The Rise and Fall of Australia, notes of Morrison, he refused to be “typecast”.

Read more: The big winner in Abbott's reshuffle is the ambitious Scott Morrison

If Morrison is conservative on much social policy, then he remains far more wedded to a neo-liberal economic agenda. As political scientist Carol Johnson has noted, the Liberals have had ongoing troubles in selling a neo-liberal agenda to the public.

Morrison’s two budgets as treasurer give a strong indication of his neo-liberal proclivities. What is most striking has been the determined and strident effort to dismantle Australia’s long-standing progressive income tax system. 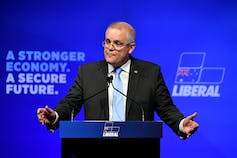 Morrison speaking at the 60th Federal Council of the Liberal Party. AAP/Joel Carrett

If Morrison gets his way, then the third part of his ambitious tax plan will see the middle income tax bracket totally removed by 2024. To date, there had been bi-partisan support (albeit tepid in some quarters) for the centre-piece of Australia’s so-called “fair go” principle. Morrison’s tax reform would radically remake Australia’s economy and politics.

On other measures, Morrison remains wedded to a small-state, low-tax agenda, even if his proposed corporate tax cuts do not materialise. He is also the latest in a long line of treasurers refusing to increase the welfare safety net, leaving Newstart untouched for 20 years.

Yet, Morrison’s first budget also reminds us that, despite promoting a neo-liberal agenda, he can be flexible within this over-arching setting. His 2017 budget contained the major levy on banks – a remarkable manoeuvre from a centre-right politician, done in part in a failed effort to stave off the Royal Commission. 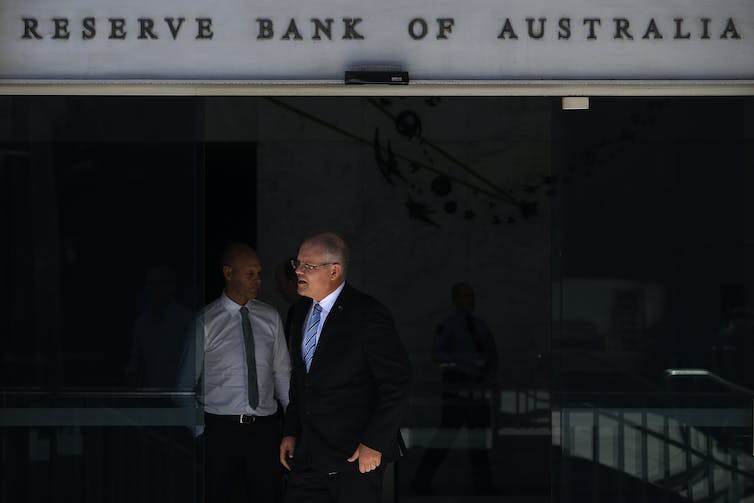 In his efforts to de-toxify the Liberals from Hockey’s 2014 budget, Morrison also moved at the 2017 budget, counter to his instincts, to raise the Medicare levy to safeguard NDIS spending.

Even in the 2018 budget, Morrison pledged to spend a striking AU$1.6bn for the aged-care sector. Cynically, this might be to shore up support from a key part of the liberal support base, but again, this shows some flexibility for state action, rather than just a purely reductivist, small-state agenda.

Morrison then is a conservative, and an economic liberal, working away within neo-liberal settings. But he is not an inflexible or unreflexive one. He apparently thought he could win the case to increase the GST with the Australian public.

His manoeuvrings in the lead-up the current leadership crisis also show a deft hand at balancing politics with his own ambition. In this regard, he might well emulate the past master of this brand of politics, who left parliament at exactly the same moment he entered it – John Howard.