Adulterated honey and fake mānuka honey have repeatedly made headlines in recent years.

The arguments around adulterated honey are relatively simple. These honeys are diluted with cheaper syrups and their lack of authenticity is unquestionable. The discourse around mānuka honey is different, as there are serious questions about what authentic mānuka honey actually means.

The term mānuka carries with it a premium. Mānuka honey is made from the nectar of the Leptospermum scoparium flower. This plant is native to New Zealand and south-east Australia. It is, thus, not surprising that much of the war around the term mānuka has played out between Australian and New Zealand producers.

There are many registered trademarks in Australia and New Zealand that include the word mānuka and relate to honey-based products. In July, the Australian Manuka Honey Association filed to protect its name.

The parallel New Zealand entity, the Mānuka Honey Appellation Society Inc, has filed for a certification trademark for the term mānuka honey. If granted, traders in New Zealand would only be able to market their products as mānuka honey if they satisfy a certain standard and are certified as such.

What’s in a name

Despite the value embodied in the term mānuka, Māori interests are often left out of the discussion. Similarly, little attention is given to the disagreement within Māoridom about who has jurisdiction over mānuka.

This is despite the glaringly obvious fact that mānuka is the Māori term for L.scoparium. Put another way, a war of words is playing out. And, while the war is over a Māori word, Māori are not seen as a key player. Instead, it is industry and government that we see on the field.

The fact that Māori are often left out from the conversation around the authenticity of mānuka honey reflects a long history of western law and science ignoring indigenous peoples, at best, or treating them as non-stakeholders or sources to be mined for information, at worst. The issue runs deeper than simply the use of a Māori word. 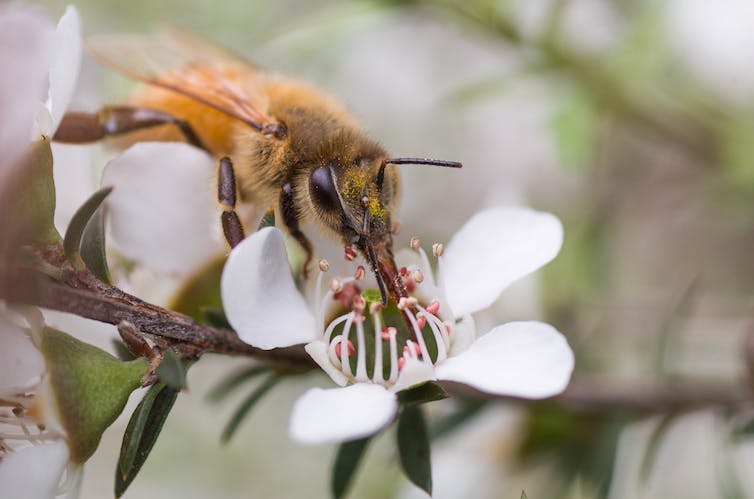 L.scoparium is near endemic to New Zealand. Māori have long used the plant and honey derived from it for various purposes, from brewing beer to multiple medicinal purposes. The latter includes the treatment of urinary complaints, fevers, burns, dysentery, skin and muscle inflammations, eye and mouth problems, pain relief and as a sedative. Teas were made from the leaves of the plant to ease fevers, or from the bark to treat dysentery and diarrhoea.

The use of Māori traditional knowledge to further western science is not new. In a recent study of patent applications filed in New Zealand, 25 applications were identified that used some aspect of the plant, honey or ingredient as a major component.

Half of the inventions were in the pharmaceutical industry. Many of these used the antibiotic properties of mānuka honey and were compositions including the honey or an extract. Several applied the antibiotic properties of the essential oil in L.scoparium. Three of the applications related to food or beverages. Two inventions were in the cosmetic industry.

I take thee at thy word

In 2013, New Zealand passed new patent legislation, which created a Māori Advisory Committee. This has the role of advising the Commissioner of Patents on whether an invention is derived from Māori traditional knowledge or “indigenous plants or animals” and, if so, whether “the commercial exploitation of that invention is likely to be contrary to Māori values”. The commissioner uses this advice to determine whether the “commercial exploitation” of an invention would be contrary to “public order” or “morality”.

These provisions have the potential to introduce te ao Māori (the Māori world) into a western legal paradigm. It has yet to be seen if they will truly meet Māori concerns. Of the 25 inventions identified in the study, 13 appeared to be derivative of a known Māori use. However, only four of these came under the Patents Act 2013.

At the time of writing, none of the four had gone through full examination by the Intellectual Property Office of New Zealand. Two were open for public inspection and two were recently filed. Indeed, no applications had gone to the Māori Advisory Committee. Thus, it remains to be seen what exactly the committee’s role will be and how it might affect applications for patents over inventions pertaining to mānuka in the future.