From the fossil fuel divestment movement to the Stop Adani campaign, in recent years we’ve seen a wave of climate activism that directly targets fossil fuels — both the infrastructure used to produce, transport and consume them, and the corporations that finance, own and operate that infrastructure.

What makes targeting fossil fuels so attractive for activists, and can we learn anything from them?

Read more: The fossil fuel divestment game is getting bigger, thanks to the smaller players

All of these things, if sufficiently stringent, would have been great if they were politically possible. But the groups advocating them were politically weak; they had few political resources. Consequently, in the competition to influence policy they were systematically outgunned by the fossil fuel industry.

Not only did the environment movement lack money and power over the economy, they lacked public support for their policy agenda. While public concern for climate change throughout this period was widespread, it was shallow. It was a political priority for few people, and fewer still were willing to take to the streets to demand strong, urgent action. 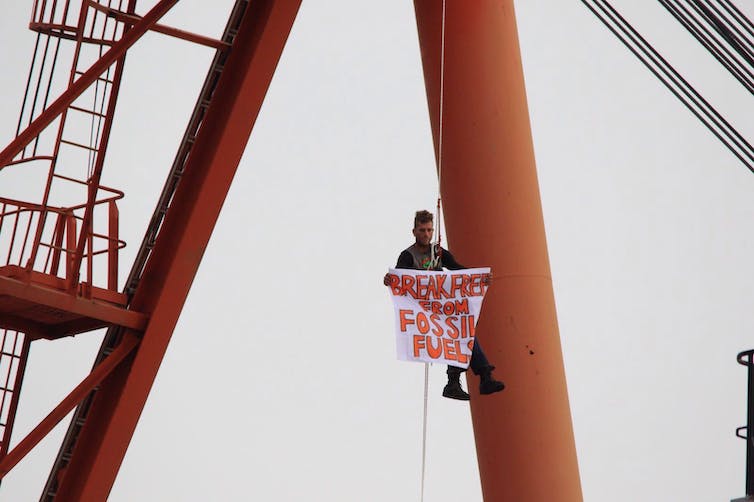 A protestor at the coal port in Newcastle. BREAK FREE NEWCASTLE

Compared with such ineffective climate activism, the present wave of anti-fossil fuel politics has an important advantage: it resonates better with ordinary people.

First, fossil fuels and associated infrastructure are readily understood by lay audiences. In contrast, concepts such as greenhouse gases, “2°C average warming”, and “350 ppm” are abstract, technical constructions not readily grasped by laypersons.

Read more: A matter of degrees: why 2C warming is officially unsafe

Second, whereas the harms caused by climate change are hard to understand and (perceived to be) remote from their cause in time and space, the production, transport and consumption of fossil fuels cause and are popularly associated with a range of other harms on top of climate change.

These include: local environmental, health and other socio-economic impacts, as well as corruption, repression, human rights abuses and other injustices along the supply chain. Most of these affect people living or working close to fossil fuel infrastructure such as mines, pipelines and coal-fired power stations. 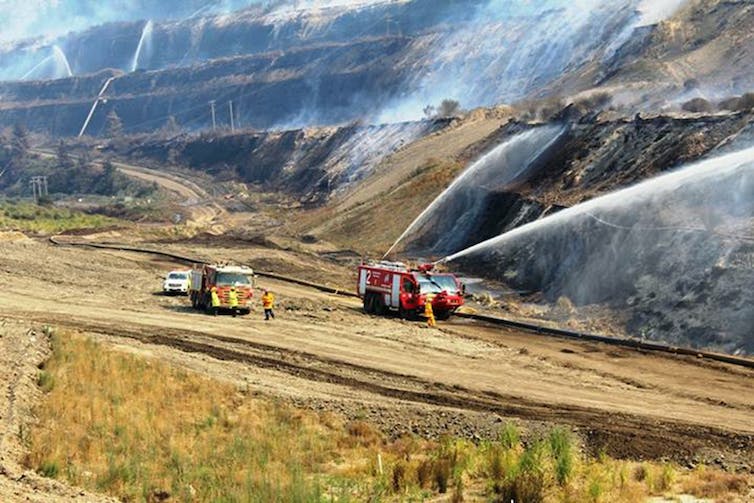 Surveys about energy sources in the US and Australia, for example, support the claim that fossil fuels are unpopular. In China, local air pollution caused by fossil fuels is one of the biggest public concerns. And case studies from various countries indicate the potential for proposed fossil fuel infrastructure to generate strong local opposition, social conflict, and wider media attention.

Third, targeting fossil fuels helps to personalize the causes of climate change. One of the reasons climate change is not psychologically salient to most people is that it is typically perceived to be an unintentional side-effect of the everyday actions of billions of people. This makes it hard for us to attribute blame.

Read more: Unburnable carbon: why we need to leave fossil fuels in the ground

But the fossil fuel industry is disproportionately responsible for our dependence on emissions-intensive energy. Targeting the industry helps to concentrate moral pressure on these more culpable agents and stokes the indignation that fuels climate activism. 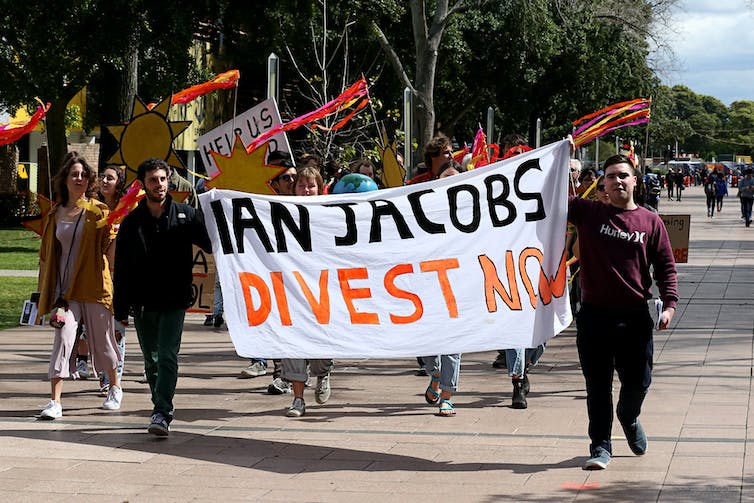 Targeting fossil fuels also has advantages when it comes to the other elements of successful social movement activism — resource accumulation, alliance-building, and sustaining participants’ enthusiasm over time.

A necessary part of climate politics

Targeting fossil fuels is not the only way to build more successful movements around climate action. Campaigns providing a more positive vision around renewable energy, for example, have also been successful in mobilising grassroots support, and are a crucial component in contemporary climate activism. And successful grassroots mobilisation is not everything: elite politics and international relations also greatly affect climate policy.

But building wide and deep social movements committed to urgent climate action is a necessary element of the political task before us. As the rising tide of anti-fossil fuel activism shows, if campaigners work with the grain of ordinary human motivation, drawing on what we know about the psychology and sociology of social movements, then they are in with a fighting political chance.