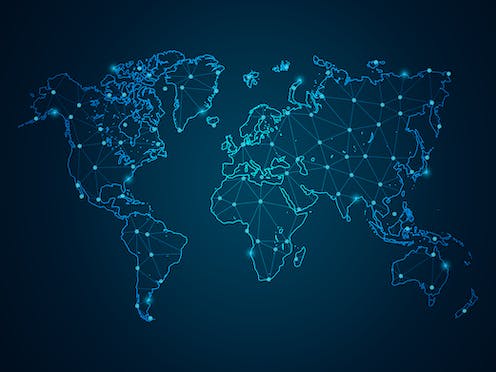 Imagine an internet where you couldn’t access any content unless it complied with every law of all the countries in the world.

In this scenario, you would be prevented from expressing views that were critical of many of the world’s dictatorships. You would not be able to question aspects of some religions due to blasphemy laws. And some of the photos you post of your children would be illegal.

A development like this is not as far fetched as it currently may seem.

Every country wants its laws respected online. The scenario above may be an unavoidable outcome if countries are successful in seeking to impose their laws globally. Even though they can’t prosecute the person who posted the content, they can try to force the internet platforms that host the content to remove or block it.

A legal opinion released last week in a case currently before the courts in the European Union argues content should generally only be blocked in countries where it breaches the law, not globally. This is a sensible approach, and a necessity if we wish to continue to enjoy the benefits currently offered by the internet.

Read more: Country rules: the ‘splinternet’ may be the future of the web

A trend of global orders

There have been numerous examples of courts seeking to impose their content restrictions globally by ordering the major internet platforms to remove or block access to specific content.

The most recent high profile case is a 2017 decision by the Supreme Court of Canada, in which the court sought to compel Google to block certain search results globally. That dispute is still ongoing after a US court sided with Google.

Courts in Australia and the United States have also opted for global content restrictions, without regard for the impact on internet users in other countries. For example, in the Australian case, Justice Pembroke ordered Twitter to block all future postings globally – regardless of topic – by a particular Twitter user.

This is troubling. After all, what is illegal in one country may be perfectly legal in all other countries. Why should the harshest laws determine what can be posted online? Why should duties imposed by one country trump rights afforded to us by the laws in many other countries – particularly international human rights laws?

The latest case to address this question is an ongoing dispute in the EU. The French data protection authority (CNIL) sought to force search engines to remove search results (known as de-referencing) globally where those results violate the EU’s so-called “right to be forgotten” legislation.

The right to be forgotten is an aspect of the EU’s data privacy law that, in simplified terms, gives people the right to have online content blocked on search engines, where the content is no longer relevant.

Google disputed this and the matter has reached the EU’s highest court - the Court of Justice of the European Union (CJEU). On 10 January 2019, an Advocate General of the court issued his opinion on the matter (so far only available in French). Such opinions are not binding on the court, but the judgment often follows the reasoning of the Advocate General. The judges are now beginning their deliberations in this case and their judgment will be given at a later date.

In his opinion, the Advocate General concluded that, in relation to the right to be forgotten, search engines:

…must take every measure available to it to ensure full and effective de-referencing within the EU.

He went on to say that de-referencing of the search results should only apply inside the EU.

But he didn’t rule out the possibility that:

…in certain situations, a search engine operator may be required to take de-referencing actions at the worldwide level.

This is similar to a nuanced approach advocated for by the Swedish data protection authority in a parallel case currently before the Swedish courts.

If the EU court adopts the approach of the Canadian Supreme Court and seeks to impose EU law globally, many other countries – including repressive dictatorships – are likely to view this as a “green light” to impose their laws globally.

But if the EU court adopts the more measured approach proposed in the Advocate General’s opinion, we may see a reversal of the current dangerous trend of global content restriction orders.

It may be months until we see the final judgment. But the stakes are high and the future of the internet, as we know it, hangs in the balance.