With the holiday season well underway and New Year’s Eve approaching, you might find yourself drinking more alcohol than usual.

So what actually happens to our body as we drink alcohol and wake up with a hangover?

What about memory blackouts and “hangxiety”, when you can’t remember what happened the night before or wake up with an awful feeling of anxiety?

Let’s look at what the science says – and bust some long-standing myths.

What happens when you drink alcohol?

It doesn’t matter what type of alcohol you drink – or even whether you mix drinks – the effects are basically the same with the same amount of alcohol.

When you drink alcohol it goes into the stomach and passes into the small intestine where it’s quickly absorbed into the bloodstream.

If you have eaten something, it slows the absorption of alcohol so you don’t get drunk so quickly. That’s why it’s a good idea to eat before and during drinking.

It takes your body about an hour to metabolise 10g, or one standard drink, of alcohol.

(There are calculators that help you estimate your blood alcohol level but everybody breaks down alcohol at a different rate. So these calculators should only be used as a guide.)

We all have that friend who has woken up after a big night out and not been able to remember half the night. That’s a “blackout”.

It’s different to “passing out” – you’re still conscious and able to carry out conversation, you just can’t remember it later.

The more alcohol you drink and the faster you drink it, the more likely you are to experience blackouts.

Once alcohol in your blood reaches a certain level, your brain simply stops forming new memories. If you think of your brain like a filing cabinet, files are going straight to the bin, so when you later try to look for them they are lost.

How do I sober up?

If you’ve had too much, there’s no way to sober up quickly. The only thing that can sober you up is time, so that the alcohol can be eliminated from your body.

The caffeine in coffee may make you feel more awake, but it doesn’t help break down alcohol. You will be just as intoxicated and impaired, even if you feel a little less drunk.

The same goes for cold showers, exercise, sweating it out, drinking water, and getting fresh air. These things might help you feel more alert, but they have no impact on your blood alcohol concentration or on the effects of alcohol.

Researchers haven’t identified one single cause of hangovers, but there are a few possible culprits.

Alcohol is a diuretic, so it makes you urinate more often, which can lead to dehydration. This is especially the case if you’re in a hot, sweaty venue or dancing a lot. Dehydration can make you feel dizzy, sleepy and lethargic.

Alcohol can irritate your stomach lining, causing vomiting and diarrhoea, and electrolyte imbalance.

An imbalance of electrolytes (the minerals our body need to function properly) can make you feel tired, nauseated, and cause muscle weakness and cramps. 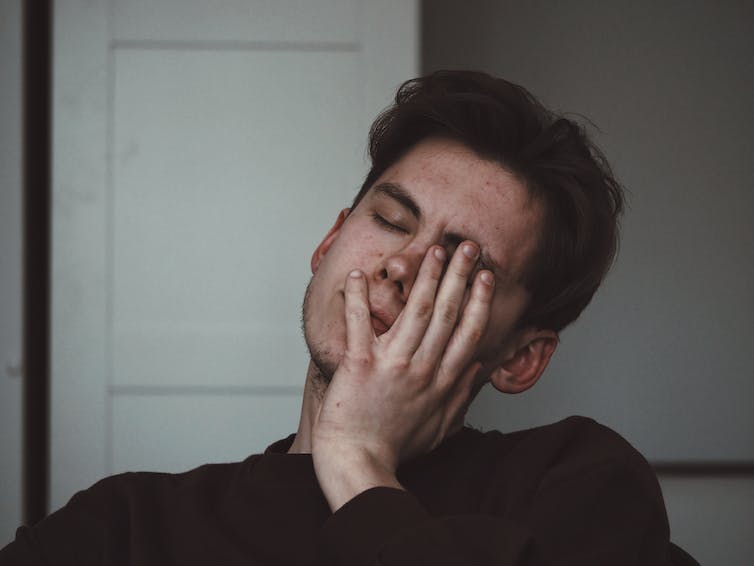 Hangovers can leave you tired, dehydrated, and with an irritated stomach. Adrian Swancar/Unsplash

Too much alcohol can cause your blood vessels to dilate (expand), causing a headache. Electrolyte imbalance and dehydration can also contribute to that thumping head the next morning.

Alcohol also disrupts sleep. It can make you feel sleepy at first but it interrupts the circadian cycle, sleep rhythms and REM (rapid eye movement) sleep, so later in the night you might wake up.

It can stop you from getting the quality of sleep you need to wake feeling refreshed.

Why ‘hair of the dog’ doesn’t work

There’s no way to cure a hangover, even with “hair of the dog” (having a drink the morning after). But drinking the next morning might delay the onset of symptoms, and therefore make you feel better temporarily.

Read more: Monday's medical myth: you can cure a hangover

Your body needs time to rest, metabolise the alcohol you have already had, and repair any damage from a heavy night of drinking. So it’s not a good idea.

If you drink regularly and you find yourself needing a drink the next morning, this may be a sign of alcohol dependence and you should talk with your GP.

Alcohol has many effects on the brain, including that warm, relaxed feeling after a couple of drinks. But if you’ve ever felt unusually anxious after a big night out you might have experienced “hangxiety”.

Your brain likes to be in balance, so in response to drinking it produces more glutamate and blocks GABA. Cue that shaky feeling of anxious dread the next morning.

What can you do if you wake up with hangxiety?

To ease some of the symptoms, try some breathing exercises, some mindfulness practices and be gentle with yourself.

There are also effective treatments for anxiety available that can help. Talk to your GP or check out some resources online.

If you’re already an anxious person, drinking alcohol may help you feel more relaxed in a social situation, but there is an even greater risk that you will feel anxiety the next day.

Prevention is better than a cure 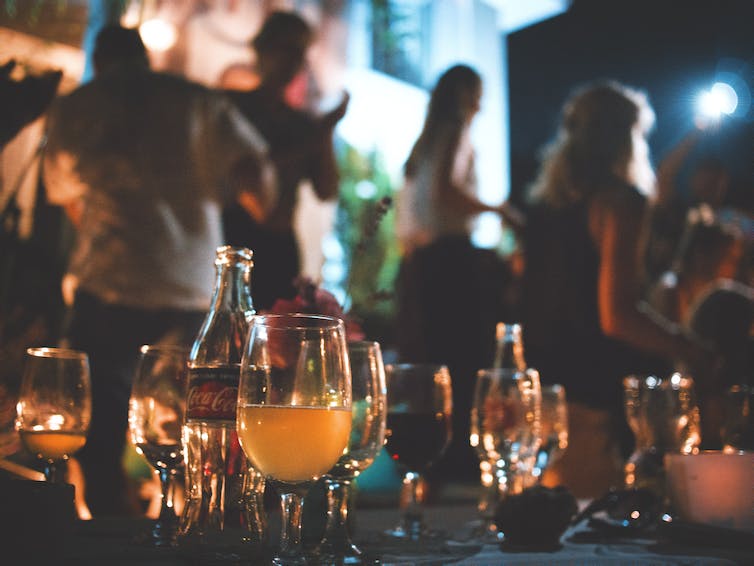 Have a drink of water between alcoholic drinks. Marvin Meyer/Unsplash

If you choose to drink this holiday season, the best way to avoid hangovers, hangxiety, and blackouts is to stick within recommended limits.

(If you want to check what a standard drink looks like, use this handy reference.)

As well as eating to slow the absorption of alcohol, and drinking water in between alcoholic drinks to reduce the negative effects, you can also:

If you’re worried about your own or someone else’s drinking, call the National Alcohol and other Drug Hotline on 1800 250 015 to talk through options or check out resources online.