Bees get a lot of good press. They pollinate our crops and in some cases, make delicious honey. But bees around the world face serious threats, and the public can help protect them.

Of more than 20,400 known bee species in the world, about 1,650 are native to Australia. But not all bees found in Australia are native. A few species have been introduced: some on purpose and others secretly hitchhiking, usually through international trade routes.

As bee researchers, we’ve all experienced seeing a beautiful, fuzzy striped bee buzzing about our gardens, only to realise it’s an exotic species far from home.

Read more: The farmer wants a hive: inside the world of renting bees

We need the public’s help to identify the bees in Australian backyards. There’s a good chance some are not native, but are unwanted exotic species. Identifying new intruders before they become established will help protect our native species. 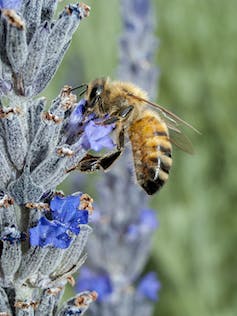 The European honey bee (Apis mellifera) is the best-known introduced species, first brought to Australia in the early 1800s. It is now well-established throughout the country, with profitable industries built around managed populations.

Other invasive species in Australia are less well known (or loved). The European bumblebee (Bombus terrestris) is present in high numbers in Tasmania, but isn’t thought to be established on mainland Australia.

This bumblebee has caused major harm to native bees in South America, competing for resources and spreading disease.

In northern Queensland, the Asian honey bee (Apis cerana) is established around Cairns and Mareeba, from a single incursion in 2007. The original founding colony is thought to have been a stowaway on a boat that sailed to Cairns from somewhere in southeast Asia or the Pacific, where this bee is widespread. 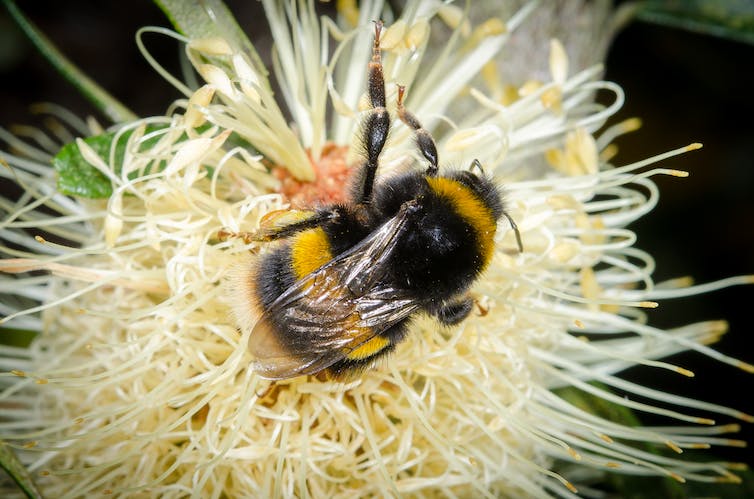 The European bumble bee (Bombus terrestris) lives in large numbers in Tasmania, but is not established on the mainland. Tobias Smith, Author provided

Why should we care?

Most insects can spread and establish breeding populations before anyone notices them, so it’s important we pay attention to these small intruders.

Introduced species can bring new parasites or diseases into the country that may harm native insects – including our stingless bees that are so vital to crop pollination – or affect the valuable European honey bee industry.

While bumblebees may help commercial pollination in a handful of Australian crops, they and other introduced species can also compete with native species for resources, or spread weeds.

Most resources go to monitoring invasive species with a more dramatic and understood effect on agriculture and the environment. Bees sneak under the radar – but we’re still curious.

Take the African carder bee (Pseudoanthidium repetitum), which arrived in Australia in the early 2000s. Thanks to citizen scientists, we know they are spreading rapidly. In 2014, they were the third most common bee species found in a survey of Sydney community gardens. 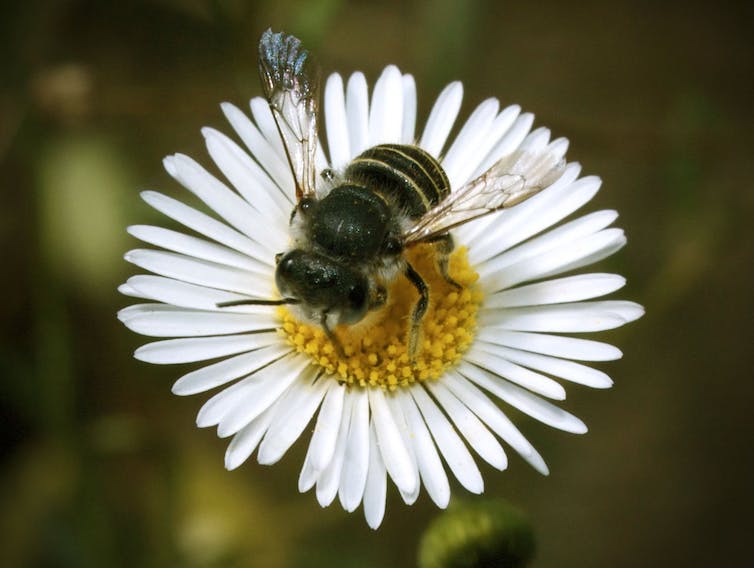 An African carder bee spotted in Lismore. They are the third most common bee species in Sydney community gardens. Tobias Smith, Author provided

Just recently, we found two invasive African carder bees in a backyard in Armidale in northern New South Wales while testing out a new insect monitoring method. There are no confirmed records of this invasive bee in Armidale, although we have seen a few around town since 2017.

Read more: Bees: how important are they and what would happen if they went extinct?

Although it’s usually exciting to find a new record for a native species, finding an exotic bee where it’s not supposed to be is worrying. How long have they been there, and how many others are there?

The European bumble bee was recently sighted to global biodiversity. 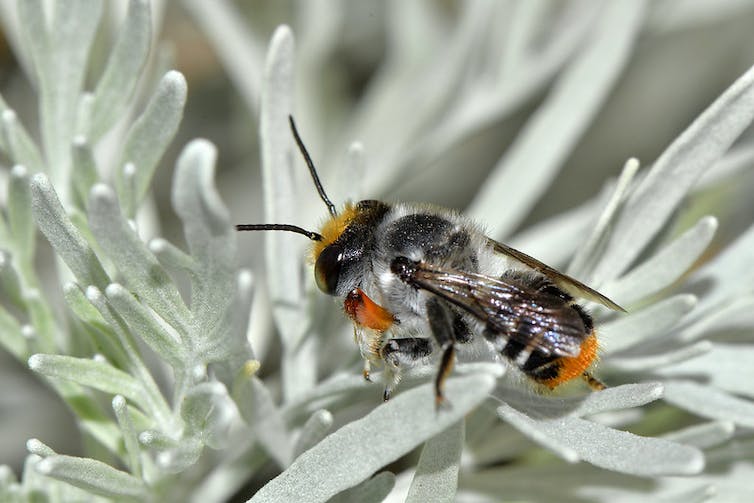 You don’t have to be totally sure what kind of bee you’ve spotted. Just snap some pictures and upload it to a citizen scientist app like iNaturalist with the date and location. Jean and Fred/Flickr, CC BY

Will you help us keep track?

Anyone can help keep track of potential new invasive species, simply by learning more about the insects in your local area and sharing observations on citizen science platforms such as iNaturalist, or through targeted projects like the African carder bee monitoring project.

You don’t need to be sure exactly what species you’ve seen. Uploading some clear, high-resolution photos, along with the date and location of your observation, will help naturalists and researchers identify it.

Read more: Wasps, aphids and ants: the other honey makers

You can also participate in events such as the twice-yearly Wild Pollinator Count or local Bioblitzes.

Your efforts can help us detect emerging threats, and add to our records of both native and non-native bees (and other species). Plus it’s a great excuse to get outdoors and learn more about the insect life in your area.

This article was co-written with Karen Retra.