Several areas in New South Wales and Victoria have already been issued with warnings about the quality of their drinking water.

Here’s what we know about the short- and long-term risks.

Bushfires can damage or disrupt water supply infrastructure as they burn. And the risks can persist after the fires are out.

A loss of power, for example, disables important water treatment processes such as chlorine disinfection, needed to kill microorganisms and make our water safe to drink.

Drinking water for the towns of Eden and Boydtown on the NSW south coast has been affected in this way over recent days. Residents have been advised to boil their water before drinking it and using it for cooking, teeth brushing, and so on.

Other towns including Cobargo and Bermagui received similar warnings on New Year’s Eve.

In some cases, untreated water, straight from a river supply, may be fed directly into drinking water systems. Water treatment plants are bypassed completely, due to damage, power loss, or an inability to keep pace with high volumes of water required for firefighting.

We’ve seen this in a number of southern NSW towns this week including Batlow, Adelong, Tumbarumba, and the southern region of Eurobodalla Council, stretching from Moruya to Tilba. Residents of these areas have also been urged to boil their drinking water. 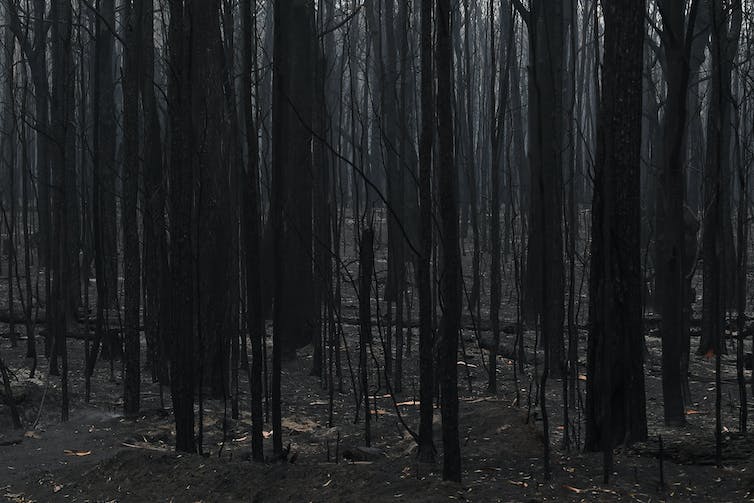 The ash left by a bushfire can contaminate the water supply. Dean Lewins/AAP

Untreated river water, or river water which has not been properly disinfected with chlorine, is usually not safe for drinking in Australia. Various types of bacteria, as well as the parasites giardia and cryptosporidium, could be in such water.

Human infection with these microorganisms can cause a range of illnesses, including gastrointestinal diseases with symptoms of diarrhoea and vomiting.

Read more: What are parasites and how do they make us sick?

Severe impacts to waterways may not occur until after intense rainfall. Heavy rain can wash ash and eroded soil from the fires into waterways, affecting drinking water supplies downstream.

For example, bushfire ash contains nutrients, such as nitrogen and phosphorous. Increased nutrient concentrations can stimulate the growth of cyanobacteria, commonly known as “blue-green algae”.

Cyanobacteria produce chemicals which may cause a range of water quality problems, including poor taste and odour. Some cyanobacteria can produce toxic chemicals, requiring very careful management to protect treated drinking water. 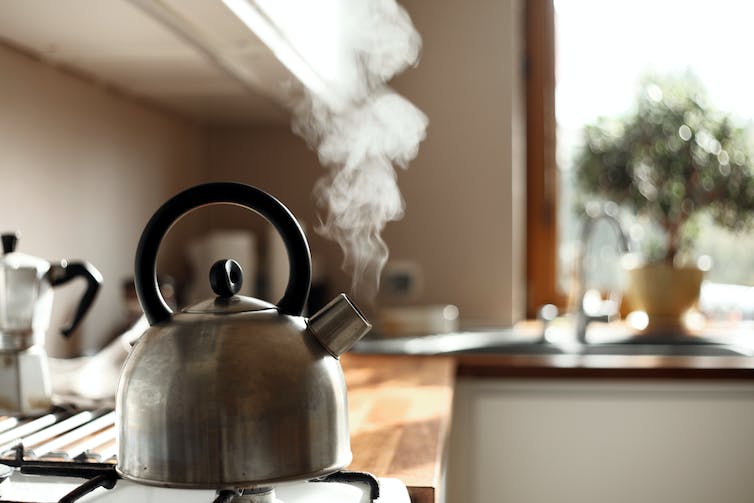 Boiling water will kill microorganisms, but not chemical substances. From shutterstock.com

This cleaning, or backwashing, is a normal part of the treatment process. But if more time must be spent backwashing, that’s less time the filters are working to produce drinking water. And if the rate of drinking water filtration is slowed and fails to keep pace with demand, authorities may place limitations on water use.

In order to reduce the risk of gastrointestinal and other illnesses, water suppliers and health departments may issue a boil water alert, as we’ve seen in the past week. Bringing water to a “rolling boil” can reliably kill most of the microorganisms of concern.

In cases where water may be contaminated with chemical substances rather than microorganisms, boiling is usually not effective. So where there’s a risk of chemical contamination, public health messages are usually “do not drink tap water”. This means bottled water only.

Such “do not drink” alerts were issued this week following bushfire impacts to water treatment plants supplying the Victorian towns of Buchan and Omeo.

Impacts to catchments from bushfires and subsequent erosion can have long-lasting effects, potentially worsening untreated drinking water quality for many years, even decades.

Following these bushfires, many water treatment plant operators and catchment managers will need to adapt to changed conditions and brace for more extreme weather events in the future.