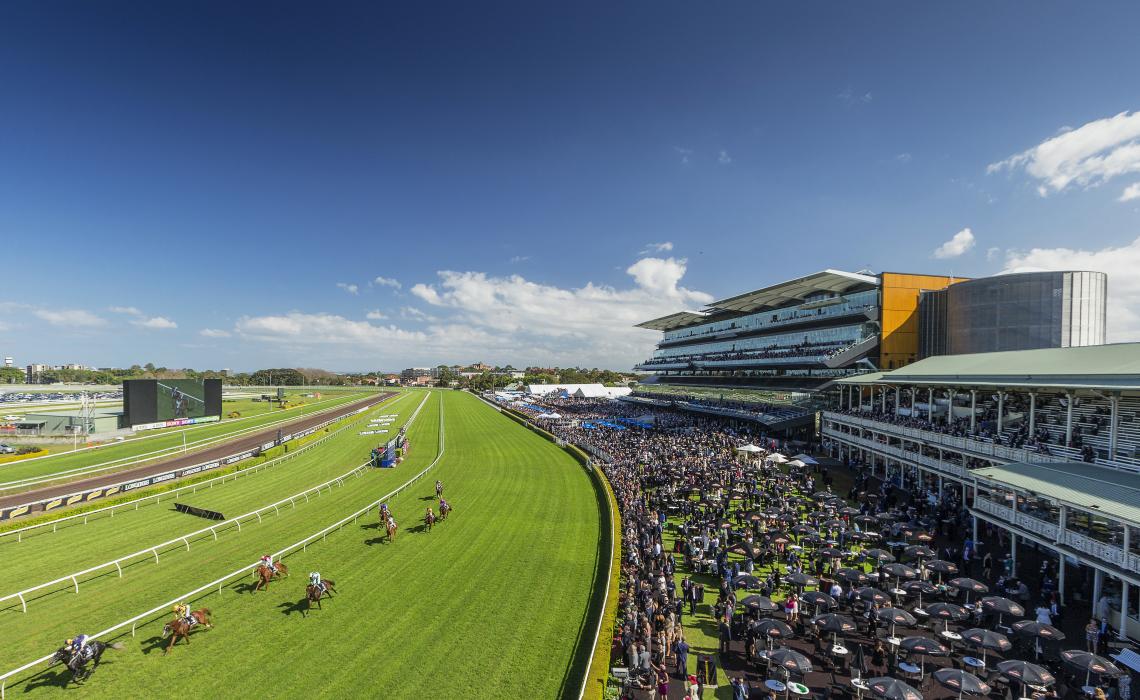 Thoroughbred horse racing is one of the growing sports in Australia. Interestingly, it comes close to top-ranking professional sports such as the Rugby League and Australian Football. Over the years, horse racing grew to become a leading source of entertainment for the growing audience in the country. Whether you’re an ardent football lover or have an interest in other sports, such as rugby and basketball, you wouldn't mind getting passionate about horse races.

With over 300 racecourses that place it ahead of other countries that host horse races, Australia also has more horses coming in to claim the prize money at every competition. Thoroughbred horse racing has come to stay and there’s no stopping it now. With the diversification of sports in the country, you’re sure of making big money by tipping your favourite horse(s) to win in the race.

Nevertheless, many people are not aware of the history of this great sporting event. Thoroughbred horse racing made a fascinating entry into the Australian sports community. Before delving into that, it’s worth mentioning that this source of entertainment generates millions of dollars, which is beneficial to both the bookmakers and punters. In addition, you’ll need a concise understanding of history to make headway with this fascinating means of entertainment.

The Transformation of Horse Racing

Before horses became a sporting activity, there were primarily used for the transportation of kings and nobles. The tide changed in 4500 BC when man began to train horses for races. This was prominent in Central Asia when centred horse racing came into vogue. Ever since then, horses became a form of recreation, not just for the Central Asian region but also for other parts of the world that took an interest in it.

A Concise Breakdown of Horse Racing

The history of horse races in Australia started with the arrival of the first horse called, “Lady Penrhyn”. It arrived with the First Fleet that landed in the country on January 26, 1788. Researches posit that the fleet contained a stallion, a filly, a yearling, and four manes. It’s on record that this heap came from Cape Town in South Africa. After this, there was a proliferation of horses in Australia in the nineteenth century. At the time, over 203 horses were available in New South Wales in the year 1810.

Horse racing soon became one of the leading sporting activities that were able in Australia. Despite the proliferation of many horses in the country and the growing interest of the populace in it, there was still more to do to make it accessible for everyone. Just as the sport was getting popular, it was also expensive. In addition, there were few horses at the time to meet the needs of the target audience. At the time, participants in the races were individuals from different sectors of the economy who were passionate about horse races. These participants also shared relevant tips that will increase their chances of profiting from the sporting activity.

As the interest of the populace grew, it became imperative to extend the reach of the races. This was the reason why racecourses were moved to other parts of Australia after the success recorded in Sydney’s provincial zones. Soon after, more racetracks were available in other parts of the city and extended to other locations in Australia. The impact of this diversified relocation was soon felt because every town in the country had its own racer club where interested individuals can meet to hold brief about upcoming horse races.

With the success of the extended locations for racecourses, all was set in place to hold the first organized horse race. Later on, the leading Australian steeplechase was held on September 19, 1844, at the Five Dock Farm. This event was open for public participation and pulled in massive income for the organizers. It’s worth mentioning that unorganized horse races were prevalent at the time. The barrier was broken in 1810 after the successful hosting of the sanctioned race held at the Hyde Park in Sydney.

The first country racing club for horse races in Australia was developed in 1852 and had its location at Wallabadah.

There was a massive adoption of racehorse syndicates for sale around Australia after this. The most outstanding of these horses was Phar Lap, which came all the way from New Zealand to hold sway from 1928 to 1932. Another horse called Makybe Diva from the UK came through to hold the fort for many years; it succeeded to win the Melbourne Cup and was in dominance with consecutive streaks of winning horse races.

The races had a fair starting and are now taking a cue from current avenues to enhance the operations. Nowadays, before the hosting of any horse race, there tends to be Provincial, Country, and Metropolitan Race Club meetings to determine the best ways to host upcoming races.

The racing season now begins on the first day of August each year and finishes on the last day of June. Besides, races don’t just hold each day of the week Saturdays are specifically set aside for horse races in Australia.

The race is quite impressive because it has high stakes in the Australian gambling market, and the cash out is huge. You now have an idea about the proliferation of horse races in the country and may want to try your luck with favourite horses in upcoming events. To be successful at this, you need to ask relevant questions, embark on researches, and master the betting tips and choose a reputable horse betting partner. With the information garnered by doing these, you won’t be lost in the crowd when placing a bet in this thrilling sporting activity.

The Future of Horse Racing in Australia

Thoroughbred horse racing has grown over the years to become a thrilling sporting activity in the country. Nevertheless, it is a game of chance, which means that you must have an eye for details to win big from your passion.

Funding the game is one area that has undergone radical changes. Now, there are moves to amalgamate racing clubs to make them function under one body. In like manner, the Board of Trustees charged with the responsibility of maintaining the stability of horse races in their domains is not making much effort to maintain stables within their domains.

Funding of these races is gradually moving out of Government’s support to the administration of racing clubs. This is the reason behind the proliferation of race meetings such as the Ipswich Cup and Cairns Amateur Carnival.

Aside from the huge profits generated by the race, investors are also making efforts to gets returns on their investments. Now, plans are underway to establish atmosphere circuits that will enhance the atmosphere during races. To that end, upcoming races tend to have horses galloping on the clement atmosphere.

Pure breed horses are the standard when it comes to horse races, and this doesn’t look to change anytime soon. The increasing interest by Australian investors on returns on their investments has led to a massive decrease in the number of stallions/horses in the country. Similarly, veterinarian types of horses are bringing up the rear because horses in this category tend to cover more races than others do. This brings about stiff competitions because minor studs will try to meet up with the demands. However, there seems to be hope because narrowing the quality pool of these horses has positive tidings for participating breeds. The impact is the introduction of shuttling of stallions that can serve horses on opposite sides of the equator.

Horse racing in Australia may be passing through tough times but still has a great future. While the game of Cricket is making uncommon advancements of the 20/20 entertainment, horse races, on the other hand, are slowly detaching from the past glories. For instance, there is a decline in the French Derby. The massive declines in the races aren’t the best at this time, especially with the glories of legendary horses in times past.

However, there are hopes of a massive return of horse racing in Australia. For instance, the offers from associations such as Magic Millions and their consideration of the 2-Year-Old (2YO) race for the graduated class of horse breeds is a light at the end of the tunnel. There’s no gainsaying the fact that horse races are bound to make a bullish return anytime soon.

Beyond the challenges that rock the industry, horse racing still has a greater chance to make impacts in Australia.