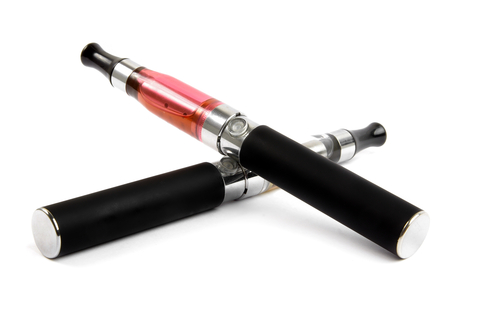 Health has always been a major concern and over the years we have seen that science has taken astonishing advancement in the field of medical for raising one’s standard of health and wellbeing. Vaping was considered as the life saving and best yet healthy alternative to the cigarettes, we have seen a number of people shifting from cigarettes to vaping mainly for the health reason and to quit smoking.

But all that glitters is not gold! Since recent researches have shown risks factors due to e-cigs. Intensive users have complained about throat and mouth bleeding. Not only this but one might end losing a tooth as it causes severe gum disease and also disturbs the immunity.

Vapers have been reported with smoker’s cough and bleeding sores, as the liquid in the device get hotter it leaves worst effects on human cells.

After a study which suggests that the e-liquids contain cancer causing chemicals, Rob McConnell an internal medicine specialist at the University of Southern California, Los Angeles says that if you are teen, don’t play with your life by vaping.

The trend of vaping seems to be more popular among adolescents as they try to make different shapes and compete with each other while exhaling vapors. Jessica Pepper, a social scientist who works for a research institute RIT, has conducted a number of researches and surveys in finding out why teens are more inclined towards vaping. This made her to conduct a survey over the social media in which more than 1700 people participated. The survey indicated that in every four hours more than three of the teens try vaping techniques by following the guidelines given in online tutorials. The alarming thing which she was more concerned for, was that once a vapor cloud is being formed in the air which is called aerosol, contains extremely potential harmful chemical called Formaldehyde which not only causes skin, eye and throat irritation but can cause skin cancer upon frequent exposure.

You might have seen people exhaling out the vapors not only from nose and mouth but from ears as well. Yes EARS! This is also one of the techniques used by vapers in which you breathe the aerosols deep into the lungs. This made Irfan Rahman, a toxicologist at the University of Rochester in NY, worried. Upon studying the effects of vapor cloud inside human body he figured out that our nose, mouth and lungs are covered with a thin lining that protects from dust and other harmful particles suspended in the air and surrounding which is severely damaged by the intake of aerosols.

One of the major attractions of vaping was having many flavors or even getting the customized one. These flavors can extremely dangerous and harmful says a recent research. An e-cig is a battery operated device which has a metal coil inside. During vaping the coil gets extremely hot through which when the flavored liquid passes it turns the vapors into the gas which is inhaled by the users. Since the liquids are flavored which contain chemicals mostly nicotine too. These liquids are labeled as “Food Grade” which means they are safe and can be used for eating however; once these liquids are heated they might change their chemical composition. According to the experts, this chemical change can be more toxic than the e-liquids themselves.

Though this area is under researched but many health related associations are conducting research to find out more about vaping or e-cigarettes hazards. Extensive research is being done in order to create awareness about health hazards of vaping.

As we all know that extensive use of anything can be dangerous. Though vaping looks cool, it’s trendy and became a sport but we should take care of the fact that it has its side effects as well. Have a healthy life.