The Australian Christian Lobby’s children’s spokesperson, Wendy Francis, said revelations in the media today and a check of the “Safe Schools” website showed primary schools throughout the nation remained signed on to the program which teaches children their gender is fluid.

“We have seen little evidence that the Coalition is taking the concerns of parents, the wider community and its own directive seriously,” Ms Francis said.

“State governments are calling Minister Birmingham’s bluff, some openly defying the Federal directive while others seem to be dragging the chain.

“Each day that passes new revelations about the program’s extreme agenda for children emerge and yet “Safe Schools” continues to thumb its nose at parents.

“The directive, issued in March recognised the inherent problems with the sexualised nature of the program and warned against using the content on children,” Ms Francis said.

At the time, Minister Birmingham said he was “requiring local programme managers to ensure the distribution and promotion of Safe Schools Coalition Australia program material is restricted to secondary school settings only.

According to the SSCA website, at least 35 primary schools in Victoria still are running the program, as well as around six in Queensland and more than 11 in Western Australia, South Australia and Tasmania.

“In Queensland, the Labor Government has done all it can to hide ‘Safe Schools’ from parents by refusing to release the names of the schools signed up to the sexualised and age-inappropriate material,” Ms Francis said.

“It’s actions show it is more concerned with protecting rainbow ideology then it is for the welfare of children in Queensland. It has snubbed a Right of Information request as well as a petition of more than 11,000 citizens.”

A poll in Fairfax Media shows low support for “Safe Schools” with more than 70 per cent of respondents saying the program should be removed.

Read more about what is deceptively or misleadingly referred to as "safe schools". 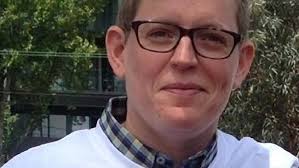