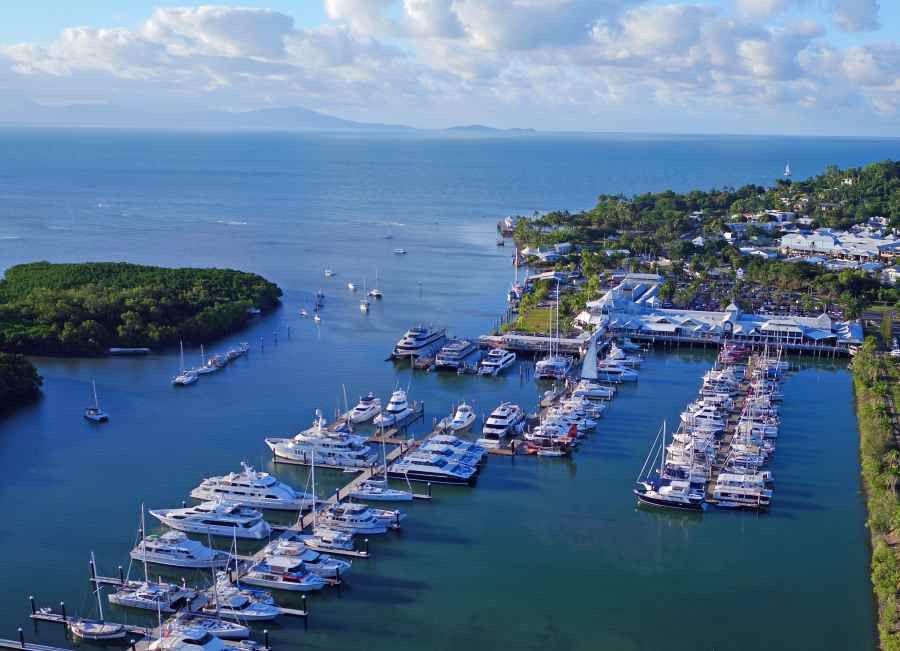 Australian tourism and hospitality group, Crystalbrook Collection, has today announced its acquisition of The Reef Marina in Port Douglas, which is now to be known as Crystalbrook Superyacht Marina, and its intention to invest a further $100+ million into the Marina.

The group has announced that it intends to deliver to Port Douglas a world-renowned superyacht marina, a luxury waterfront 100-room boutique hotel, 50 premium residences and enhanced retail and dining areas.

Douglas Shire Mayor Julia Leu said she was thrilled to see investment coming to the region: “This is encouraging news for Port Douglas and we look forward to working with Crystalbrook Collection to revitalise the marina precinct. It’s many years since we have seen a development of this size and Crystalbrook Collection have demonstrated with their recent significant investments in Far North Queensland that they mean business and are committed to the ongoing growth of the region. This investment in the marina will endorse Port Douglas as one of Australia’s most idyllic getaways and bring great economic growth for the wider community.”

Crystalbrook Collection owner, Ghassan Aboud, said: “With our plans, we believe we can redefine the Australian marina experience and ensure Port Douglas is an essential-visit location for high-end global travellers.”

Central to the expansion is the creation of a world-class hotel. “This site demands a hotel of the highest calibre,” said Crystalbrook Collection CEO Mark Davie. “We have been travelling the world for inspiration. We want to bring to Port Douglas a globally recognized hotel and an incomparable experience for its guests.”

This will be the fourth development in Queensland for Crystalbrook Collection, which already has three hotels in Cairns under construction with an investment of more than $370 million. The group also owns and operates Crystalbrook Lodge, a member of Luxury Lodges of Australia, and MV Bahama, a 27-metre luxury motor yacht berthed at Crystalbrook Superyacht Marina.

Crystalbrook Superyacht Marina is at the gateway to the Great Barrier Reef and is Queensland’s northernmost marina.    The expansion of the Marina is to include an additional 24 berths to the existing 132 berths welcoming superyachts of up to 50 metres in length (the length of an Olympic pool).  Construction of the luxury hotel and residences is expected to commence in mid-2018, subject to Government approvals, with completion anticipated in 2020.

The work is expected to generate more than 600 jobs during construction and around 240 permanent jobs post completion. Prime Group has been appointed to project manage and construct the expansion.