How many of these words, shortlisted by The Macquarie Dictionary in its search for the 2019 Word of the Year, have you used? Anecdata, big minutes, cancel culture, cheese slaw, cleanskin, drought lot, eco-anxiety, flight shaming, healthwashing, hedonometer, mukbang, ngangkari, robodebt, silkpunk, thicc, and whataboutism?

I confess the only one on this list (whittled down from 75 words), that has passed my lips has been “cleanskin”, but I wasn’t referring to someone with no tattoos - the new definition.

I may not have used these shortlisted words, but I have certainly experienced the effect of some of them and can appreciate the value of others. (“Whataboutism”, for instance, a technique used “in responding to an accusation, criticism or difficult question in which an opposing accusation or criticism is raised”, will come in very handy when describing many politicians. )

I doubt, though, whether I’ll be able to remember and use many of these words, colourful and tinged with negativity as many are.

The Macquarie Dictionary committee has chosen “cancel culture” as its Word of the Year. The term is used to describe community attitudes that

…call for or bring about the withdrawal of support from [for] a public figure, such as cancellation of an acting role, a ban on playing an artist’s music, removal from social media, etc., usually in response to an accusation of a socially unacceptable action or comment by the figure.

Unfortunately, there have been any number of recent examples in Australia of ostracism through “cancel culture”, whose cases have progressed to the courts. I hesitate to mention Geoffrey Rush here.

Read more: Tarantino has a questionable record in the #MeToo context, so should we boycott his new film?

The committee chose “cancel culture” because it believes the term “captures an important aspect of the past year’s zeitgeist”.

In looking over the list, I’m not sure that I like any of these words. I think a couple of them are ridiculous, in particular “hedonometer”, an algorithm using language data from Twitter to analyse levels of happiness.

To qualify as Macquarie’s word of the year, a word must be newly added to the dictionary in that year or, as is the case with “cleanskin”, an old word with an additional new meaning.

Macquarie points out that it differs from other dictionaries, as some simply choose the most common word being searched, or most topical word, regardless of its status as “new”. The people at Cambridge Dictionary, which chose “upcycling” for 2019, relied on their Instagram account to make the call.

If the Macquarie committee had done this, its 2019 Word of the Year would have been “cheese slaw” (a salad of grated carrot, grated cheese, and mayonnaise), which it admits would have been a “niche and controversial” choice.

Macquarie has posted a photo on its website of a cheese slaw (stuffed into a sandwich), as well as an equally unappetising photo of a companion food word “mukbang”. A mukbang, by the way, describes a live online broadcast in which someone eats, often a large amount, while simultaneously speaking to their audience.

Criteria apart from “new” for Macquarie appear to be that a word is ubiquitous, timely, influential, and makes a valuable contribution to Australian English. So, does “cancel culture” qualify? Kind of.

Macquarie sorts the year’s new words into 15 categories, and one could spend an enjoyable time and several hours cruising through them: agriculture, arts, business, communications, eating and drinking, environment, fashion, health, politics, sport, and technology.

Two of the most interesting new additions - both runners-up as word of the year (along with eco-anxiety) - are “ngangkari”, adopted unaltered from Pitjantjatjara, for an Indigenous practitioner of bush medicine, and “thicc” from African American English, which “celebrates body positivity that does not conform to conventional white standards of beauty”.

The environment figures strongly in this year’s shortlist, in “eco-anxiety”, “flight shaming”, and “drought lot”. Still, the folk at Collins Dictionary named their Word of the Year for 2019 as “climate strike”. The Oxford Dictionary chose “climate emergency” as its Word of the Year.

Read more: Why declaring a national climate emergency would neither be realistic or effective 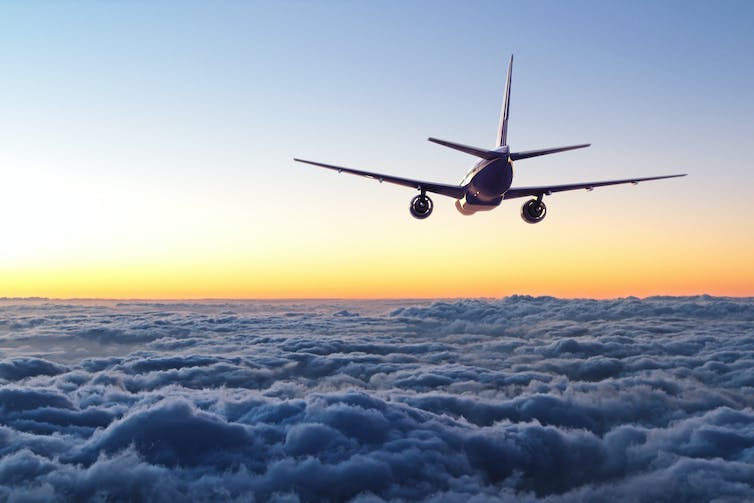 The Macquarie Committee has now opened the voting for People’s Choice Word of the Year 2019. Only once in the past five years has the committee’s and the people’s choice aligned. In 2015, “captain’s call” won both categories.

You may wonder why the competition is even called “word of the year” when it comprises two words, or even three. In 2016 the people’s choice was “halal snack pack”. As the website points out, it’s the lexical unit of meaning that the committee considers, what’s called the “headword” in a dictionary.

In the meantime, if you are interested in chasing up the Macquarie shortlist and maybe voting, you have until midnight on Sunday December 8 to do so.